TCA 2019: Original series co-creator Josh Schwartz tells TheWrap new show is about “how we’ve all become Gossip Girl in our own ways” 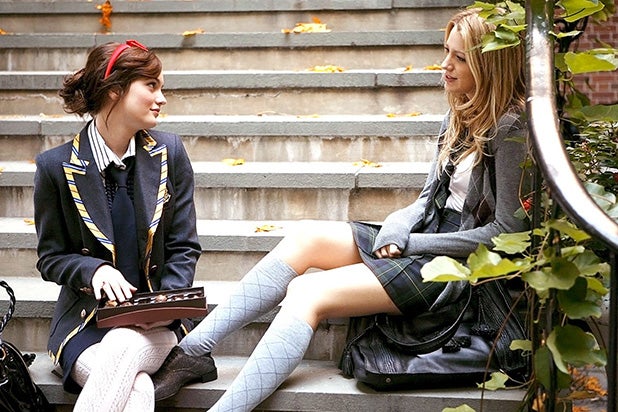 Hey, Upper Eastsiders, we have a scoop for you about HBO Max’s upcoming “Gossip Girl” reboot: the entire original cast has been asked to return for the project.

“We reached out to everybody in the cast before the announcement came and let them know that, you know, it was not contingent upon their involvement, that it was going to be a new generation of Upper Eastsiders attending the school,” “Gossip Girl” co-creator Josh Schwartz told TheWrap during the Television Critics Association press tour Friday. “But, obviously, we loved working with everybody in that cast and it was such an important moment in our lives and six wonderful seasons with them, that if anybody wanted to come back, we would absolutely love to have them.”

Based on the book series by Cecily von Ziegesar, “Gossip Girl” aired for six seasons between 2007 and 2012 and was one of the first original series for The CW. The sequel, which will be 10 episodes, will take place eight years after the events of the original series and be a completely new story set in the same world. So there is definitely a way for the “GG” alums to return.

“Again, if they feel like they played that part and have moved on, we respect that, and if they want to come play with us again, we would love to see them,” Schwartz said.

Schwartz and fellow “Gossip Girl” co-creator Stephanie Savage are both returning as executive producers on the reboot, along with Joshua Safran, who will write the script.

Here is the description from HBO Max: Eight years after the original website went dark, a new generation of New York private school teens are introduced to the social surveillance of Gossip Girl. The prestige series will address just how much social media — and the landscape of New York itself — has changed in the intervening years.

That take is what Schwartz said finally made them think a “Gossip Girl” sequel could work.

“Well, part of why we were so excited about doing it now is that when we sat with Josh Safran — who is going to be the showrunner on the new version of the show and he was such a critical part of the show the first time and was executive producer on the show with us — he just had this really smart, great take about how Gossip Girl could come back in 2019, and how the world has changed, and how we’ve all become Gossip Girl in our own ways.”

“It felt really smart and pressing and timely,” Schwartz added. “We didn’t want to do it if it wasn’t the right take. We’re proud of the original show, and people can still watch it on Netflix — and seem to be still watching it on Netflix — which is really nice. So we didn’t want to do a version that would feel like it was undermining the original version in any way.”