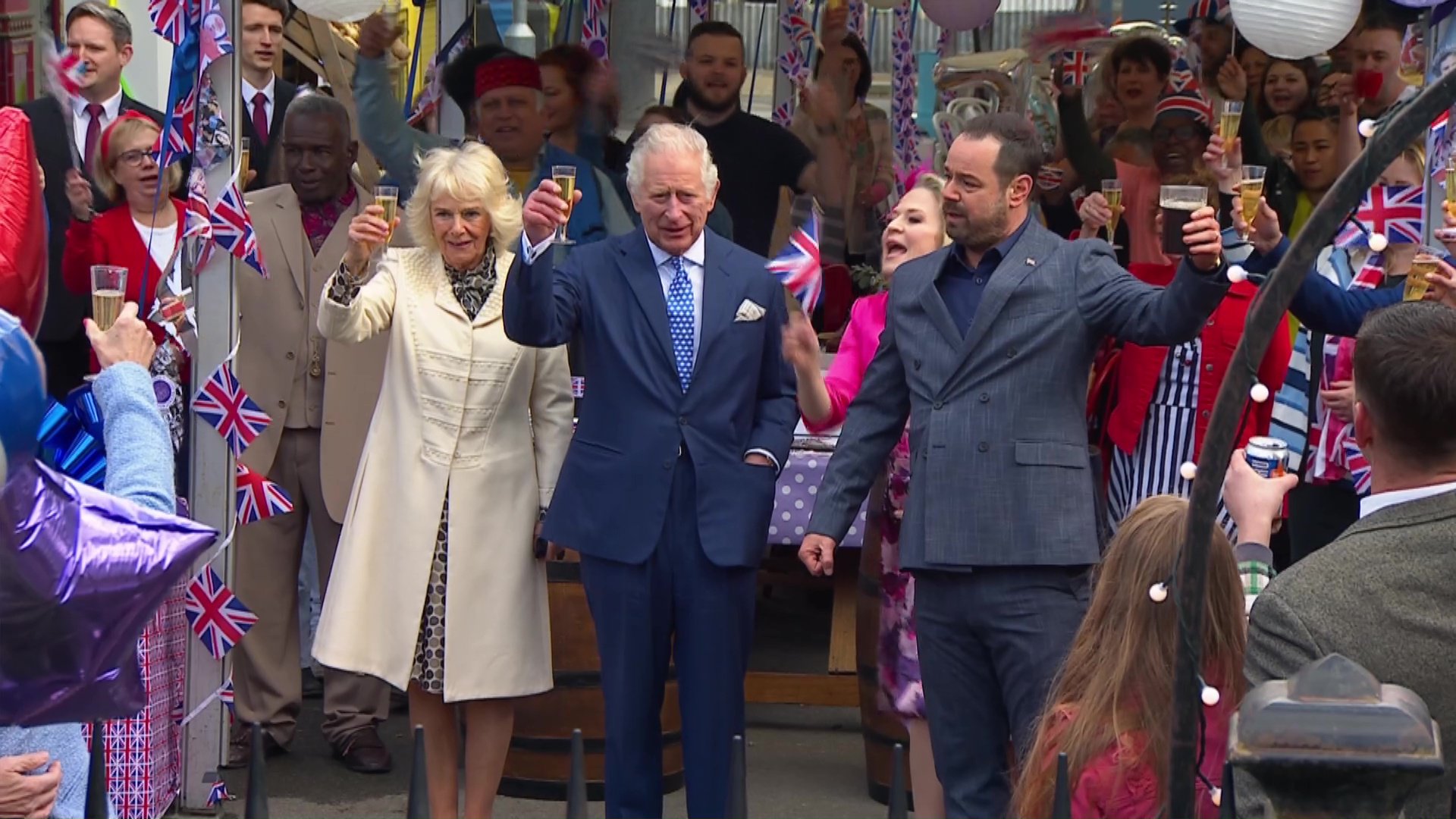 The Prince of Wales and The Duchess of Cornwall will make an appearance in the show next Thursday (June 2), joining the residents of Albert Square as they mark the Queen’s Platinum Jubilee with a street party.

The specially shot scenes were filmed back in March when Their Royal Highnesses visited the set of EastEnders to meet the cast and crew of the long-running drama.

With less than a week to go until the big moment, EastEnders has given fans a little sneak peak of what’s to come in the form of a trailer.

‘You have got to see this!’, exclaims Harvey Monroe in the short teaser, as he tells Kathy Beale all about Mick and Linda Carter’s special guests for the Jubilee.

Outside the Queen Vic, Charles and Camilla make a very royal entrance, as they step out of their car to be met by Mick and Linda, who subsequently introduce them to the residents of Walford.

On filming the scenes, Linda Carter star Kellie Bright said: ‘I did think what amazing sports that they are just willing to do it.’

‘I just thought wow, they’ve never done anything like this before.

They didn’t really know what to expect, I mean it must have been nerve wracking for them and completely out of their norm. So I just hope they enjoyed it as much as we did!’

Chris Clenshaw, Executive Producer added: ‘We are truly honoured to have both The Prince of Wales and The Duchess of Cornwall appear in what is set to be one of EastEnders’ most special episodes.

‘Linda Carter is naturally in her element and giddy with excitement as their Royal Highnesses arrive in Walford but it wasn’t just her as for all of us at EastEnders it was an extremely special day that will go down in EastEnders’ history.’