IT’S a place where every child desires a digital companion called a B*Bot – short for Bubble Bot – and where a young boy called Barney and his malfunctioning robot mate Ron show us what true friendship might mean in a social media age.

But it’s also somewhere that started out as nothing more than a twinkle in someone’s imagination  . . . and a blank sheet of paper. 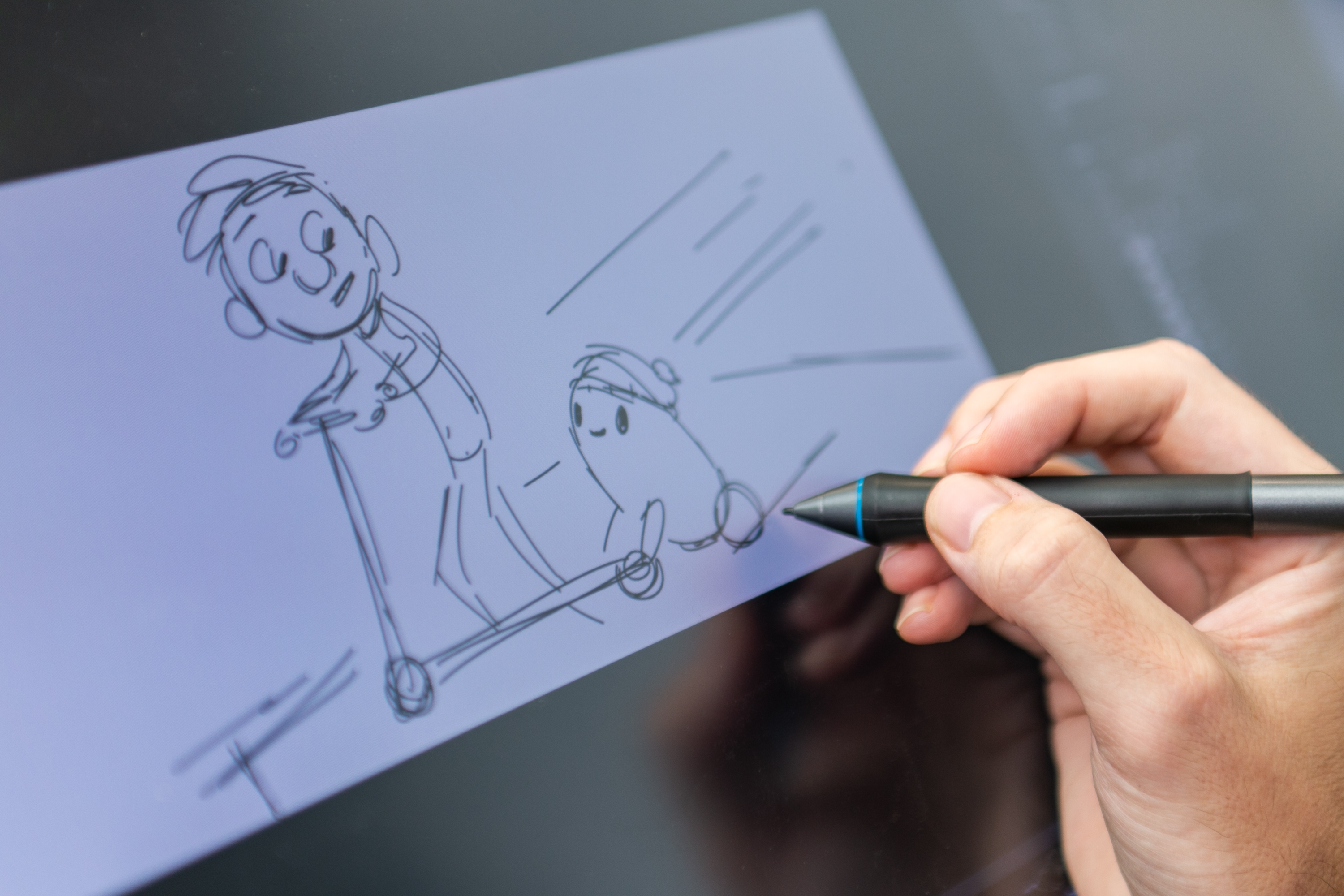 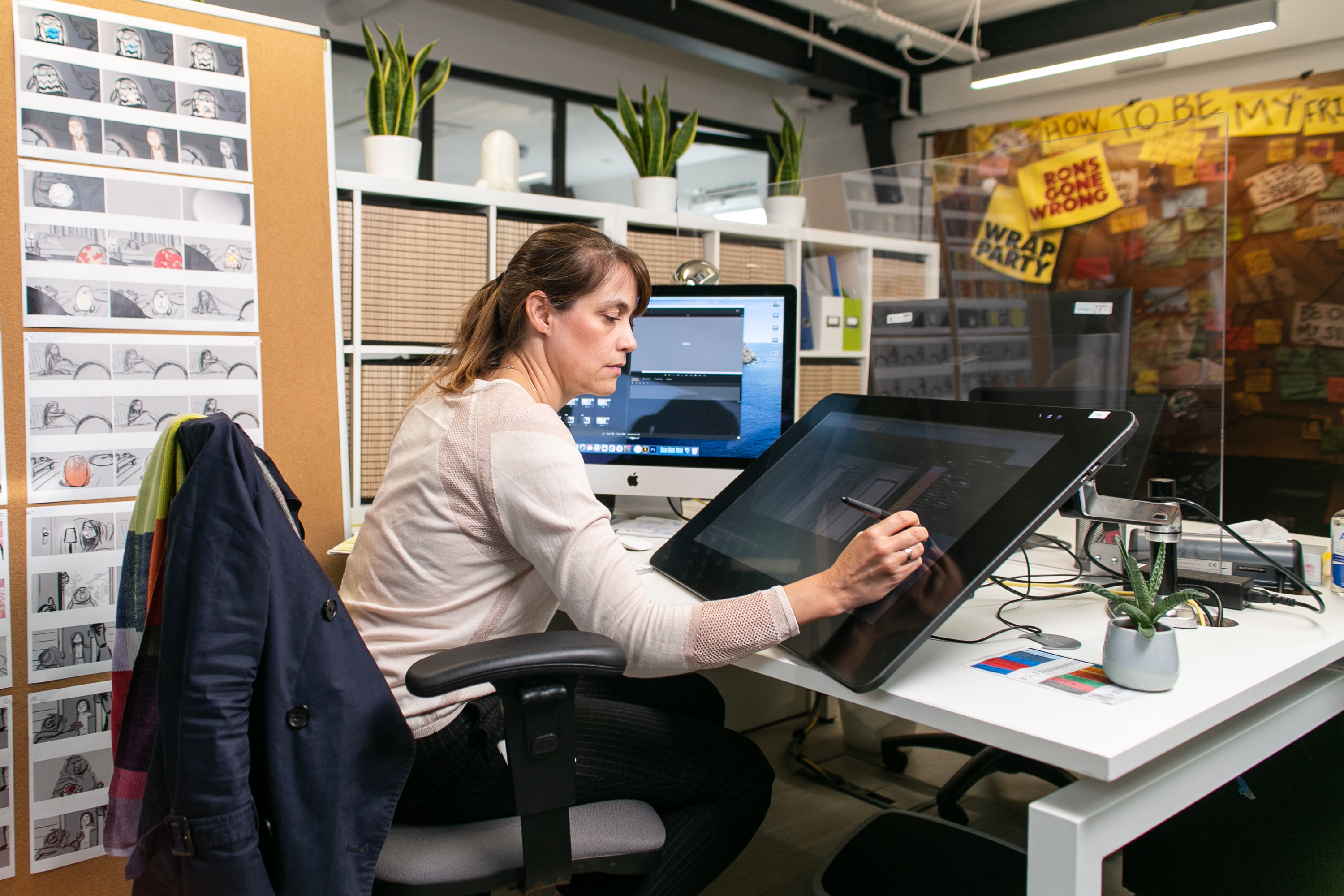 Welcome to the wonderful world of British company Locksmith Animation.

Founded in 2014, the UK’s only dedicated high-end CG (computer graphics) feature animation studio is the brainchild behind Ron’s Gone Wrong and home to the talented creative team that brought to life the adventures of Barney Pudowski (voiced by Jack Dylan Grazer) and Ron (Zach Galifianakis).

Developing a whole new animated landscape and all its inhabitants for the big screen can’t be rushed. The journey from initial idea to the feature-length animation being shown in cinemas from today has taken an incredible four and a half years.

And amazingly, the process all began with some good old-fashioned drawings.

So did the places we see them in, such as Nonsuch Middle School and Bubble HQ.

This is called storyboarding. Locksmith Animation’s story development team, led by Ash Boddy and Helen Schroeder, came up with an entire movie outline made of small, hand-drawn, index-size pictures.

At the very beginning, some of these thumbnails are even done on Post-it Notes. Slowly but surely these sketches, or panels, become more intricate. They start to capture the essence of the world in which Barney lives and the way characters will move, dance, even twitch their eyebrows as they graduate to fully animated life.

Meanwhile, Locksmith’s produc- tion designer, Aurelien Predal, is busy developing the overall aesthetic of everything we see on screen. From the cast’s personalities, emotions, mannerisms and feelings, to the environments and locations we see them in, Aurelien wanted to make Barney’s world feel true and relatable to both children and adults.

He was inspired by everything from New York’s Guggenheim Museum for the look of Bubble HQ to his own pet cat, who became the basis of Donka’s goat. Roughly two years into the process, 2D sketches finally start to become 3D animation. Doug Ikeler, consultant VFX supervisor, and development art director Justin Hutchinson-Chatburn created virtual reality “sets” for what will become the finished movie scenes.

Thanks to cutting-edge kit — originally created for gaming — the tech wizards can create a blueprint version of all the locations in the film, such as Barney’s bedroom, and with virtual reality headsets on are then able to enter and move around as the characters.

This ensures that every little detail is exactly right before animators create the final imagery we will see on screen. It’s a painstaking process. Each animator produces roughly one shot a week — that’s just four to eight seconds of screen time — so it’s vital to get the details right beforehand.

Throughout the process the editing team controls the timing and pacing of the film, monitoring the laughs and the lumps in our throats.

And with run-through screenings every four months all the way through the film’s lifespan, early mock-ups have all the Lockdown Animations crew — even producer and president of production Julie Lockhart — acting out all the parts before the digital stars are finally assigned their final “real” actor voices.

The end result is a true labour of love from a team proud of the emotional heartbeat of the characters and world they have created from scratch.

So when you are in the cinema laughing at Donka, giggling at Ron, or smiling along with Barney, remember — it all started with an empty sketchbook and a big imagination. 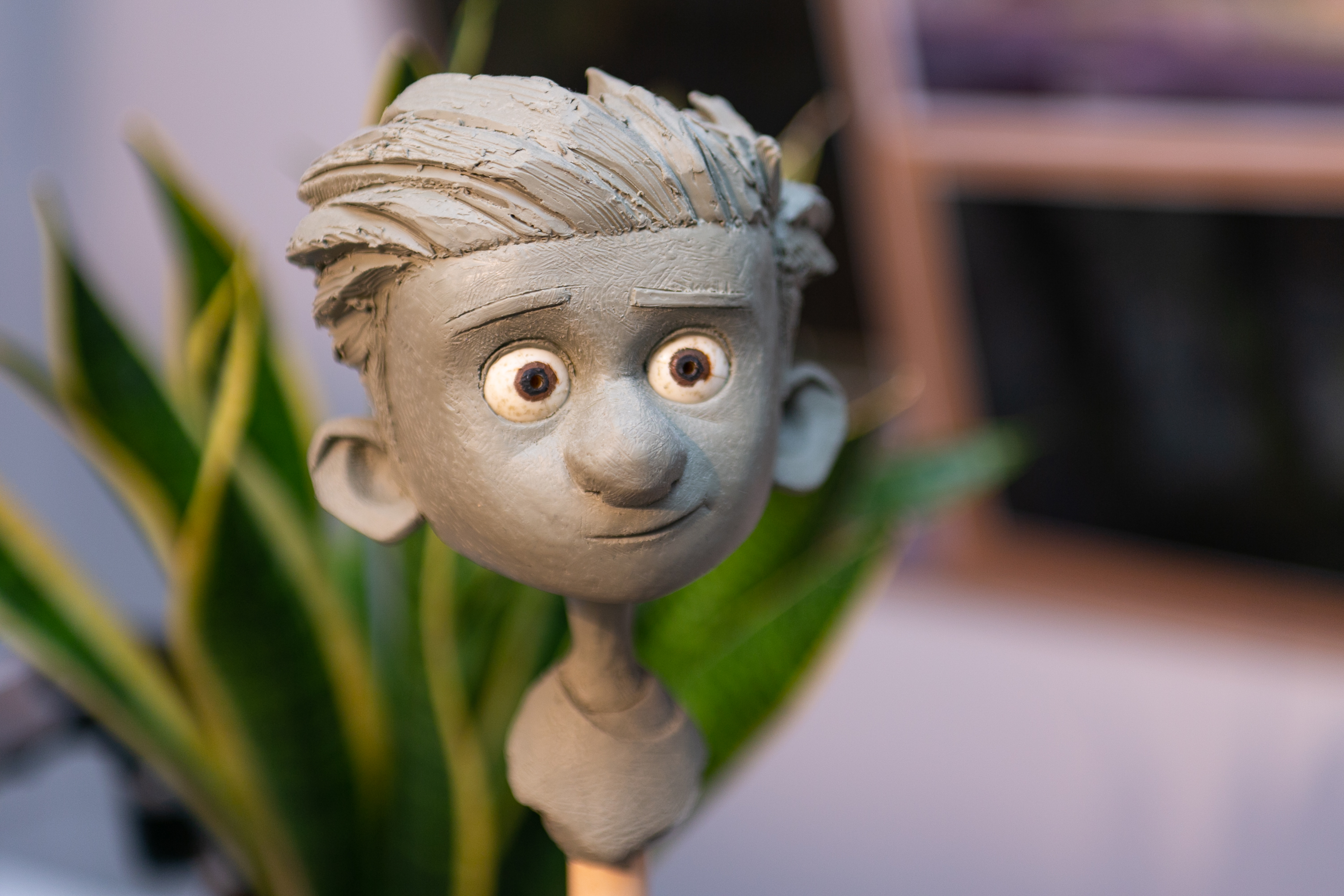 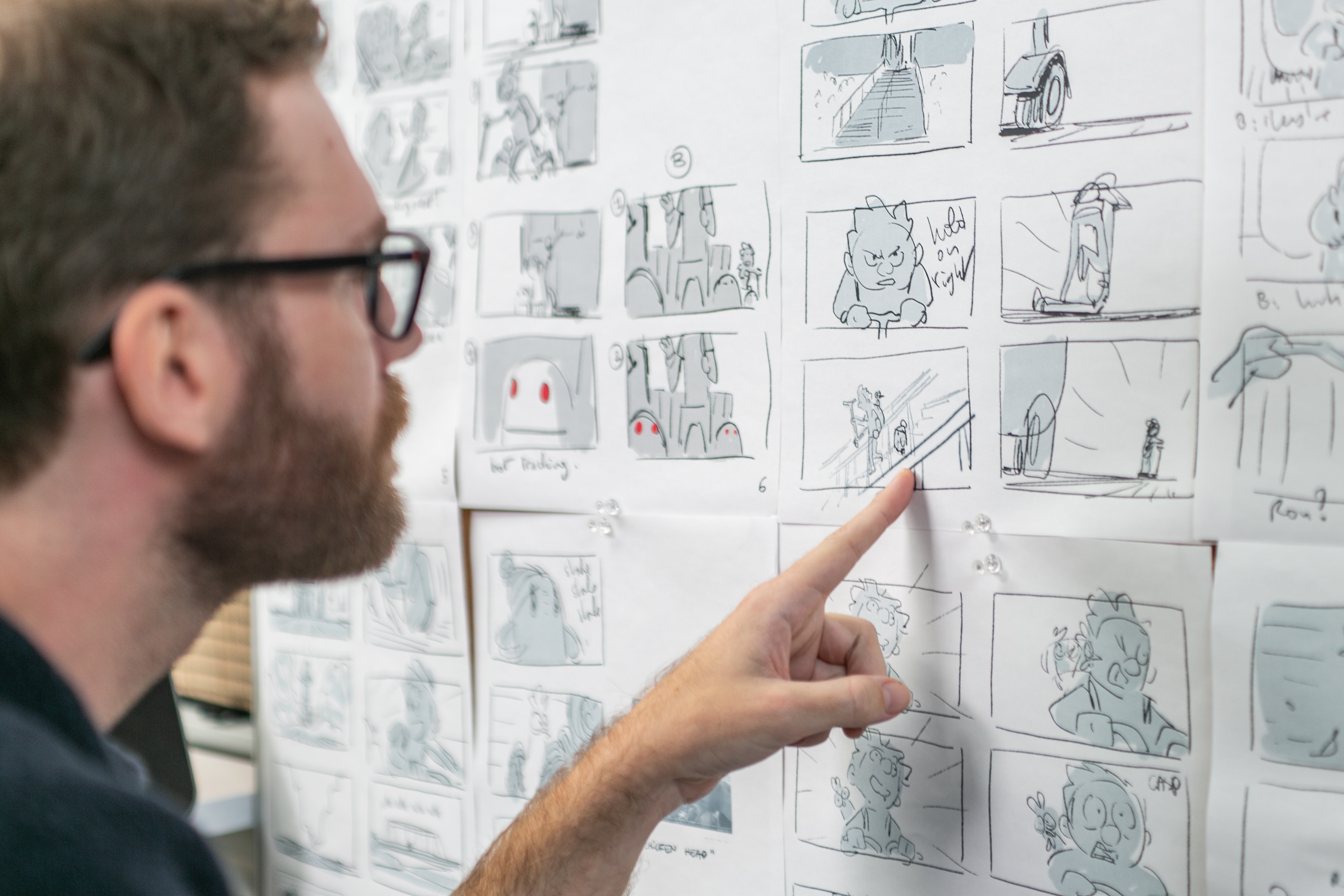 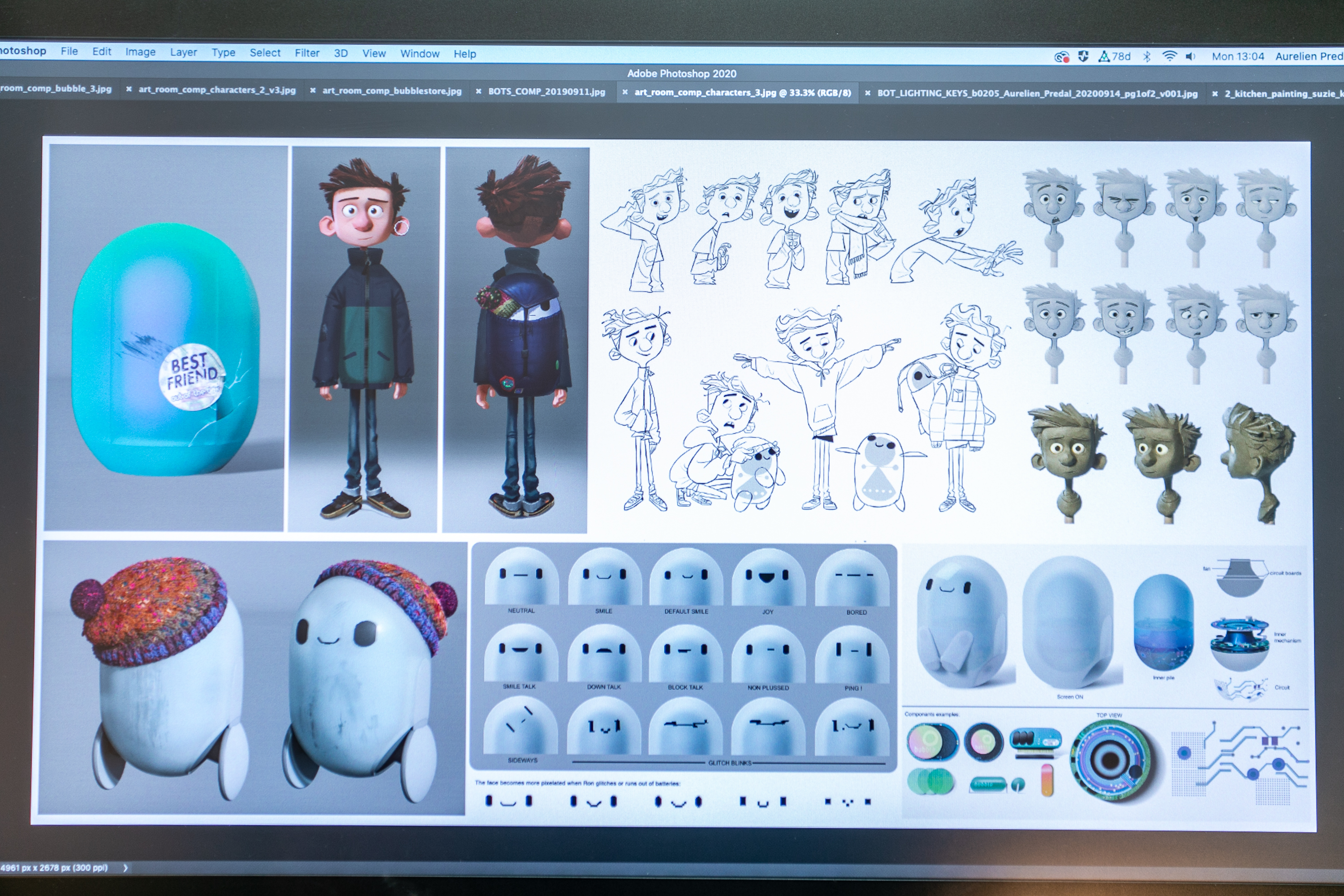