Saving Private Ryan is widely-considered one of the best war films ever made. The movie’s intense violence, powerful acting performances, and realistic portrayal of pivotal moments in World War II make it undeniably great. Tom Hanks’ performance, in particular, is frequently regarded as one of the best of his career.

Hanks himself remembers the strong emotions everyone felt during production, and recalls feeling like he’d visited a “holy place” when he went to the real Omaha Beach.

‘Saving Private Ryan’ was filmed in Ireland and England 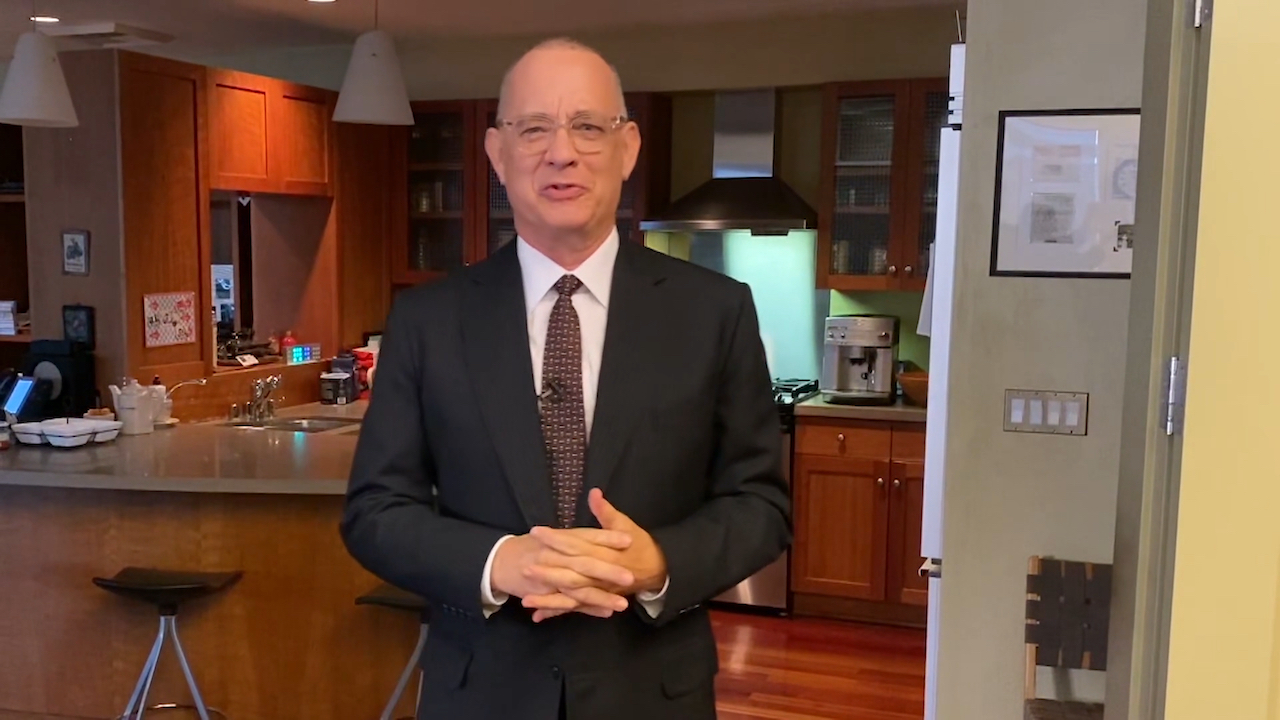 Although Saving Private Ryan reenacted the D-Day invasion of Normandy, France on screen, the intense opening sequence was not filmed there. Steven Spielberg shot the movie’s intense opening Omaha Beach scene in Ireland, at Ballinesker Beach.

Spielberg was determined to make every scene in Saving Private Ryan as realistic as possible, and Ballinesker Beach was the closest replica they could find for Omaha Beach.

Hanks also had a major part in creating Saving Private Ryan, playing the lead role of Captain Miller. In the film, it’s his responsibility to locate Private Ryan and bring him back home safely.

Hanks claimed shooting Saving Private Ryan was a “tactile experience” for everyone involved during a recent interview with Graham Bensinger. Because his character’s group was based on a real-life military unit, he tried to find evidence of its existence during a visit to Omaha Beach.

“The movie was shooting the sequences there and I lingered,” Hanks said. “Well, I walked the entire length of Omaha Beach, from one end to the next. And just knowing everything that had happened there, I got to the very end and I was wondering if there was going to be any sort of sign of who we were [in the film] …”

Tom Hanks was ‘in a holy place’ while at Omaha Beach

At the end of the beach, Hanks saw an array of memorials dedicated to fallen soldiers. When he finally found a plaque commemorating his unit in Saving Private Ryan, Hanks felt like he entered a sacred space.

“There’s memorials all scattered along and you stop and you read each one, and at the end of it was this plaque on this concrete retaining wall … and that was us, we were Charlie Company of the Rangers,” Hanks said. “And to see that there, after we had gone through this kind of thing, it was—kinda rocked me. Made the hairs stand up on the back of my head. And walking back down, back to the very famous cemetery there, I just realized I was in a holy place.”

“We were interlopers, of course,” Hanks said. “We had the audacity and the hubris to think that somehow we could capture some of what that place means in the history of the world. It turned out we sort of did, but at the end of the day, all you can do is kind of like bow your head in understanding of, you know, the great providence that had happened there.”

“I don’t think anybody who has some semblance of historical knowledge, or even without it, can go to a place like that—and they are scattered all over France, they’re scattered all over Europe—and not take pause there, and think, ‘What would I have done if I had been a 19-year-old kid there on that day?’”