If your first film is like your first-born child, then the adage would hold that it takes a village to make a movie. Especially when you’re fresh out of film school, just 24 years old, and working on a tight indie budget. From the outside, Emma Seligman’s “Shiva Baby” employs many hallmarks of independent film: It’s set in one day, shot in a single location, and features a breakout performance from a relative newcomer, comedian Rachel Sennott. But behind the scenes, there were other forces unique to indie film: A network of women — producers, actresses, and fellow filmmakers — supporting Seligman at every step.

Darkly funny and pulsing with the energy of a fresh new voice, “Shiva Baby” follows wayward college student Danielle (Sennott) on the day she runs into her sugar daddy Max (Danny Deferrari) at a family shiva. Standing between Danielle and her bagel and lox are two smothering Jewish parents (played to perfection by Fred Melamed and Polly Draper), inevitable comparisons to a high achieving former friend and fling (Molly Gordon), and her own anxiety, self doubt, and flimsily constructed sexual empowerment.

As Danielle frantically tries to dodge Max, the sugar baby element adds a funny layer of stress to the shiva. It’s a darkly feminist twist to the already humorous and uniquely Jewish spectacle of people noshing and kibbutzing over someone’s (no one seems to care whose) literal dead body.

When Seligman wrote the short that would premiere at SXSW last year and lead to the feature, “sugaring” was so prevalent at NYU that it was totally normal for Seligman and her friends to have accounts on Seeking Arrangements, a site that matches generous older men with young women. Though she only ever went on one date herself, it got her thinking about the limits of so-called “sexual empowerment” for young women. 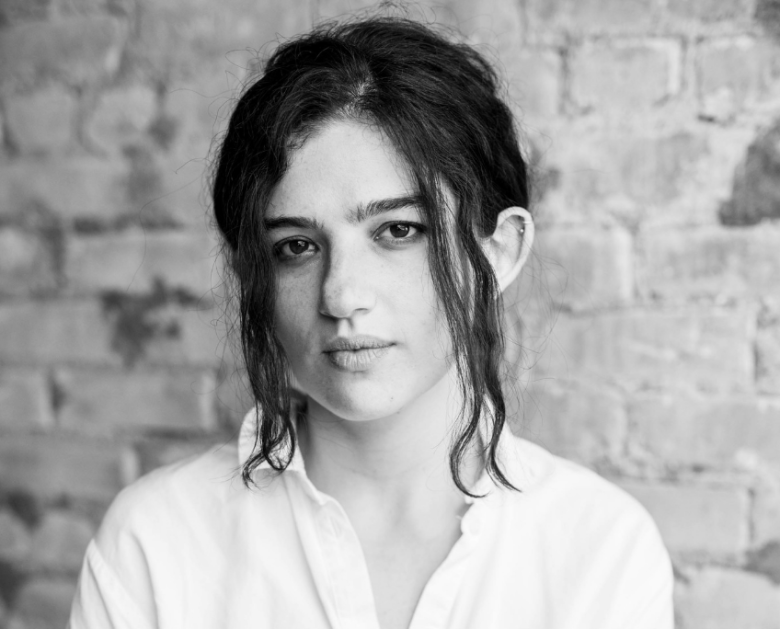 “What attracted me to it was the power element, which — for me — I figured out was not real,” Seligman said during a recent interview with IndieWire. “At the time, I was realizing that the only power I had in my life that formed my self worth was sexual validation or my ‘sexual power.’ … That became the base of what the movie was about: a young woman realizing she had no power and letting the little girl that her parents see her as and the sexually independent version of herself she had presented to her sugar daddy clash.”

Aided by Ariel Marx’s tense original score, the tastefully decorated walls gradually close in on Danielle as these realizations hit her in waves. While “Shiva Baby” starts with a funny sex work premise, it quickly becomes about Danielle’s post-college identity crisis. Seligman makes expert use of the single location, the house in which the shiva is taking place, to turn the screws. She called Trey Edwards Shults’ similarly anxiety-ridden “Krisha” a major reference point.

“I watched ‘Krisha’ over and over again, and then I started watching anxiety-driven films about women. That helped me create the real story of this woman on having a nervous breakdown,” she said. “I shaped my experiences from shivas and awkward family interactions around her day crumbling in front of her eyes and her power being eradicated from her. Just her losing it, basically, over the course of the day.”

The tightly-woven script attracted some name talent, including Diana Agron, Jackie Hoffman, Melamed, and Draper, who’s so funny and precise as Danielle’s mother you’d never know she’s not Jewish. Though initially Seligman wanted a Jewish actress for the part, she said Draper practically “strong-armed” her into casting her.

“I didn’t know what to do,” she said of the initial meeting. “I was like 24 and was just like, ‘Okay, whatever you want.’ And, then my casting director and producer were furious with me because we had an offer out to our gajillionth person, and they were like, ‘You can’t do that.’ And I was like, ‘Well, she just got me.’” 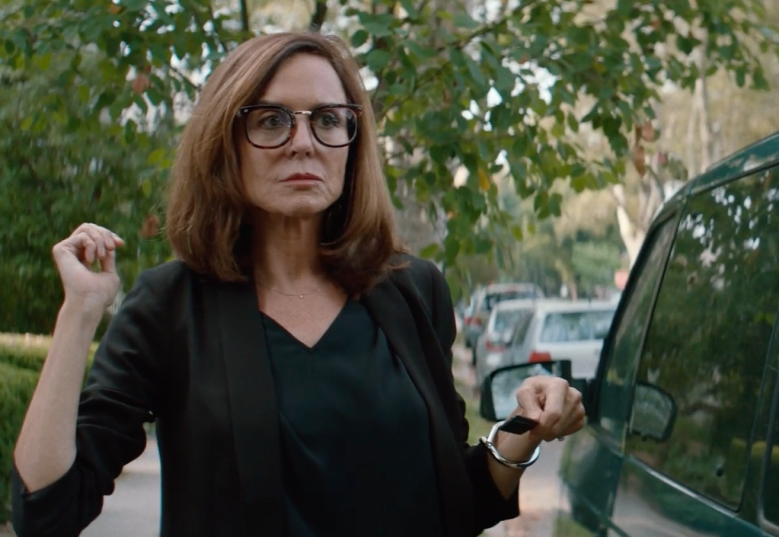 It turns out Draper — a filmmaker in her own right — had a lot more pushy Jewish mother in her than Seligman had bargained for. “She was very opinionated and improvised a lot,” Seligman said. “She and Debbie Offner would get out of the van together in the morning and be like, ‘You shouldn’t have put us in the same van, because we created a whole new scene.’”

While she was grateful for Draper’s input and says it undoubtedly elevated the film, it wasn’t always easy to say no. “I didn’t really know how to negotiate that,” she said. “It’s also just a lot of imposter syndrome when you’re young and on your first film.”

She felt better after a pep talk from her friend Annabelle Attanasio, who had recently navigated similar territory with her feature debut, 2019’s “Mickey and the Bear.” “After the first couple of days, I got over it,” Seligman said. “I was never nervous really from that point on, but sometimes, I just didn’t know how to assert myself, and I think that’s just something that probably over time comes with experience.”

Judging from what she’s accomplished in “Shiva Baby,” Seligman had nothing to worry about. According to Danny Deferrari, who plays Max, she is wise beyond her years. “Emma is more mature and talented than directors I’ve worked with who are over fifty. She’s clear and extremely collaborative,” said Deferrari. “She understands how the human condition metabolizes pain, trauma and stress into something cathartic and humorous.”

A Utopia release, “Shiva Baby” is now in select theaters and VOD platforms.