The 40-year-old cancer campaigner sadly died on Tuesday following a five-year battle with bowel cancer. She had been receiving hospice-at-home care but had continued to raise awareness of the signs of the disease and was determined to make the most of her final weeks. Speaking to BBC Breakfast on Wednesday, broadcaster and close friend of Deborah James, Tony Livesey, explained how she felt she’d done deals with the devil and confessed she was “scared” before her death.

Talking about her bravery, he stated: “Another sign of her strength of character was in January after an interview, we put the phone down and she immediately collapsed, she had sepsis and almost died.

“We subsequently talked about it, literally putting the phone down and she was in hospital being treated for it and she was still dictating pages of her book to someone sat next to her bed.

“She had this amazing drive – she talked about it as a deal with the devil I think, she lived longer than she expected too, thank God.

“And she said to me in her garden in that last interview, ‘I can’t do more deals with her devil,’ kind of saying, ‘My time’s up.’ 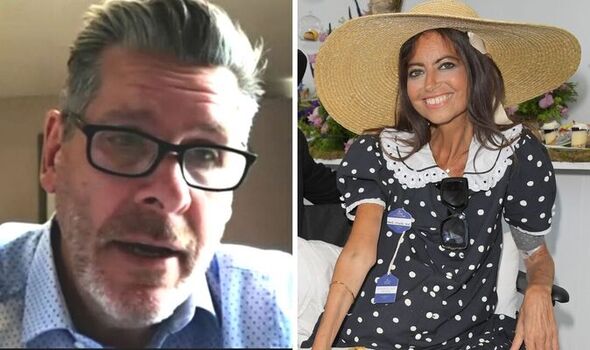 “She was driven by a love for her family of course, but just had this inner drive to save lives.

“Fame was a byproduct for Debs, she just wanted to save lives.”

BBC Breakfast host Nina Warhurst asked: “There was that moment where she said to you, ‘Tony, I’m scared now,’ what’s it like hearing that from a mate?”

Tony replied: “Subsequent to that interview going out, people said, ‘How have you managed that?’

“And to me, all I thought was we were just having a conversation on a park bench.”