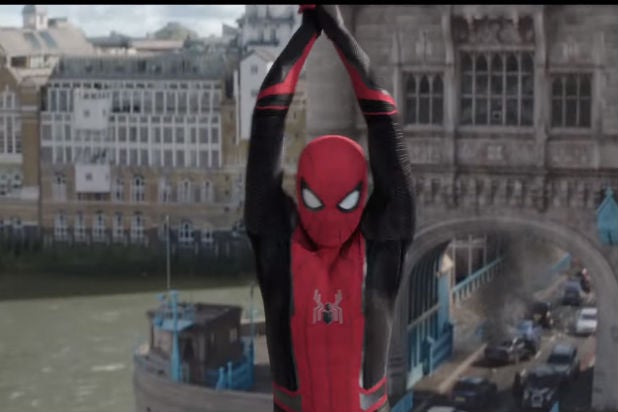 This weekend’s new movies failed to leave much of an impact on the box office charts this weekend as Sony’s “Spider-Man: Far From Home” continues to swing past all previous Spider-Man films with a $45.3 million second weekend total.

Worldwide, the eighth Spidey film and the second produced by Marvel Studios has grossed an astonishing $847 million, becoming the biggest Spider-Man film internationally with $572.5 million grossed overseas. “Far From Home” will pass the $880 million global total of “Spider-Man: Homecoming” this week, and is 22% ahead of the domestic pace set by that 2017 film.

Taking second on the charts is Disney/Pixar’s “Toy Story 4,” which is approaching $350 million domestic with an estimated $20.3 million fourth weekend, bringing its total to $346 million and keeping it slightly ahead of the pace set by “Toy Story 3,” which made $339 million to this point in its 2010 theatrical run.

But the continued success of these two blockbusters came somewhat at the expense of two lower-budget newcomers: Paramount’s “Crawl” and Disney/Fox’s “Stuber.” “Crawl” has gained some post-release word of mouth thanks to a 89% Rotten Tomatoes score and a B on CinemaScore, and grossed a decent $12 million opening from 3,170 screens against a reported $13 million budget. Paramount is hoping that “Crawl” will leg out as well as “47 Meters Down,” which opened to $11.2 million in 2017 and went on to gross $44 million.

But “Stuber,” a film inherited by Disney from the Fox merger, is struggling with just an estimated $8 million opening from 3,050 screens. Reception for the film was much more lukewarm with critics with a 47% Rotten Tomatoes score and a B from CinemaScore audiences.

Farther down the charts, Disney’s “Aladdin” inches closer and closer to the $1 billion mark after earning $5.9 million in its eighth weekend, bringing its total to $960 million. “Avengers: Endgame,” meanwhile, is just $7 million away from passing the global total of “Avatar,” having crossed $850 million domestic in its 12th weekend.

Next weekend sees the release of Disney’s remake of “The Lion King,” which has received polarizing reviews from critics with a 60% Rotten Tomatoes score. The film opened this weekend in China to a $54.7 million opening, with $6 million from 618 IMAX screens.