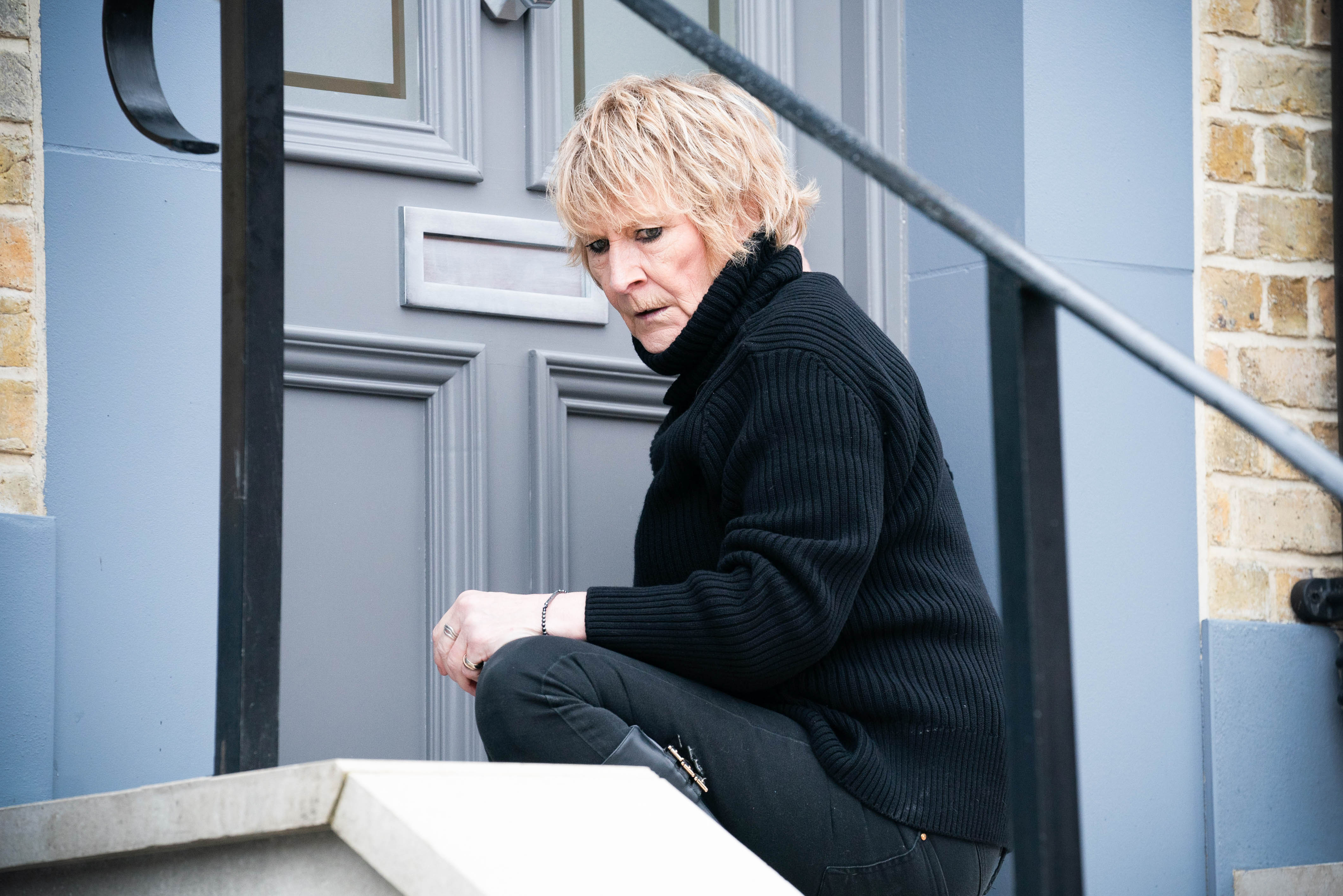 EastEnders viewers are fully aware that Shirley Carter (Linda Henry) has a very dark side, but is she capable of murder?

The beloved character was left devasted in recent episodes when she finally discovered Tina Carter’s body had been found in the Argee Bhajee.

As Shirley and Mick (Danny Dyer) grow desperate to find out what really happened to Tina, they call at Gray’s, convinced he must know something after being taken to the station by DCI Arthurs.

Gray ups the emotion and fakes grief over Tina’s death, promising Mick and Shirl he will try and help them where he can.

Meanwhile, unbeknownst to them all, Whitney (Shona McGarty) has worked out Gray must’ve been responsible for Tina’s death.

After telling Mick, it doesn’t take long until Whitney is forced to tell Shirley her theory as well.

Despite Mick’s doubts, everything falls into place for Shirley and she vows to end Gray.

Outside No.1, Shirley attempts to break Gray’s door down, but will she succeed?

Is Shirley about to murder Gray?