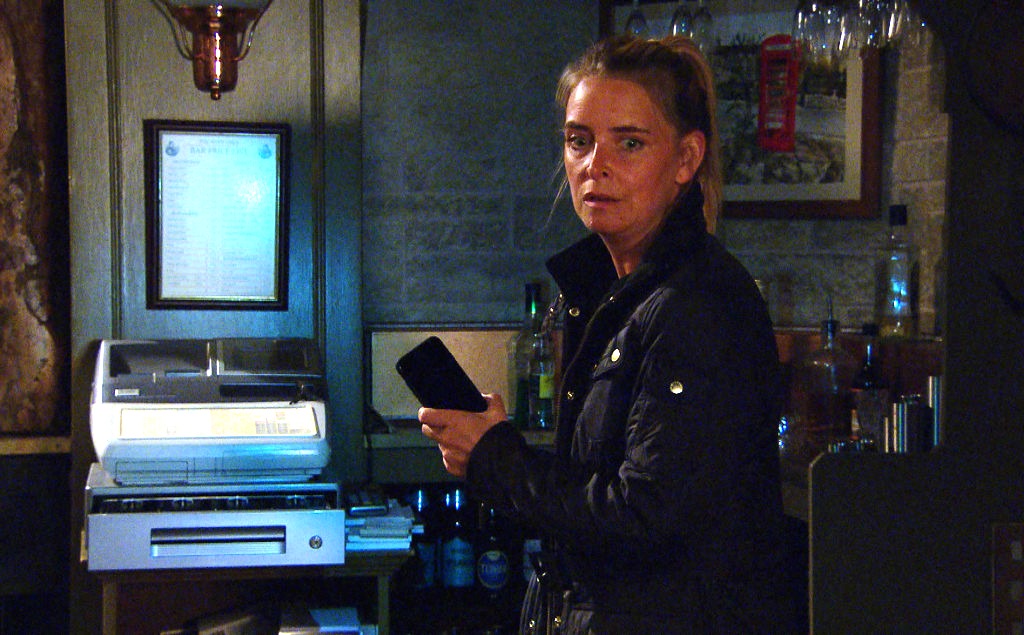 Intense scenes coming up in Emmerdale as Charity Dingle (Emma Atkins) is left to die after finding herself caught up in a robbery at the pub.

Chas (Lucy Pargeter) is unimpressed when the Woolpack electrics cut out, unaware someone has deliberately severed the external mains cable.

With the pub closed, a hooded figure breaks in, crowbars open the till and pockets the money.

Spotting the burglary, Charity enters but is knocked over when she tries to catch the intruder.

On Main Street, Chas reels as a semi-conscious Charity is taken to hospital after being found in a pool of blood.

At the hospital, a distraught Chas reveals to Paddy (Dominic Brunt) that Charity has a bleed on the brain.

Chas breaks down and prays Charity can pull through, but will she?

Meanwhile, PC Swirling arrives to investigate the robbery and it’s not long before he becomes suspicious…but what has he found?

And who is behind the robbery?

Someone out to get Charity?

Or someone Chas and Marlon know?