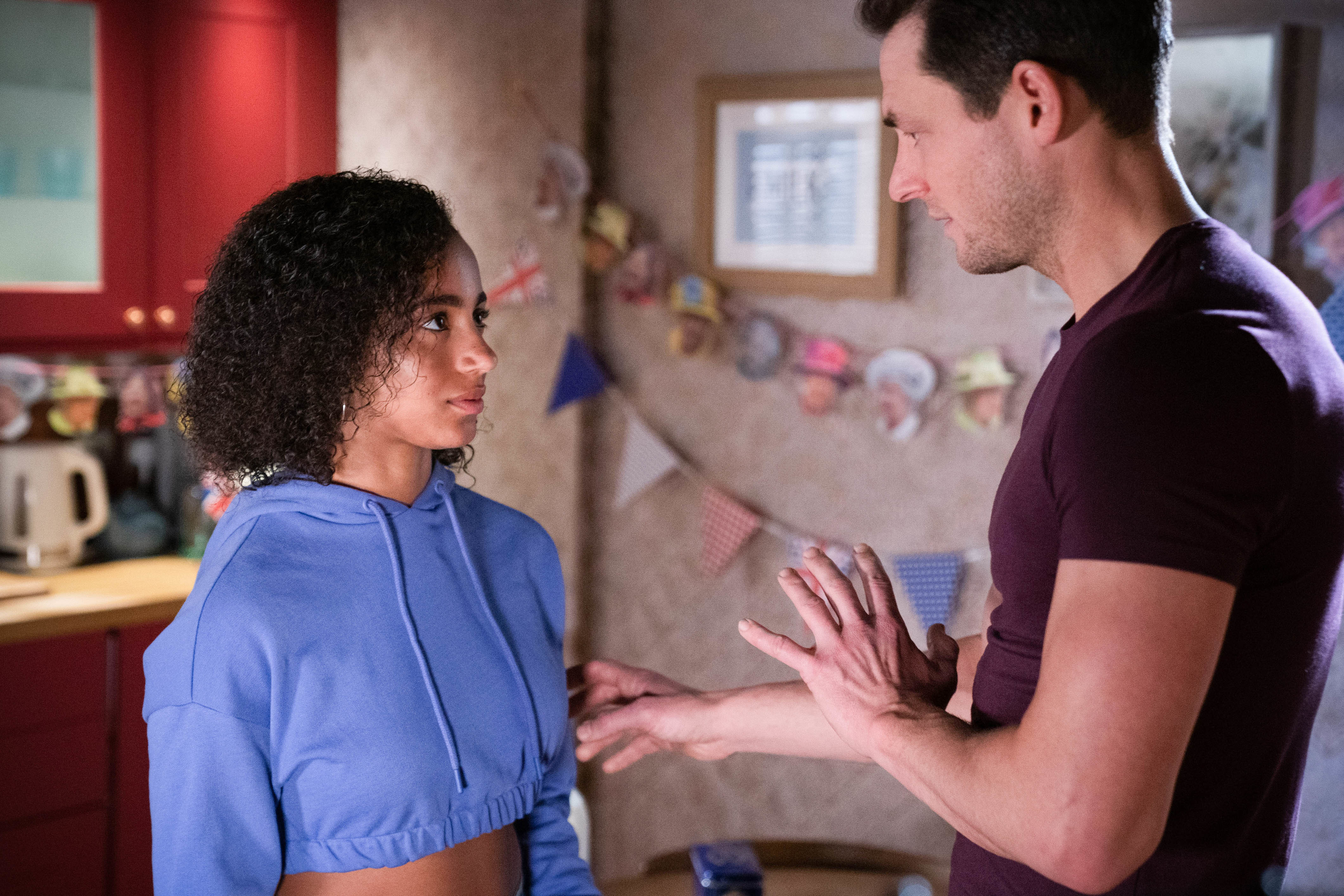 Zack (James Farrar) finds himself in the doghouse in upcoming episodes of EastEnders after Jada (Kelsey Calladine-Smith) accuses him of kissing her – and Sharon (Letitia Dean) promptly throws him out of the house.

The embarrassing incident comes about after Jada learns from Denise (Diane Parish) that she’s about to lose her job. Zack finds her feeling down in the dumps, and tries to cheer her up. They talk about their childhoods and discover they have quite a lot in common. Getting on well, they go off to spend the day looking around the tourist sights of London.

Zack has entirely forgotten that Nancy (Maddy Hill) sent him to pick up a set of keys, and she’s furious when he gets back from his day out and appears not to be taking their new business seriously.

Jada isn’t impressed by the way Nancy talks to Zack, and after she’s gone she tries to comfort him. That’s when she gets the wrong end of the stick and, thinking the atmosphere has turned romantic, moves in for a kiss. Zack doesn’t respond and he tries to play it down, not wanting to embarrass Jada more than she is already.

Unfortunately, as soon as Sharon gets back Jada gets her revenge for Zack’s apparent rejection of her by telling Sharon that he kissed her. Sharon isn’t going to put up with that sort of behaviour and tells Zack to pack his bags.

Will anyone believe Zack’s version of events?