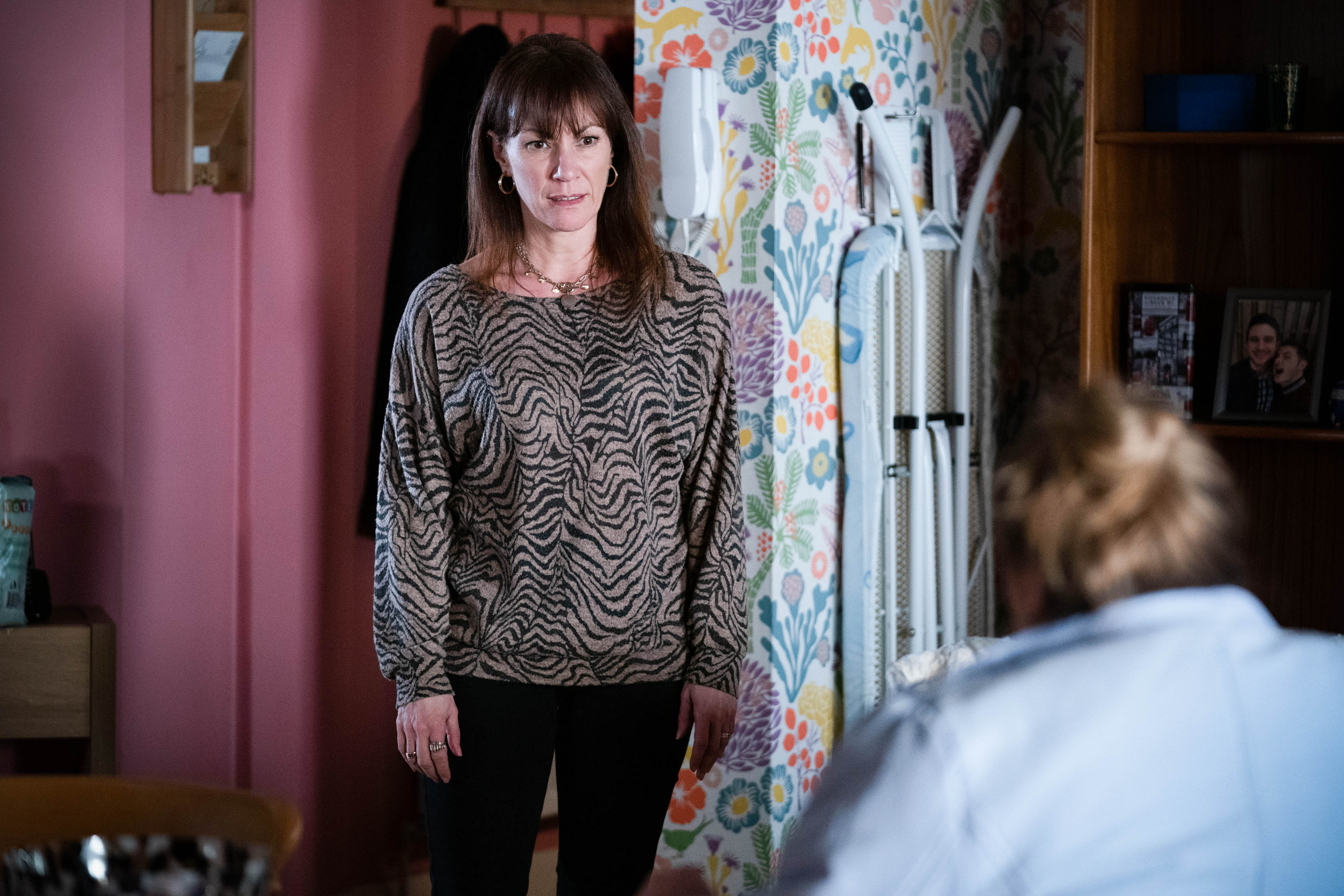 Rainie (Tanya Franks) and Stuart (Ricky Champ) are overjoyed when Bernie Taylor (Clair Norris) arrives back in EastEnders in upcoming episodes – and gives birth to the baby she’s been carrying as a surrogate for them.

What Bernie doesn’t know when she gets back is that Stuart is suffering from breast cancer, but it’s not long before Sonia (Natalie Cassidy) lets the news slip.

Bernie is obviously concerned for the future of the baby she’s carrying, but as she goes into labour Rainie reassures her that Stuart is beating the cancer and is going to be fine.

This isn’t true, though.

The Highways have just been told by a doctor that the effect of Stuart delaying his treatment by insisting on taking supplements instead of having surgery has meant that the cancer has grown and become much more serious. Stuart is still trying to ignore the reality of his situation by insisting that he’s going to continue with the supplements.

The baby is born and Stuart and Rainie are overcome with joy and love for the little boy. But as Rainie thinks about the future, she realises that she can’t let Bernie give the baby up based on a lie and tells her that Stuart is refusing treatment.

Will this change Bernie’s mind?