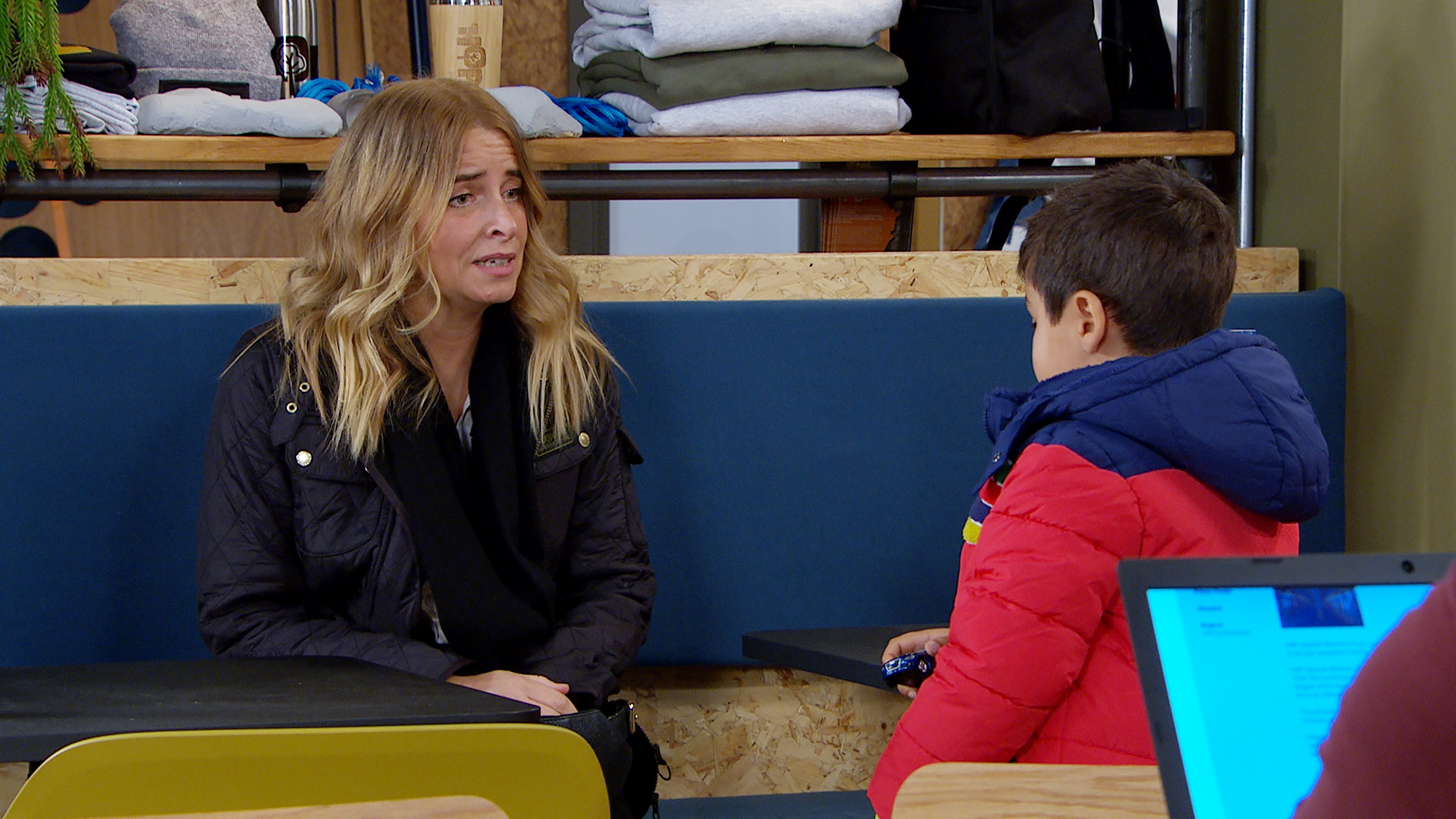 After organising a playdate for Moses and Johnny, Charity heads off, looking forward to her afternoon with Vanessa (Michelle Hardwick).

Meanwhile, Ryan gets multiple calls and when he eventually answers, he’s told some lifechanging information.

Ryan attempts to contact Charity but as she’s distracted, she rejects the calls.

Wanting someone to talk to, Ryan finds Mack (Lawrence Robb) and tells him his adoptive mother Irene has died.

Supporting Ryan, Mack offers to drive him to see his brother.

The next day, Mack urges Ryan to tell Charity about Irene dying, but will he?

Later on, Charity is left hurt and realises she’s upset Mack, Ryan and Vanessa, who are all annoyed by Charity’s typical behaviour.

If Ryan thinks Charity is too busy for him, will he keep Irene’s death a secret?

Or perhaps someone else will tell Charity about Irene?