As Stranger Things Season 4 shifts into the 80s, a standout theme ties into the occult, metal music, and Dungeons & Dragons, tying back to the Satanic Panic of the time. A time when parents feared Satanism, metal music, and the horror genre. While the season does not explicitly mention the craze of the 80s, there are many noticeable hints from Eddie Munson’s backstory to people’s response to the character and more. 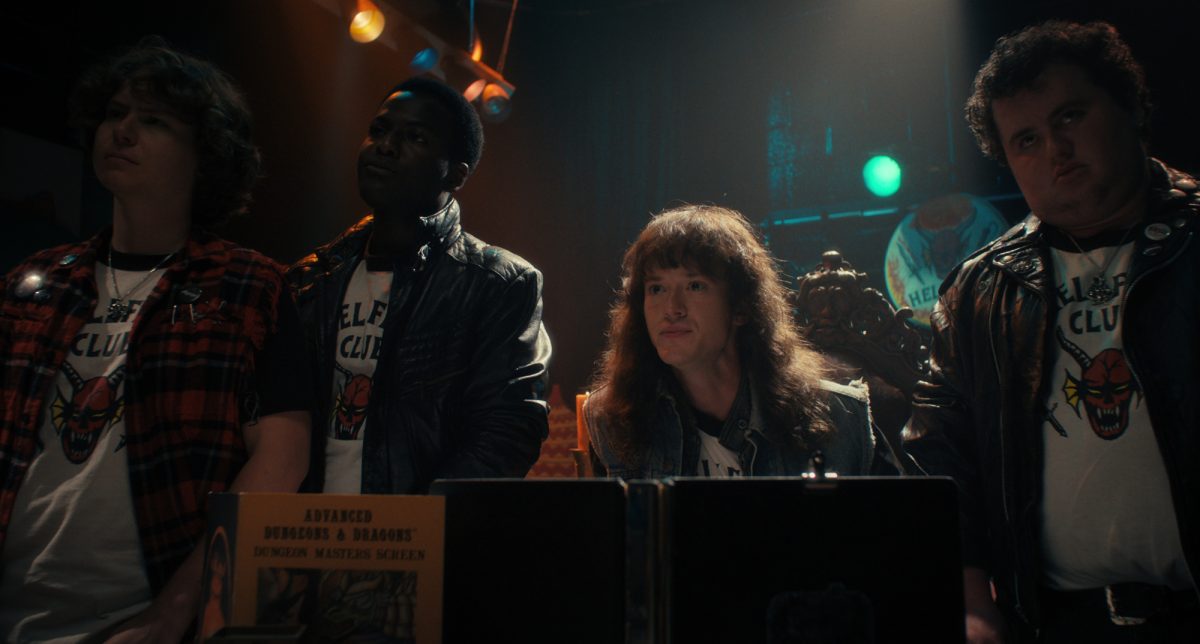 When fans first meet Eddie Munson, there is a significant clue to how Stranger Things Season 4 ties in the craze of the Satanic Panic of the 80s. Eddie reads a Newsweek article in the school cafeteria titled “D&D: The Devil’s Game.”

Eddie reads, “The Devil has come to America. Dungeons and Dragons, at first regarded as a harmless game of make-believe, now has both parents and psychologists concerned,” reads Eddie. “Studies have linked violent behavior to the game, saying it promoted Satanic worship, ritual sacrifice, sodomy, suicide, and even murder.”

He goes on to say that society has targeted fans of D&D and the delinquents. Eddie’s statement and article are related to the Satanic Panic craze of the 80s, where D&D became a hazard. According to Polygon, D&D became popular after the 1979 disappearance of James Dallas Egbert III, a college student.

People believed Egbert got too invested in playing D&D. The game led him to disappear in steam tunnels. The disappearance had parents and adults look at D&D as Satanic work. In reality, Egbert ran away and died by suicide. D&D became only one of the victims of the Satanic Panic craze of the 80s that Stranger Things Season 4 depicts. 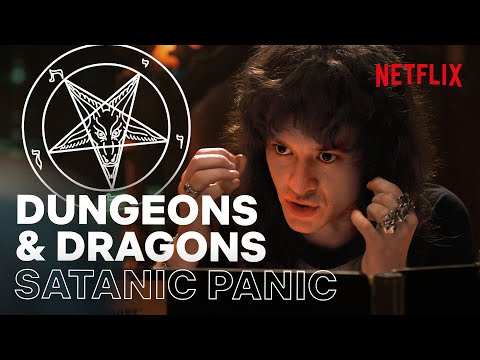 Fans got a teaser to the Satanic Panic being a theme in Stranger Things Season 4 during the finale episode of the third season. A news channel covers Hawkins’s strange events when the mayor is arrested. The reporter wonders if the town is cursed. He says, “a rise in Satanism is to blame.”

Metalheads became the number one target for the craze. Fans see how Eddie is called a “freak” by the preppy jocks. Chrissy even tells him she believed what people said about him being mean. When Chrissy dies, Eddie knows everyone will blame him due to him being who he is and his criminal record. Max’s mother even calls him responsible.

Despite not knowing the truth, the town and the basketball team soon tag Eddie as the enemy for being a renegade, metalhead, D&D player, and slacker. The inspiration behind Eddie came from an infamous murder case during the 80s.

According to Collider, teens who listened to thrasher or metal music were involved in Satanism. They became an easy target during the craze. “In 1985, Parents Music Resource Center (PMRC) was formed to protect children from the allegedly corrupting influence of sex, drugs, foul language, and occult iconography in music,” explained Collider. Bands included KISS, Metallica, and DOI seen on Eddie’s jean jacket.

The Duffer brothers have explained how the fourth season was created to be a thing of nightmares. To make that vision, they looked to the many horror movies that scared them to death as children. More importantly, 80s horror hits like Hellraiser, Nightmare on Elm Street, and notable characters.

It is no coincidence that the Duffers picked these movies, aside from growing up in the 80s. The first movie of Robert Englund as Freddy Krueger was in 1984, and Hellraiser in 1987. The height of the Satanic Panic. These movies defined anything to do with horror and the occult, the very things that drove adults mad during the Satanic Panic.

Fans can say the mere use of popular horror movies from the 80s as inspiration for Stranger Things Season 4 is an homage to the Satanic Panic that ravaged America and teens. Eddie Munson is a prime example of a metalhead teen, lover of D&D and horror that society deemed evil.