Survivor Season 41 was the first time the show featured the diversity initiative set into place by CBS. In 2020, the network created a mandate that ensured that half of its reality series casts would be Black, Indigenous, and People of Color (BIPOC). And in recent episodes, diversity has been a topic of conversation between the castaways. However, in episode 12, Erika Casupanan also mentioned that a woman had not won Survivor in a while.

‘Survivor’ has had 14 winners who were women

Out of the 40 seasons of Survivor, women have only won 15 of them. However, there are technically only 14 female Sole Survivors since Sandra Diaz-Twine won twice.

The first 20 seasons saw eight female winners in nine different iterations of the game. Tina Wesson was the first woman to win the reality competition series in season 2, Survivor: The Australian Outback. Following her was Vecepia Towery in season 4, who was also the first Black winner, Jenna Morasca in season 6, Sandra in seasons 7 and 20, Amber Brkich in season 8, Danni Boatwright in season 11, Parvati Shallow in season 16, and Natalie White in season 19.

And in the second half of the series, from season 21 onward, only six women have won Survivor. Sophie Clarke won in season 23, Kim Spradlin in season 24, Denise Stapley in season 25, Natalie Anderson in season 29, Michele Fitzgerald in season 32, and Sarah Lacina in season 34.

And to drive home Erika’s point, women have only won 3 of the past 15 seasons of Survivor, and men have been on a winning streak for the past six seasons. We can’t help but agree that it’s time for a woman to take home the prize of Sole Survivor. 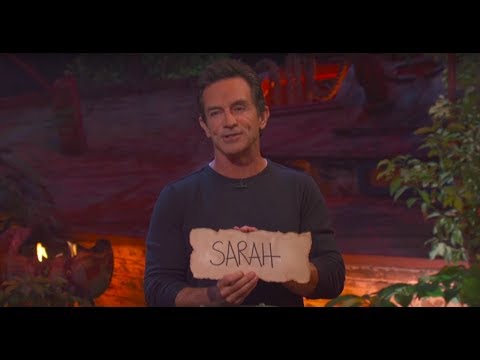 Evvie tried to form a women’s alliance this season

Many Survivor fans at home roll their eyes every time the castaways try to form a women’s alliance because nine times out of ten, it fails, and a man ends up winning the season.

Of course, a women’s alliance has worked in the past. The Black Widow Brigade in season 16 was one of the most iconic and successful alliances in Survivor history. And it resulted in Parvati earning the title of the Sole Survivor.

But, unfortunately, the women’s alliance of Survivor Season 41 was very unsuccessful. On the Yase tribe, Evvie Jagoda, Liana Wallace, and Tiffany Seely banded together on Day 1. But once they merged, Liana jumped ship, and they all soon turned on one another. And as of episode 12, all three of them are sitting on the jury. But, apparently, once the cast reached the merged, all of the women wanted to align, but it didn’t end up working out.

Evvie discussed the attempted women’s alliance with Entertainment Weekly. She said, “On the day I got voted out in the morning, they showed Deshawn coming to me, but also Liana and Shan had a conversation with me, and they were like, ‘Let’s do the women’s thing again. We don’t want to go to the end with Deshawn and Danny. Let’s get this back together.’ And I was like, ‘Hell yeah!’ So it was definitely always floating around.”

Even though the women’s alliance didn’t work out in Survivor Season 41, there’s still a chance a woman can win.

She told Deshawn, “Everyone wants a woman to win after so many seasons. It’s been a long time since a woman’s won. I want to see a woman win, ideally me.”

Since the castaways voted Danny off in episode 12, there are still two women remaining fighting for the title of Sole Survivor. If Erika or Heather outlasts their tribemates, it will be the first time a woman has won Survivor since Sarah Lacina in season 34.