TEEN Mom star Farrah Abraham revealed she got a lip tattoo to make her pout look bigger, as well as a inked-on eyebrows.

The 30-year-old, who’s known for having various plastic surgeries and beauty procedures done over the years, shared a wild video of the process. 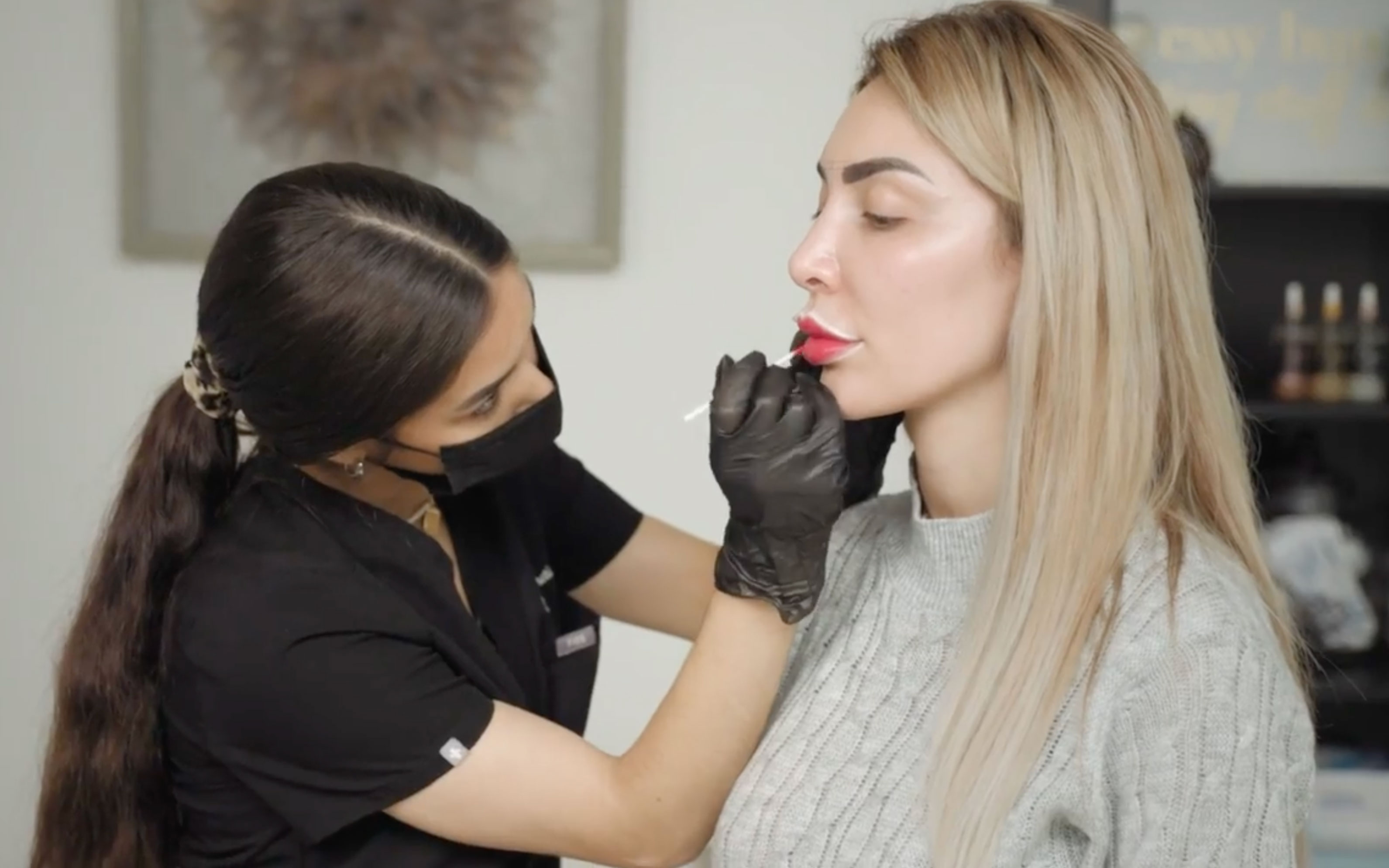 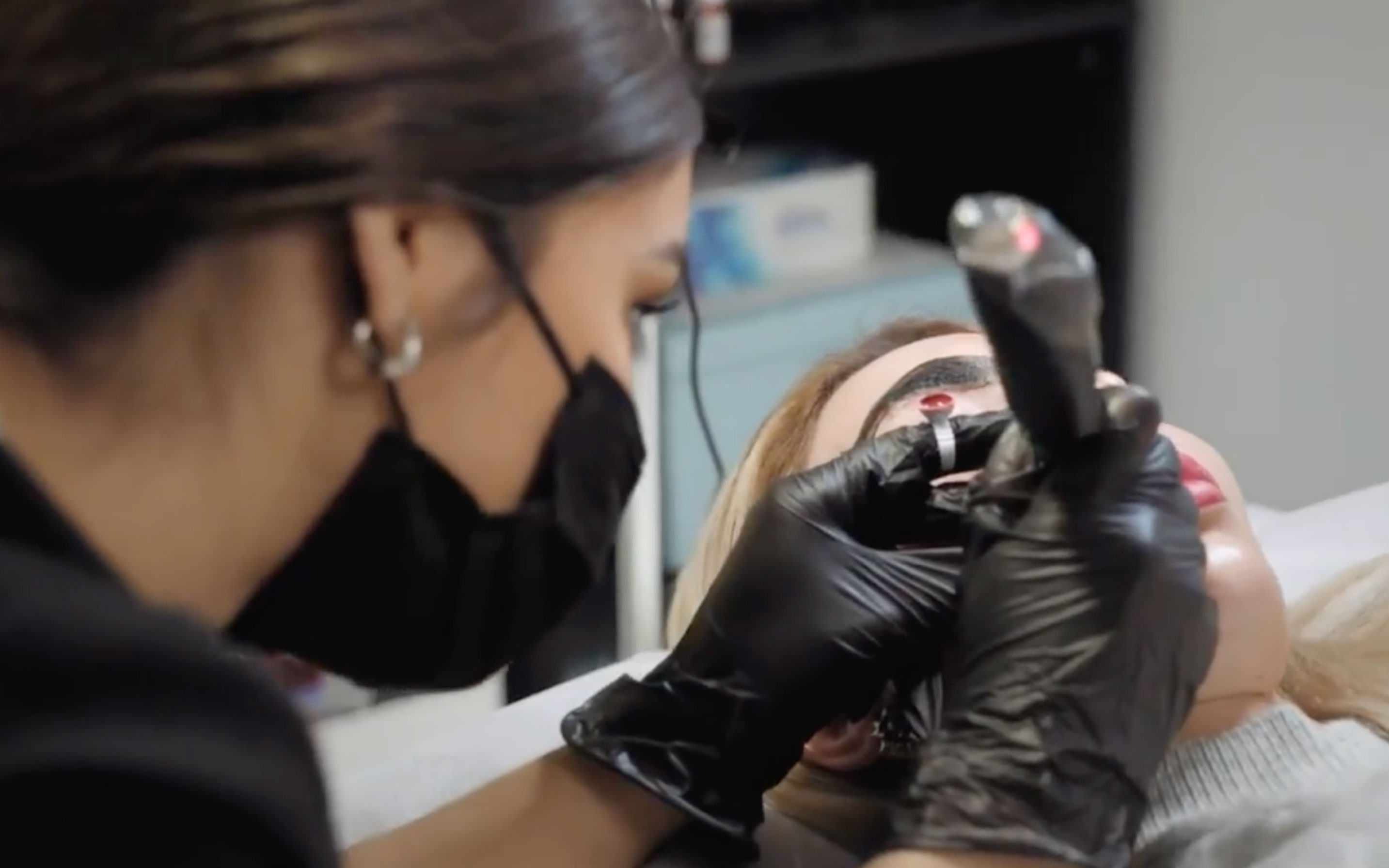 The clip showed Farrah getting a tattoo done on her lip, with the outline first being drawn on before the needling started.

It was drawn a little oversized to both line the outside of her pout, as well make her actual lips appear larger and darker.

Ahead of the inking, the reality star introduced herself and what she was there for, saying: “I’m Farrah, Teen Mom, the GOAT. I’m here today to check out lips, I guess lip lining.

“I mean, who doesn’t spend hundres of dollars, if not thousands, a year on doing their lips with makeup?

She added that she also gets “complimented so much” when she has her eyebrows done, so she was going to get some “upkeep” on her pigmented brows, as well.

Despite all the needling “poking” her face, Farrah said she “actually felt calm.”

Ava, the permanent makeup artist who worked on Farrah, explained the services the Teen Mom recieved, sharing:  “We ended up doing a couple strokes on her brows because she had previous work done, so she only needed a litle bit.

“And then on the lips, we did a full lip tint, and it turned out so beautiful.”

She added of working with Farrah: “I loved her energy. She has a such an extroverted energy.

“She really does have a really nice energy, so it was really pleasant working on her.

“She said that the pain was so comfortable, or I should say lack of pain. And the procedure went really well.”

The tattoo comes as fans have been worried about her lips because they’ve been appearing much “puffier” recently.

Followers started begging the star to stop getting lip fillers and let her face appear a bit more natural.

One worried user commented: "She looks like a balloon or a bee stung her, it's very puffy."

Another shared: "Her lip filler isn't even in her lips anymore, who did this to her?!"

In honor of “Flashback Friday,” she decided to share a moment from her time on 16 and Pregnant in 2009.

The scene featured the ex reality star before her plastic surgeries, looking entirely different from how she does these days.

Farrah wore her cheerleader outfit while out to dinner with her squad and appeared to be looking for something in her purse at the table.

Along with the turtleneck, red-white-and-black ensemble, she had her auburn hair partially clipped back, with just her bangs framing her face.

She’s since filled out her figure, and her lips, in the years since her time on 16 and Pregnant.

The star also now rocks her hair with a platinum blonde color with a white-gray hue.

On social media, Farrah often shows off her curves in tight and revealing clothing, after having various plastic surgeries, including a breast augmentation and nose job. 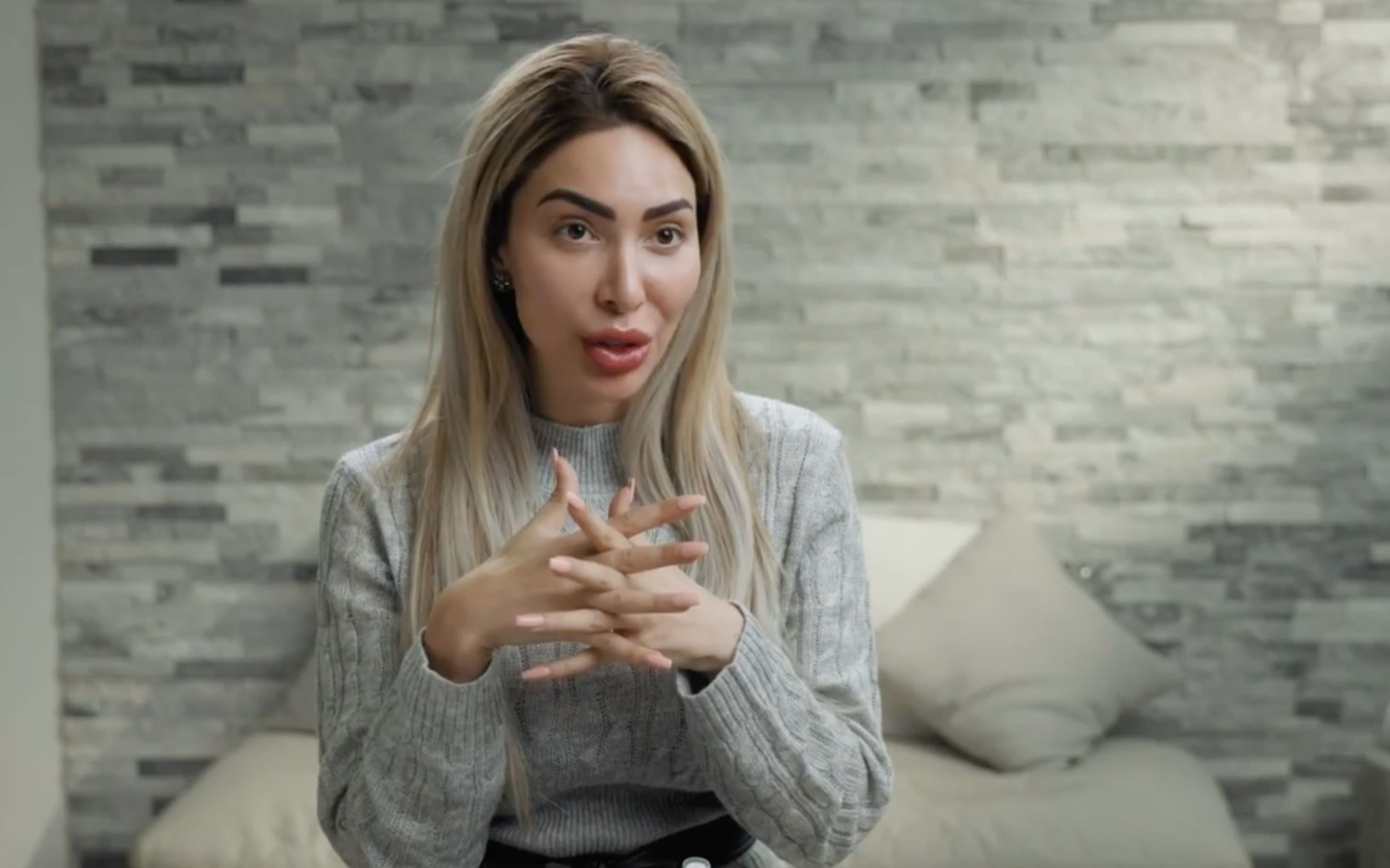 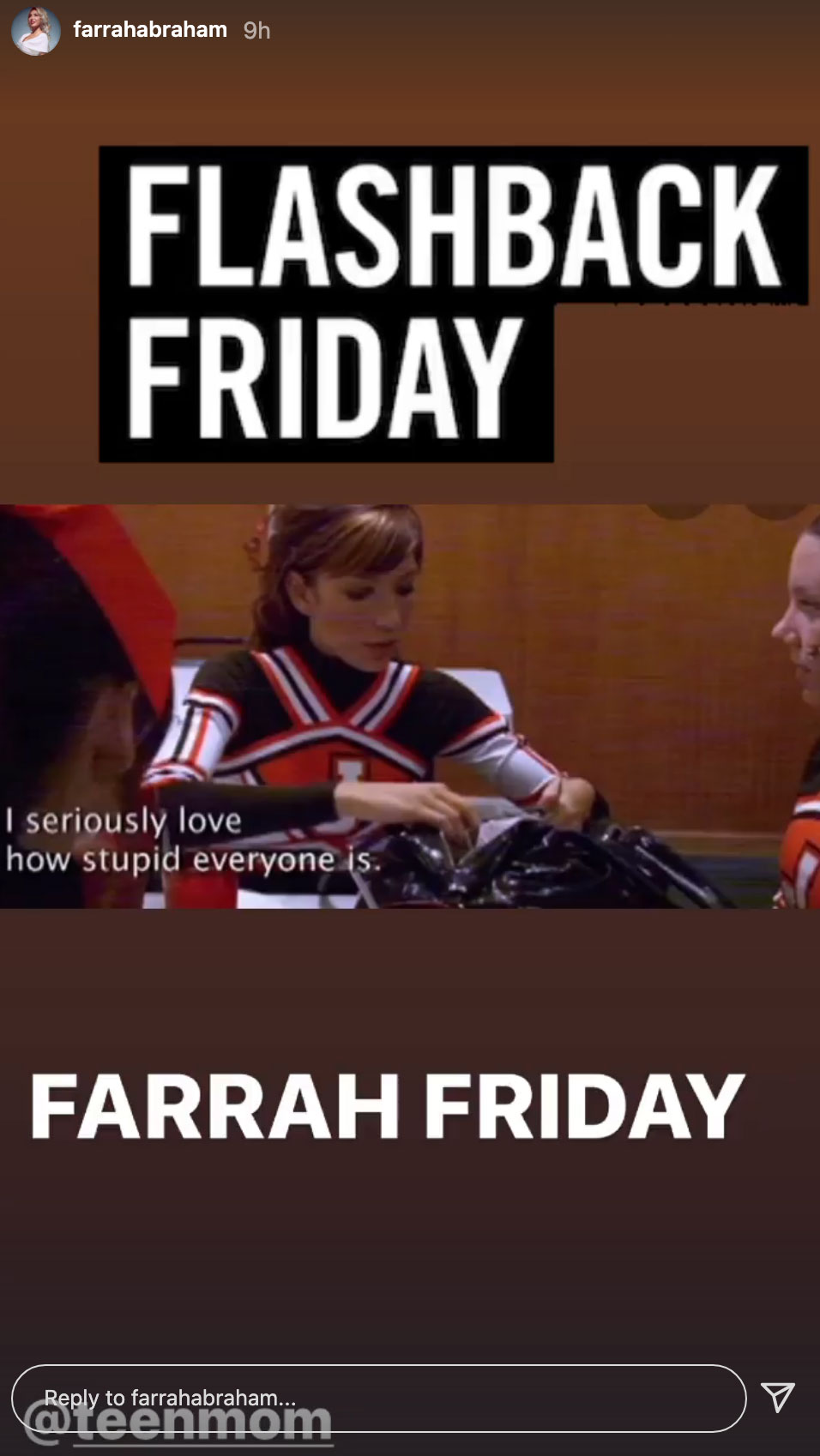