Bradley Walsh was back in The Chase’s studio with Jenny ‘The Vixen’ Ryan sitting in the quizzer’s hot seat. Joining them were another four contestants and when it was Ben’s turn to take to the podium, an answer he offered was declined – despite it being correct.

During his round of quick-fire questions, Bradley asked Ben: “In the original game of Cluedo, what room comes first alphabetical?”

“Which English King established a Mott and Bailey castle in Warwick 1068?” He added. 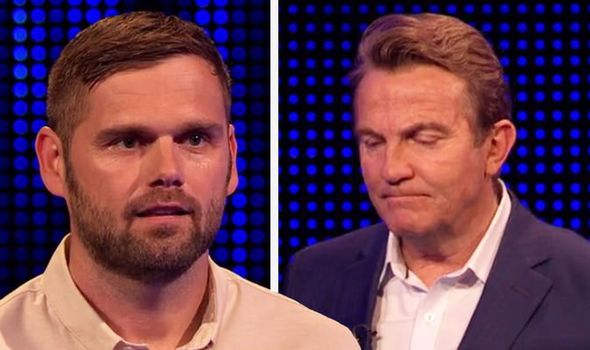 “Oxon is the short from of which English country?” He asked.

“More…” He urged and the contestant added: “Oxfordshire,” just as the seconds ran out. 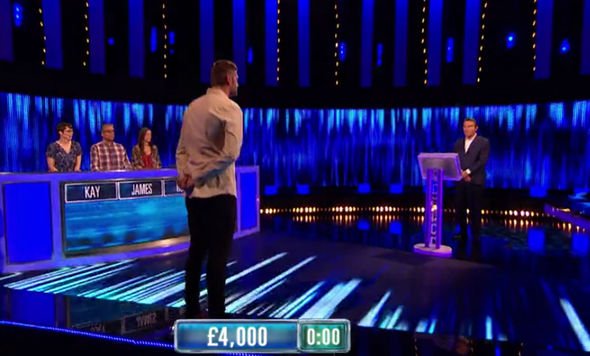 “Bad luck,” Bradley remarked. If you’d have said shire quickly, I’d have put it in.”

Ruth was up next and regardless of a good cash builder, where she earned £6,000, The Vixen was on fighting form.

After being booted out of the game, James took to the podium and he answered eight questions correctly.

Despite being tempted by a high offer of £50,000, the player stuck to his earnings and joined Ben for the final Chase. 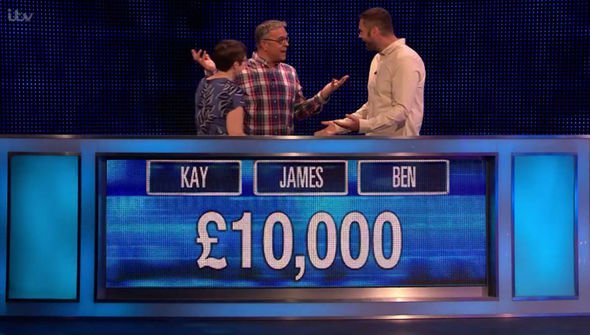 Finally, it was Kay’s turn and even though she managed £7,000, she ignored her fellow contestant’s advice and chose the low offer of -£2,000.

It was the right choice in the end as she made it back and together they got 21 steps.

“We did it!” James exclaimed hugging the other players.

Having needed to answer only one more question, time ran out for The Vixen.

“I needed one,” she remarked. “Kay, you are vindicated,” she added in response to commenting on whether it was worth such a good player taking the low offer.