From the moment “The Farewell” opens, its main characters tell lies that flow from their mouths smoothly and deliberately, as if they are speaking in code.

Many people of East Asian descent may be fluent in this code. I know I am.

There are the petty lies that Billi (Awkwafina), a Chinese-American artist in New York, and Nai Nai, her grandmother in China, tell each other on the phone. Billi, in chilly Brooklyn, assures Nai Nai that she’s wearing a hat. She’s not. Nai Nai says she’s visiting her sister, but she’s actually in the hospital.

They’re lying to avoid worrying each other, but that’s nothing compared with the core untruth, that Nai Nai (Zhao Shuzhen) has terminal lung cancer, and the family knows but won’t tell her. Anxiety over the diagnosis, Billi’s relatives argue, could kill her before the cancer.

When I first heard about “The Farewell,” the premise struck me as bizarre. The idea of concealing a health diagnosis was appalling to this Chinese-American. But when I watched the film recently, I found it to be incredibly powerful. Not only did the story remind me of my own family’s great lie, but it also reopened old wounds.

When I was a teenager, my parents, both immigrants, got divorced, and what was most confusing was the aftermath. We never had a discussion about how things would change. We didn’t tell family friends or relatives. Instead, we pretended as though nothing had happened. My father did not move out; he slept in a separate room. When we saw relatives for dinner, we acted as a cohesive family, and I was told not to frown.

While I could relate to Billi, who was instructed to hide her grief in front of Nai Nai, I lacked a clear sense of the cultural rationale behind the lies. If Billi’s family and mine were any indication of how some Chinese families solve problems, I wondered, why don’t we just put everything out in the open so everyone can have a say in a solution? And why do we insist on creating the illusion that everything is O.K.?

I posed these questions to Jeff Mio, a professor of multicultural psychology at California Polytechnic State University. He was quick to correct me.

“It isn’t that Asians avoid difficult topics, but rather that Asians tend to have indirect communication,” Mio said.

In the film, repressing truth is indirect communication taken to an extreme. The family members show their love for Nai Nai by keeping mum about her condition.

Mio gave the example of a man asking a woman out on a date on Saturday. The woman could reject him by saying, “I would never go out with you.” Or she could say, “I think I’m busy on Saturday.”

The direct rejection sounds harsh and abrupt, which could make both people feel bad. The indirect answer, though ambiguous, does a better job of minimizing conflict, sparing the wooer’s feelings while making it easier for the person doing the rejecting. Both get to save face.

The notion of saving face — maintaining dignity and control over one’s emotions — is largely derived from collectivism, an Eastern concept that no person is an island; we are each part of a shared consciousness and represent a group.

In the film, Billi’s uncle sums it up this way when his niece is contemplating telling Nai Nai the truth: “You think one’s life belongs to one’s self.” Billi’s relatives have reached consensus about what’s best for Nai Nai and, by extension, for the family as a whole.

The more I talked to people about the film, the less foreign its premise became. Family stories like that of “The Farewell” aren’t the norm in Asian cultures, but they also aren’t unheard of.

Guy Aoki, a civil rights activist with the Media Action Network for Asian Americans, said that when his grandfather, who grew up in Hawaii, was dying of stomach cancer in 1962, the doctor never informed the patient about his prognosis.

“I remember saying to my mother, ‘Why didn’t you let him know? He’s got to say his goodbyes,’” Aoki recalled. The decision is still bewildering today to Aoki, a fourth-generation Japanese American.

Nancy Yuen, a sociologist and author of the book “Reel Inequality: Hollywood Actors and Racism,” had an inverse experience. When her mother was diagnosed with lung cancer, Yuen was kept in the dark. She found out about the illness from her aunt, and even after she began accompanying her mother to radiation treatments, they didn’t talk about her condition. Her mother died about two years later in 2008.

“When she was sick, all we did was eat out a lot,” she said. “She never said the word ‘cancer’ ever.”

Yuen had believed that her mother’s behavior was idiosyncratic. But after viewing “The Farewell,” she considered the possibility that her mother hid her illness for cultural reasons — to avoid burdening the family.

Throughout the film, Billi repeatedly challenges her family and struggles to grasp the concept of collectivism just as much as she struggles to speak Mandarin. The language gap demonstrates the limits of her ability to understand her family’s culture: She agrees to keep the secret but, at heart, disagrees with the decision.

Similarly, I rejected the way my parents handled their divorce. But the film left me with a compassionate theory — that perhaps they created the mirage of a functional family with the intention of saving face and preserving harmony. As an Asian-American, maybe all I’ll ever have is a secondhand understanding, and that’s the best I can do. 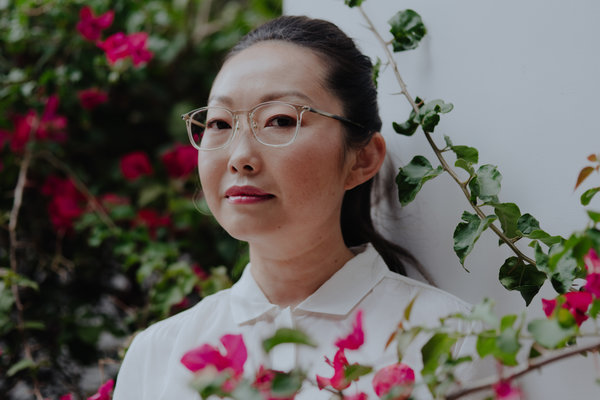 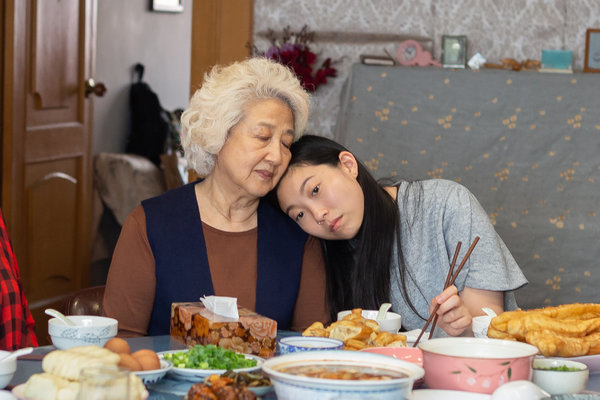 Brian X. Chen is the lead consumer technology writer. He reviews products and writes Tech Fix, a column about solving tech-related problems. Before joining The Times in 2011 he reported on Apple and the wireless industry for Wired. @bxchen