WARNING: This article contains full spoilers for The Handmaid’s Tale season three, and some spoilers for Margaret Atwood’s book The Testaments.

The Handmaid’s Tale had viewers gripped during its third season, and sent a number of viewers into turmoil shortly after the finale.

The finale saw June (played by Elisabeth Moss) successfully get a number of children out of Gilead and into Canada in a nail-biting plan to thwart Gilead’s control.

However shortly after her success, June was shot, leaving viewers with a brutal cliffhanger which will not be resolved until next season.

Because June is the protagonist of the show, many fans believe she is quite safe and will surely survive the attack.

But The Handmaid’s Tale author Margaret Atwood recently revealed an excerpt of her upcoming sequel to the dystopian book, titled The Testaments, which doesn’t spell a good end for June.

The new instalment in The Handmaid’s Tale’s story is told through the perspective of Aunt Lydia (Ann Dowd) – leaving June’s fate unknown.

According to the Washington Post, the new book’s excerpt includes Aunt Lydia’s introspective monologue musing over her journey from teacher to matriarch of the handmaids.

Taking place 15 years after the events of The Handmaid’s Tale, the passage begins: “I control the women’s side of their enterprise with an iron fist in a leather glove in a woollen mitten. And I keep things orderly: like a harem eunuch.

“Only dead people are allowed to have statues, but I have been given one while still alive. Already I am petrified.”

READ MORE: The Handmaid’s Tale: Will Serena Joy’s fate be sealed by Rita in huge twist? 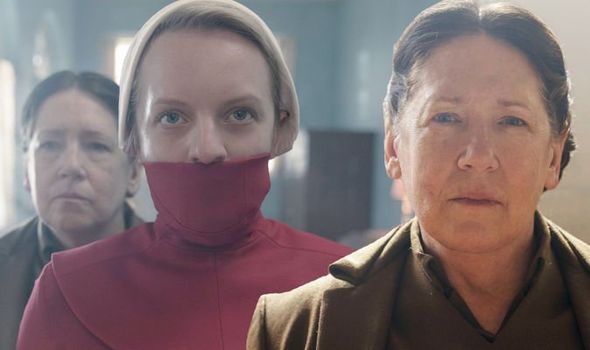 As women are not allowed to read or write in Gilead, the publication also details exactly how Aunt Lydia is writing the book – in a journal at night in a library forbidden to all those unworthy of having access.

Viewers saw Aunt Lydia gain a new hold on the show this season as she was granted an entire episode dedicated to her backstory – so could this have been the beginning of her new reign as protagonist in the upcoming fourth season?

Recently, showrunner, Bruce Miller, spoke about having to cut a number of Nick Blaine’s (Max Minghella) scenes from the third season.

Speaking to Bazaar.com he explained: “We just don’t have the real estate in the show. We had all sorts of other stuff with Nick, and with characters like Janine and Moira.

“Max is a wonderful actor. He has scenes that we filmed that we weren’t able to use, and it’s heartbreaking. 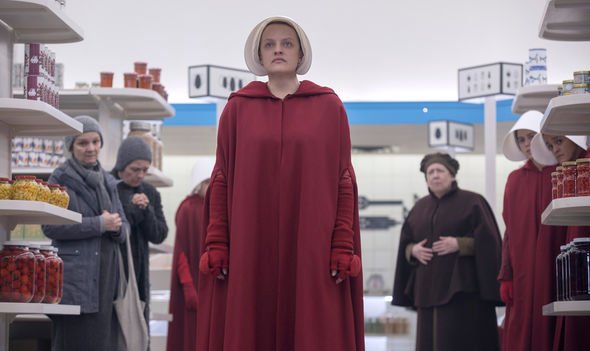 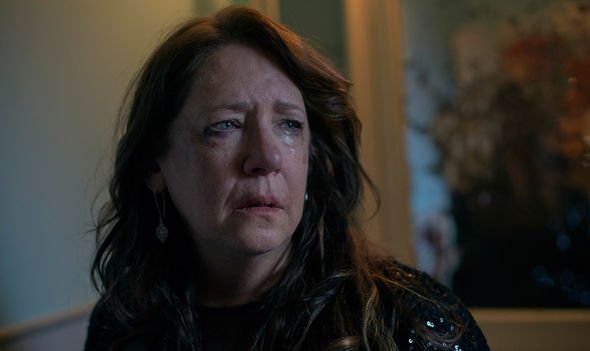 “I feel like s**t when I have to cut that stuff, but sometimes you have to make those decisions when you’re trying to make a good TV show overall.”

Nick has become a mainstay in the show during the past two seasons, so it makes sense for his character to continue growing as the story becomes more elaborate.

Hopefully fans will see Nick’s cut scenes in the upcoming fourth season, which will presumably solve the mystery of his sordid background.

Either way, fans will have to wait until next year to find out the truth about the character.