Mr. Mxyzptlk is back this week and breaking out into song, but sadly he’s singing solo 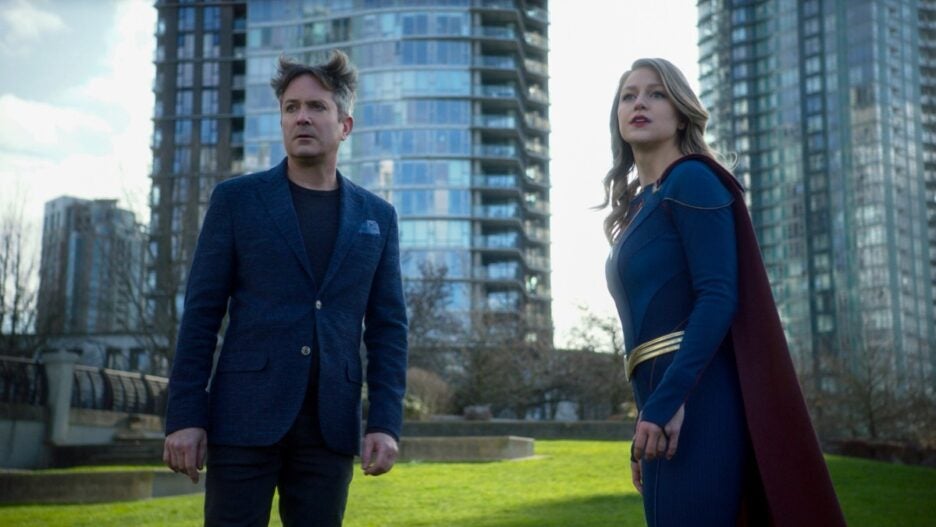 Mr. Mxyzptlk returns on “Supergirl” this week and yes, he will break out into song. It’s not another musical episode for the series, though. Thomas Lennon is showing off his pipes in a “Mxy in the Middle” solo — although he sure would have loved to sing with Supergirl herself.

First, let’s refresh on why he’s here to begin with. After unwittingly giving Nyxly (Peta Sergeant) her powers back, Kara (Melissa Benoist) is lured back to the Ormfell only to watch the imp destroy it while Kara is trapped in ice. As Nyxly so devilishly puts it, “You’re bound by magic now. And only magic can beat magic.” Luckily, Kara knows just the person to help her in this case.

Re-enter: Mr. Mxyzptlk. He has a rather…tumultuous history with Nyxly, but the good news is he can give the Super Friends the 4-1-1. And because he’s Mxy, he does it in a decidedly grandiose form: song. And yes, Lennon is just as sad as fans are that it wasn’t a full-blown musical episode.

“That would have been fun. I know,” Lennon told TheWrap. “It would have been fun. And I will say that, between takes, Melissa and I do a tremendous amount of singing. But no, I know. It’s a shame. It’s a shame that this is a weird solo number, where they also picked weirdly one of the people with, like, probably the least amazing singing voice. But I do make up for it in super, super high kicking. So there is that.” 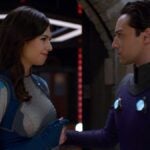 In fact, Lennon notes that in one take, his super high kicking — which unfortunately, isn’t on full display in the scene — nearly resulted in injury to the Martian Manhunter.

“My favorite thing about it was — I mean, it’s also, you know, it’s so weird. We’re shooting, everybody’s masked all the time and stuff like that. But at one point, David Harewood, who’s one of my favorite actors, he leaned in — I’d done the number, [and] I’d done a really high kick that was very close to David’s head,” Lennon said. “And I was like, ‘Oh, crap, I almost kicked David in the head.’ And then David leaned over to me between takes and he said, ‘I think you can get your foot a little bit closer to my head.’ And he wasn’t kidding. I was like, ‘Yeah, that’d be funny. I’ll try to get even closer.’ And I think I did.”

But even without kicking and singing with everyone, Lennon was thrilled to return for this episode.

“This was basically, when you look at it, it was like the dream episode of things to get to play,” Lennon said. “Other than, of course, the gift of the main cast, which is some of my favorite actors and people ever. But Peta [Sergeant], as Nyxlygsptlnz is so off-the-charts great that it just is really fun.”

That said, fans should definitely be worried about the imps history together. As Lennon notes, she brings “such a sort of casual scariness to stuff.” And she’s coming for anyone who has wronged her. 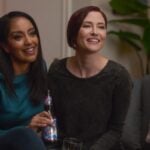