TOM GRENNAN has vowed not to get caught up in the showbiz world of never-ending free bars and bleary-eyed 3am taxi rides, despite his success over the past year.

The singer — who has already bagged three UK Top Ten hits and struck up a friendship with Calvin Harris thanks to their hit By Your Side — says overdoing it on nights out left him feeling low and impacted his music. 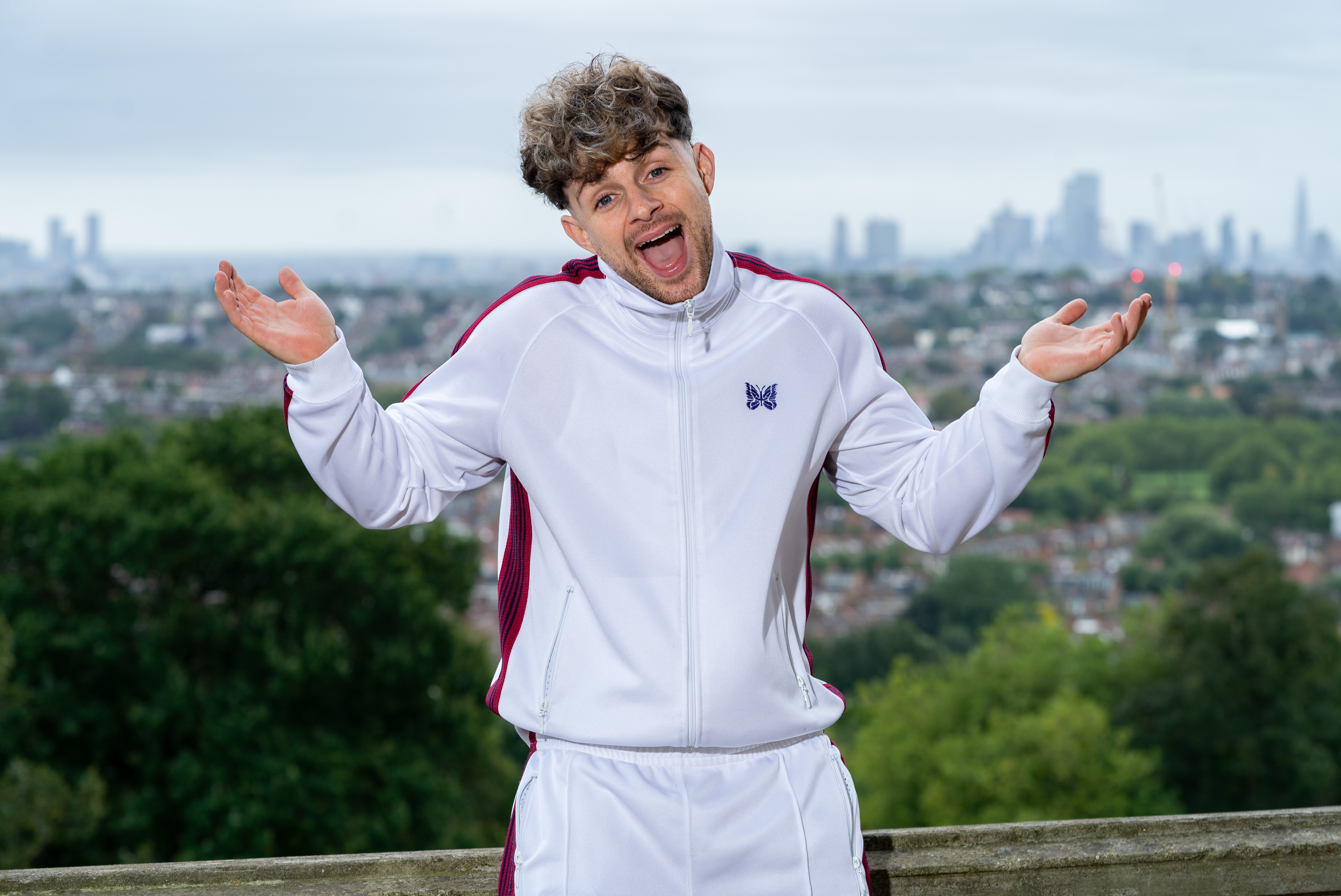 In an exclusive chat backstage at his sell-out show at London’s Alexandra Palace, Tom said: “In lockdown I stopped drinking. Now I only have a few occasionally, maybe two after the gig.

“I don’t like the anxiety the next day. I wake up and I feel dread. Beer fear, I suppose.”

As his status continues to rise, Tom has vowed not to slide into the trap of constantly falling out of clubs, unlike many young talents before him.

Sipping on a pre-show drink of warm honey water on Thursday night, he explained: “I needed to stop. I wasn’t in the best place in my life. I was depressed and drinking on top of that.

“The first step to getting out of that hole was to knock the drink on the head. I got happier and my music went into fifth gear.

“I don’t want to fall back into that trap of going out and doing stupid things.”

He has now transformed his life from vodka shots to gruelling workouts.

Tom said: “You get over the fear of missing out. Now I have the fear of not being able to sleep. I need eight hours of sleep so I am in bed by 11pm.

He is now about to buy his first home nearer his parents in Bedford after treating himself to a swanky Mercedes.

Tom explained: “I am going to move out of London. It’s been cool but I want fresh air and something a bit greener.”

It’s great to see a talented star not squander the chance of a glittering career by giving into the temptation of overpriced nightclubs . . . even though that’s exactly what I’d do.

Riri takes a shine to posing

IT is better latex than never – but as the wait continues for Rihanna's new album, fans will have to make do with stunning photos like this. 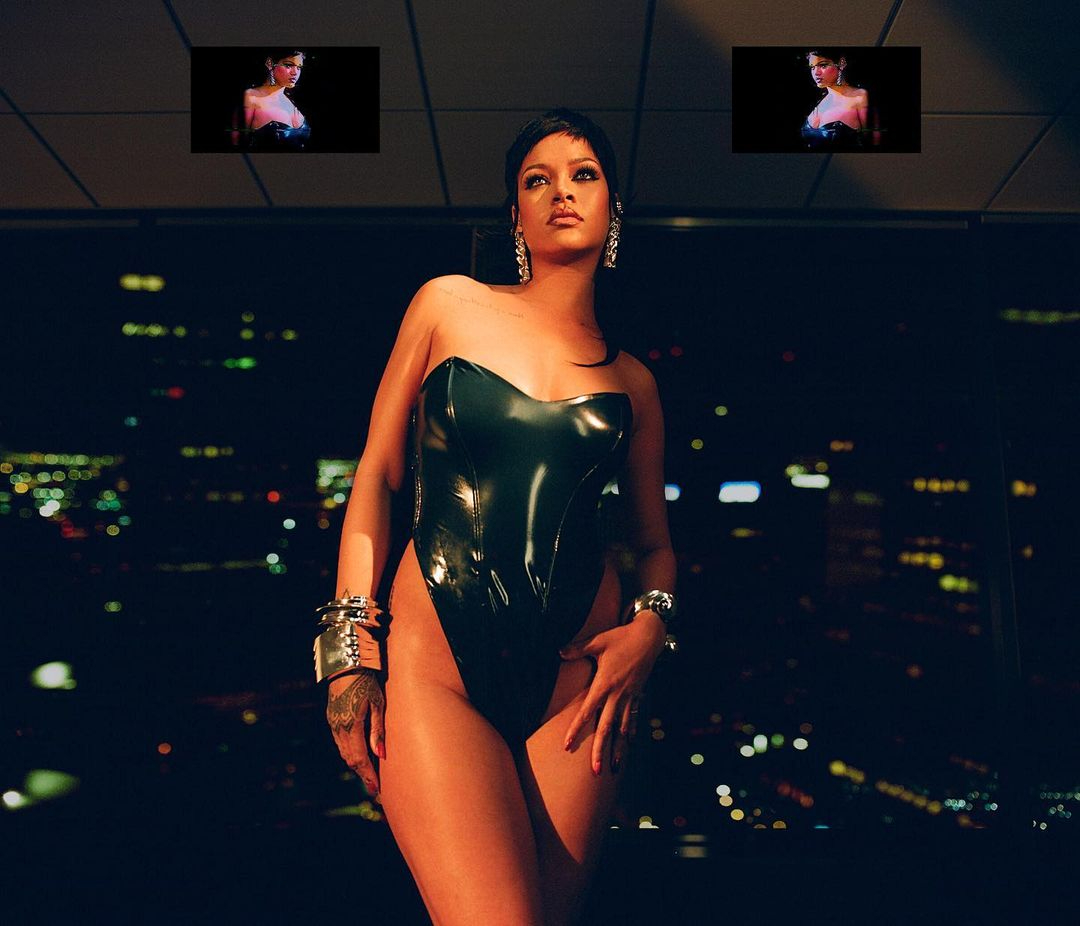 The singer posed in a skintight leotard from her lingerie brand Savage X Fenty to promote the latest sexy range.

In January it will be five years since her last album, Anti, came out – and by the sounds of it, her next record will be a big departure from her signature pop sound.

Asked recently about progress on her ninth album, she said: “You are not going to expect what you hear.

“Just put that in your mind. Whatever you know of Rihanna is not going to be what you hear.

“I am really experimenting, and music is like fashion – you should be able to play.

“I’m having fun, and it’s going to be completely different. That’s it.”

Chris: Gwyn told me off for strops

CHRIS Martin has confessed that his ex-wife Gwyneth Paltrow had to give him a telling off because he was being so stroppy with their daughter Apple, as well as with his Coldplay bandmates.

He said: “I think sensitivity can be a superpower, especially if you’re in the business of songs or comedy where you’re trying to relate your heart to someone else’s heart. 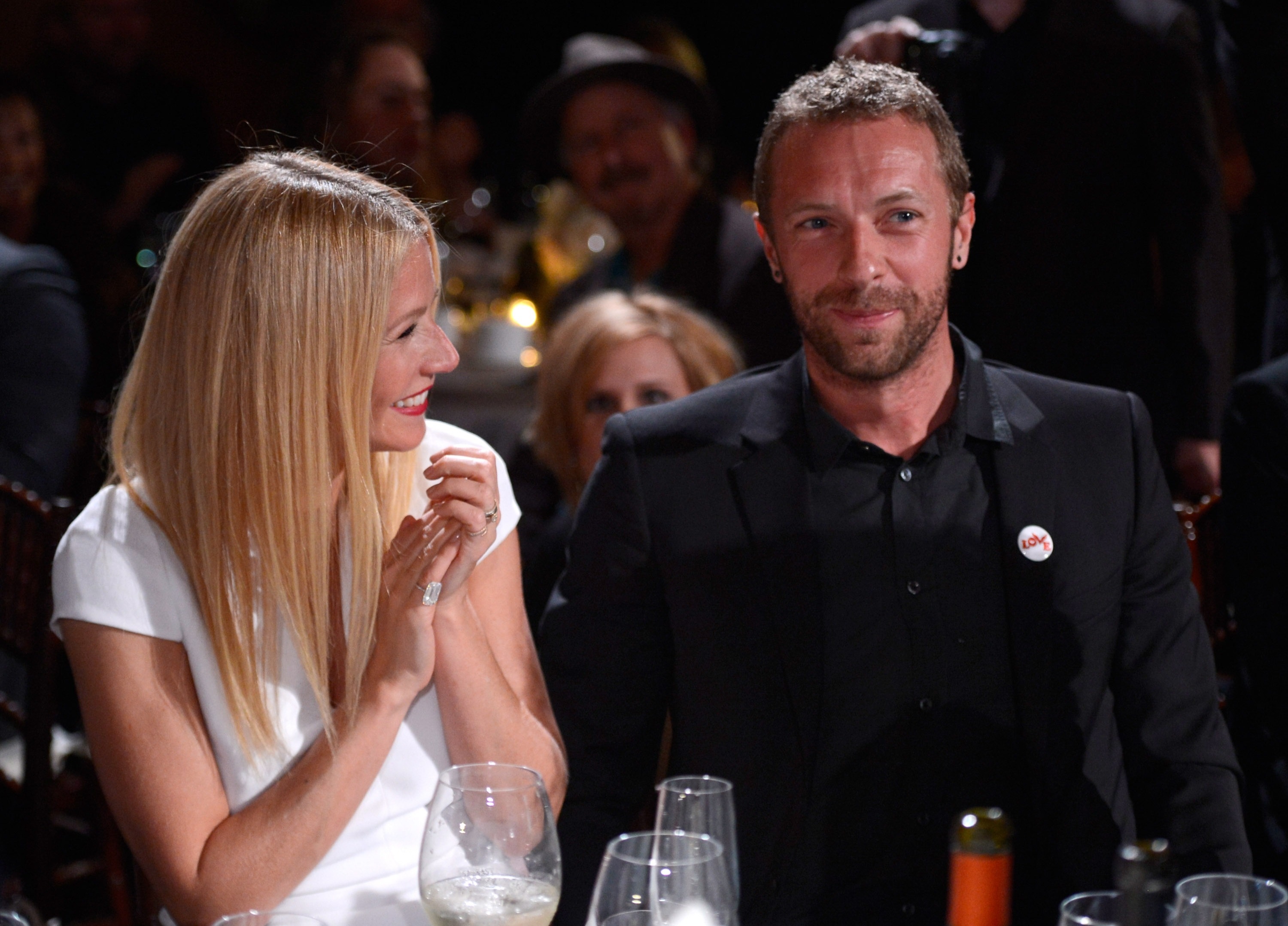 “But I realised that my sensitivity was coming out in really bad ways with the rest of the band. I would get really stroppy in the studio or grumpy or sulky.

“Or if someone wasn’t playing it the way I wanted them to play, I would be a real d**k.

“When it really hit me was with my daughter. I became aware that she was so attuned to me being a ­little bit unpredictable that it was making her have to navigate that. I am still trying to work on that because I don’t want her to feel like she can’t be her in case her dad gets upset.

“I had to be shown that, but I’m really grateful.”

When Chris was asked who had pointed out his moods, on the You Made It Weird podcast, he replied: “Her mum.

He added: “At this point she is like my big sister and there are a few people in my life who I’m grateful for ­saying, ‘You might want to work on that a bit and it might improve the whole of your life’.”

That’s all well and good, but referring to your ex-wife as being like a sister just feels weird to me.

ED Sheeran's new album hasn’t even been released yet, but he is already raking it in.

He paid himself a salary of £21million in just one year after making a staggering £31million. 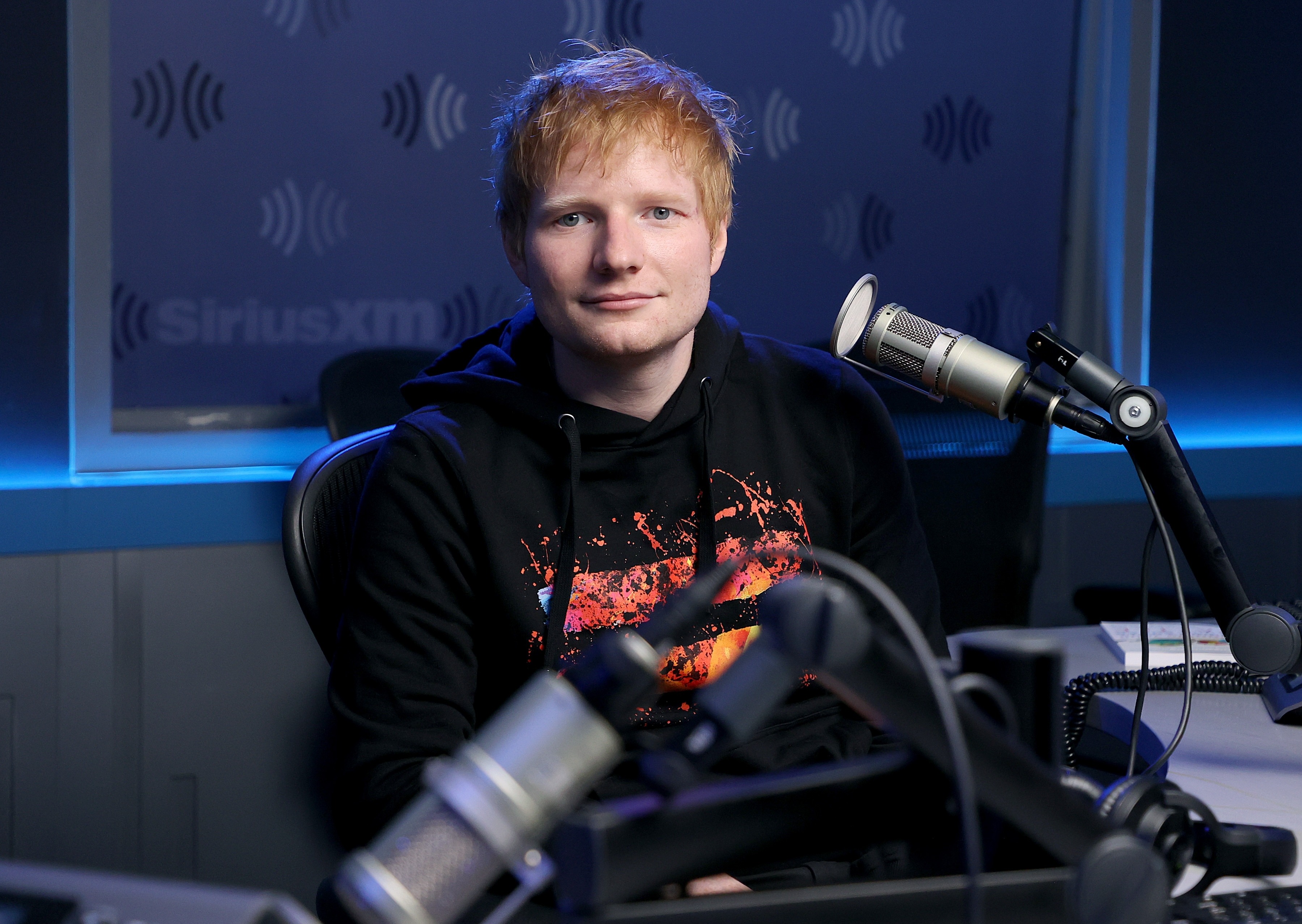 Ed received £21,350,000 in dividends – not bad for a kid who once slept rough in front of Buckingham Palace and rode the Tube to get some shut-eye when he had nowhere else to go.

Amazingly, the company made more than that in 2019 but Ed, who recently became a dad for the first time, decided to pay himself less.

He is set to make even more money in the coming year thanks to new album Equals, which is out on October 29, and his upcoming stadium tour.

He will be hitting the road for the first time in two years after taking a hiatus following the birth of his daughter Lyra with wife Cherry Seaborn.

As well as his music, Ed has an incredible £65million property portfolio which brings him in a fortune, too.

The eclectic mix celebrating the best in R&B, rap and hip- hop follows on from the The Weeknd’s performance in 2021 and the joint effort from J-Lo and Shakira the year before that. 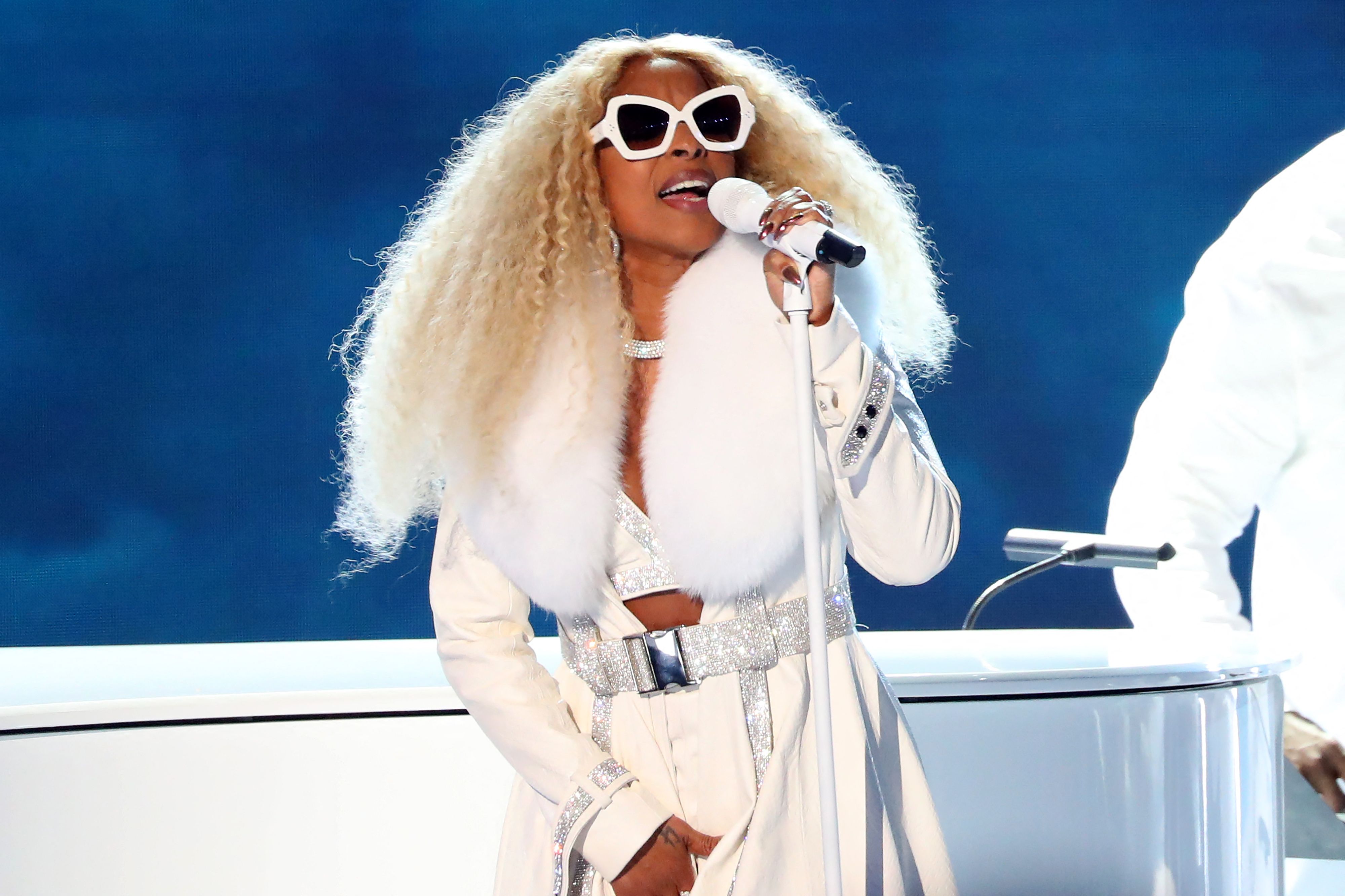 The show will air on ­February 13 from the SoFi ­Stadium in California, near where Dr Dre grew up.

Speaking about the performance, put together by Jay-Z’s company Roc Nation, he said: “The opportunity to perform at the Super Bowl half-time show, and to do it in my own backyard, will be one of the ­biggest thrills of my career . . . an unforgettable cultural moment.”

Is Adele making a comeback soon?

COULD Taylor Swift have moved the release of her upcoming album to make way for a record from fellow global ­superstar Adele?

She has just announced Red (Taylor’s ­Version) will now be out on November 12 – a week earlier than planned.

That is the Friday after Abba’s album ­Voyage and two weeks after pal Ed Sheeran's next big release.

But it leaves her original release date of November 19 wide open – which just ­happens to be six years and a day after Adele’s last album 25 came out.

IT looks like Lorde may have found a fungi, and I’m not just talking about the toadstools on her dress.

She flashed a gleaming diamond on her ring finger as she walked the red carpet at Variety’s Power Of Women event in Los Angeles on Thursday evening, prompting rumours she is engaged to boyfriend Justin Warren. 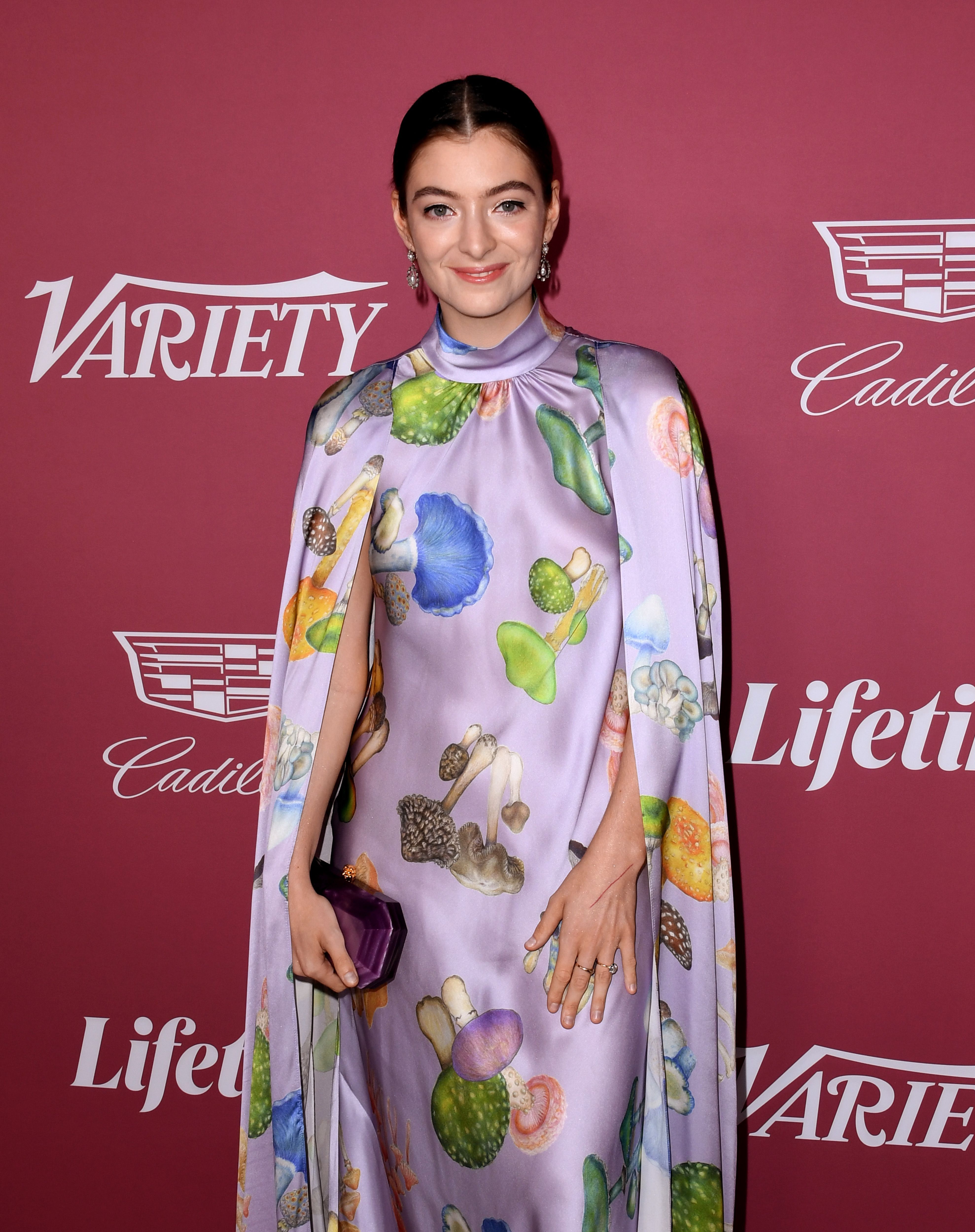 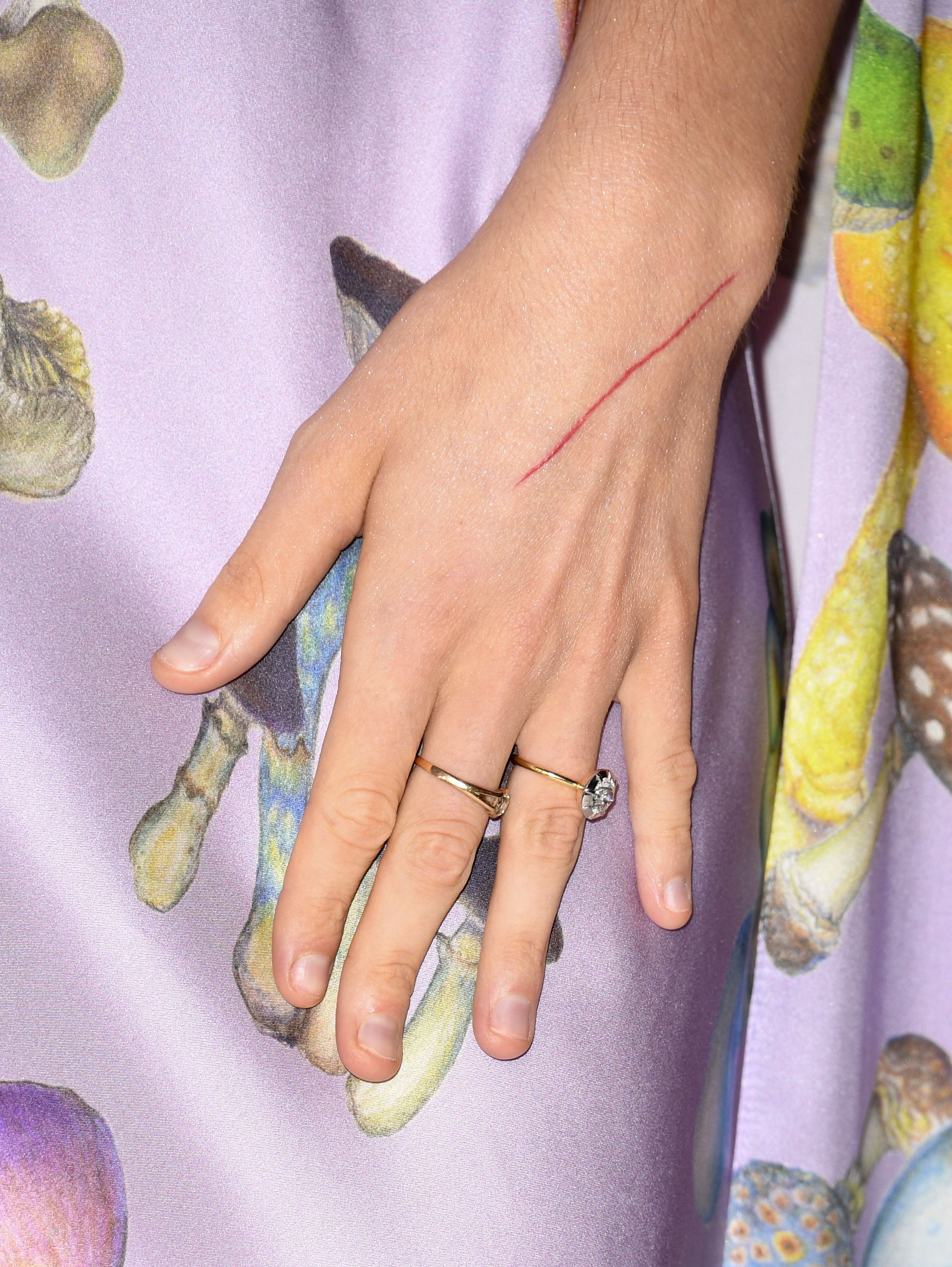 The singer, who at 24 is 17 years younger than music executive Justin, was first linked to him back in 2016 but he denied it at the time and said they simply worked together. However, since then things have clearly moved on.

Lorde has yet to comment on it but explained her positive new album Solar Power is a sign of how things are going in her private life.

She said: “If I’m having a joyful, transcendent time, I’m going to write about that.”

We can expect wedding bells on the next record, then.

WIGAN indie band THE LATHUMS have topped the charts with their debut album in its first week. How Beautiful Life Can Be beat new records from PUBLIC SERVICE BROADCASTING and NATALIE IMBRUGLIA.