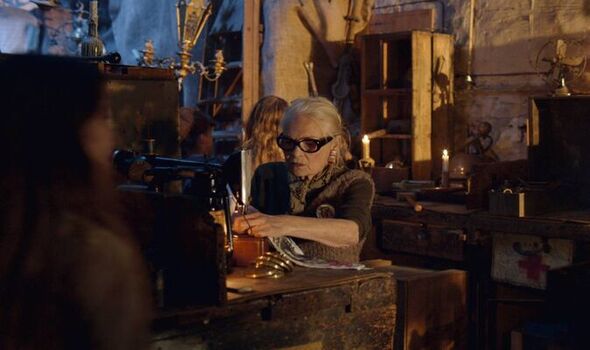 In 2016, lingerie entrepreneur Joe Corré set fire to a chest on a barge in the Thames, claiming it contained £5million-worth of punk memorabilia.

According to this documentary, he was protesting about “the commodification of punk rock” by advertising executives, museums and art and memorabilia traders.

As we follow the build-up to the stunt, we join Corré and his fashion designer mum Vivienne Westwood as they reminisce about the movement’s halcyon days and talk us through artefacts they seem to think are worth preserving.

Even more mind-boggling is the fact Corré seems to be protesting against cultural commodification in the name of his late dad Malcolm McLaren, the svengali who made millions from manufactured punk boy band the Sex Pistols.

Contradictions are the stuff of great drama but here they make for a surprisingly depressing documentary.

Before we get to the stunt, we endure elderly punks jostling for position and Westwood struggling to retrofit an environmental philosophy to her swastika T-shirts.

The film ends, unsurprisingly, with Corré displaying the ashes of his chest in a glass coffin in a Mayfair gallery.

The stunt, it seems, has left him with a new artefact worth far more than whatever he claims to have burned.

Punk may be dead but the art of self-promotion is thriving.