IN 1971, people may have said John Lennon was a dreamer, but he was not the only one.

Another with a similar vision that year was Cat Stevens, who we’ve come to know as Yusuf. 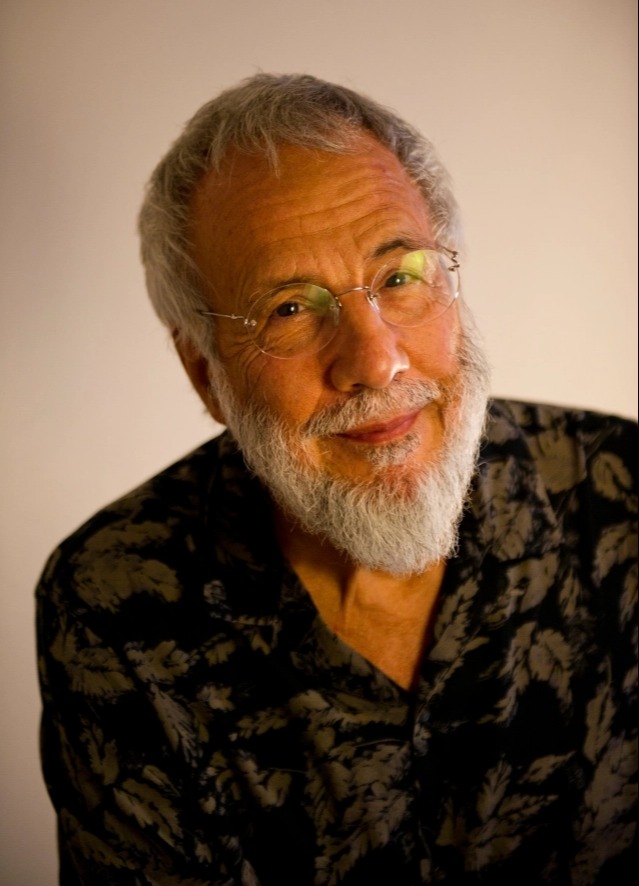 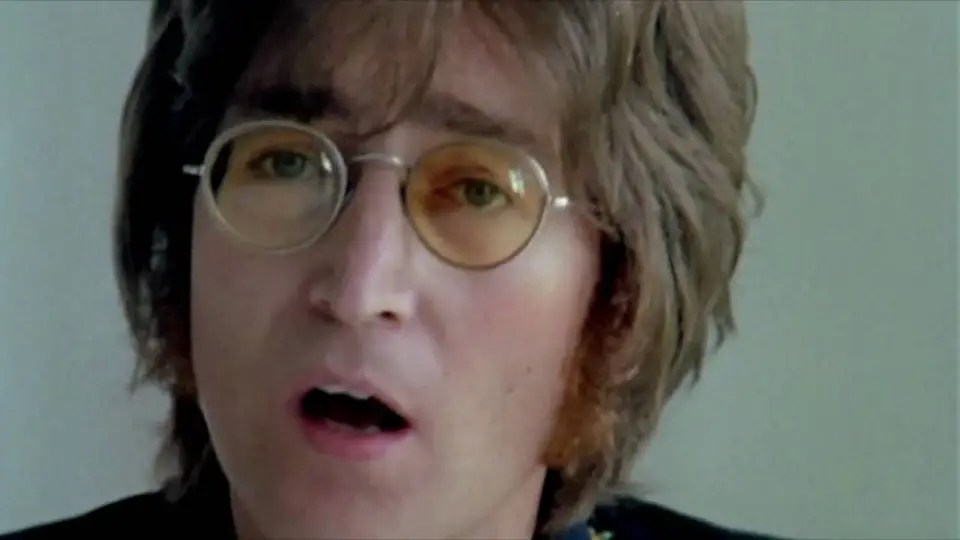 It was the height of the Cold War AND the Vietnam War when both singers released iconic albums, just a month apart, bearing a message of peace.

On the title track of Imagine, the ex-Beatle issued the rallying cry: “I hope some day you’ll join us/And the world will be as one.”

On Peace Train from Teaser And The Firecat, Stevens struck an even more optimistic tone: “Oh, I’ve been smiling lately/Dreaming about the world as one.”

You can be certain these contrasting characters didn’t swap notes but together they captured the prevailing mood.

“We were looking to change the world but we weren’t politicians and we didn’t want to be,” says Yusuf. “We were poets.”

Today, he retains nothing but affection for Lennon. “I admired John so much — his message within The Beatles led them towards a social conscience,” he affirms.

“He and Yoko projected a weird kind of unity and, of course, we’ve learned that she had a lot to do with the inspiration for Imagine. It’s a beautiful song.”

Although Lennon famously rejected the Bible, Jesus, Buddha (as well as Hitler, Elvis, Dylan, The Beatles . . . you name it) on his song God, Yusuf questions the assumption that he was an atheist.

“I’m not sure John didn’t believe in God,” he says. “Deep down, I think he was a believer. We were on the same trajectory.”

Yusuf is sharing reflections, via Zoom, on his pivotal role in a momentous year for popular culture.

He apologises in advance for the likelihood of builders’ noise but thankfully his insights prove eloquent and audible.

With smiling eyes and grey-white hair and beard, Yusuf, 73, looks every inch the wise elder statesman and he comes with a fascinating back-story.

Katie SHOULD have gone to jail so our kids learn right from wrong, says ex

In 1977, he turned his back on his stellar career when he converted to Islam and subsequently changed his name.

“I got a little scared,” he says. “I thought to myself, ‘Do I want this level of success?’

“It was as if my Cat persona took over. If you stroked me too hard, I was going to run away!”

But since the early years of the millennium, Yusuf has reconnected with his timeless songs and enjoyed a successful second chapter of studio recordings and live shows.

The purpose of our chat, however, is to sift through the mists of time to Teaser And The Firecat, a huge hit on both sides of the Atlantic.

Various lovingly assembled expanded editions have just been released bearing demos, alternate versions, B-sides, radio/TV sessions, concert recordings and even a facsimile of a long out-of-print children’s book with the singer’s own illustrations.

Listen to the first three records of the Cat Stevens folk-rock superstar phase — Mona Bone Jakon, Tea For The Tillerman and Teaser — and you will find evidence of the spiritual quest which has accompanied Yusuf through his life.

Released within 18 months of each other, they are the work of an artist “riding a wave of inspiration” as he searched for deeper understanding.

Yusuf says: “I was serious about making changes but they don’t happen out there, they happen within you first. George Harrison wrote a song about the same thing, Within You Without You. He was there, he understood.”

‘Coming off a cloud’

So, as Yusuf puts it, his answer was to “get on the peace train in my own sort of way”.

If he’s been riding that train ever since, he’s sad that Lennon, assassinated aged 40 in the prime of his life, was denied a similar journey.

Yusuf says: “John, God bless him, never had the chance to carry on his message. He was wiped out and it was one of the biggest disasters imaginable.”

Worth noting here is that 1971 wasn’t all about Imagine and Teaser And The Firecat.

Some regard it as pop and rock’s greatest year because it yielded Led Zeppelin’s defining fourth album; David Bowie’s Hunky Dory; Sticky Fingers by the Rolling Stones; Marvin Gaye’s What’s Going On; and Joni Mitchell’s Blue. (I could go on.)

“It was such an amazing time for music,” says Yusuf. “We were just coming off a cloud after The Beatles had broken up.

“For a lot of us, their musical reference had gone but it left an opening for new things to happen.

“I’d just had Tea For The Tillerman, which was welcomed so beautifully, especially in America. Suddenly, there was an amazing opportunity for me to really express myself.”

Teaser And The Firecat begins with The Wind, a short, delicate, yet immensely powerful expression of his innermost feelings.

The opening verse goes: “I listen to the wind/To the wind of my soul. Where I’ll end up/Well I think only God really knows.”

“It was my manifesto,” says Yusuf. “Stephen Sondheim said, ‘If you know where you’re going, you’ve gone. And that’s death’.”

“The Wind poses an open-ended question but I already had faith,” he continues.

“People have misconceptions about me but when I first picked up the Qu’ran, it seemed to be joining everything together — all the beliefs I had as a Christian.

“Jesus was there, Moses was there and Mohammed was the final piece of the puzzle — for me, anyway.”

One of Teaser And The Firecat’s most intriguing tracks is Morning Has Broken, which began life as a Victorian hymn.

Written by Eleanor Farjeon in 1831 to a traditional Scottish tune, it proved the missing piece in the Teaser And The Firecat jigsaw.

Yusuf tells the story of how it became one of his best-loved songs — and still part of his setlist to this day.

“I had a lot of songs in my bag but I also had some gaps,” he explains. “When I was looking for inspiration, I went to Foyles bookshop on Charing Cross Road. I was up in the religious department, fumbling around, when I found a hymn book and thought, ‘Wow, this looks interesting!’”

‘Having this world is miraculous’

Discovering Morning Has Broken among its pages was like unearthing buried treasure.

Yusuf says: “I couldn’t read music, so I had to work out the notes one by one. When I heard that melody, I went, ‘Oh my God!’ and the words are so universal. The song wasn’t hanging on a particular dogma, just praising God and creation in a beautiful way.”

Despite embracing Islam, his love of Morning Has Broken — a work with Christian origins — remains undimmed.

“It represents the unity of faith from whatever angle you look at it,” he says. “Having this world is miraculous and if we appreciate it, the next thing to do is behave a bit better towards each other.”

The recording we know and love features a glorious piano arrangement by Rick Wakeman, who in 1971 was on the point of joining prog-rock juggernaut Yes. For years, the keyboard wizard wasn’t credited because he was signed to a different label but now his stellar moonlighting is getting the recognition it deserves.

“We were looking for something a bit different and Rick was in the studio at the same time,” recalls Yusuf.

“He joined us, did his piano bit and it’s just magnificent.”

This brings us to another Cat Stevens classic, Moonshadow, with lyrics based on a magical moment for the young singer.

Having grown up in Shaftesbury Avenue, a short walk from Piccadilly Circus, where his Greek Cypriot father ran a restaurant, Yusuf made his first visit to Spain in 1970, staying in a small hotel run by an English family.

“As a city boy, I was used to neon street lamps and bright, beaming shop fronts,” he says. “I wasn’t used to being under the night sky with nothing but the moon as my source of light.

“On that trip, I saw my moon shadow. It was the first time I noticed him and he was dancing along with me. When I recognised who he was, I thought, ‘Let’s make this a party’.”

Yusuf’s Greek heritage comes to the fore on Rubylove, which has a verse in the language and the evocative sound of the bouzouki.

It would have been called Who’ll Be My Love? but for an intervention by the daughter of guitarist Alun Davies, the fine musician who plays on most Yusuf/Cat Stevens albums. The singer laughs at the memory.

My moon shadow danced with me

He adds: “My Zorba The Greek effort came naturally because it was part of my soundtrack, particularly the weddings, and because my elder brother George, from my father’s first marriage, played the bouzouki. I listened to him sometimes at the little clubs near Soho. He was a pretty good musician and an inspiration to me.”

As for the verse in his dad’s mother tongue, he confesses: “I couldn’t speak Greek. Dad spoke to us in English.

“But I had some friends, a brother and sister called Yannis and Natasha, who helped me with the lyrics. They translated what I wanted to say.”

This brings us to the album’s two yearning love songs, If I Laugh and How Can I Tell You.

Of the first, Yusuf says: “I suppose we all have the desire to meet the most perfect possible partner. The problem is we’re all human. We make mistakes and sometimes don’t quite understand each other.

“I’m sure many married people realise it’s about making peace with the inconsistencies.

“That makes it human, makes it real and also gives relationships longevity.” How Can I Tell You is altogether more straightforward.

“I wrote that in Morocco when I was on a holiday with a girlfriend,” says Yusuf. “There was something very nice about that so I wrote this song. I was quite enamoured at the time!”

So what does his wife of more than 40 years, Fauzia, make of his love songs now?

He chuckles and replies: “Well, she absolutely hates me singing or listening to Lady D’Arbanville. That’s off the board.” Yusuf is referring to the Mona Bone Jakon song about his late Sixties girlfriend, Patti, a socialite, actress and model in Andy Warhol’s New York scene.

With an autobiography and — pandemic permitting — a return to the live stage in the pipeline, he spares a few last words for those heady days that produced Teaser And The Firecat.

“They went past so fast, so it was hard to process,” he says. “Youth is wasted on the young.

“Now, looking back, I can see it was an incredibly prolific time. I don’t know how I did all that but providence has always been there with me — and God.” 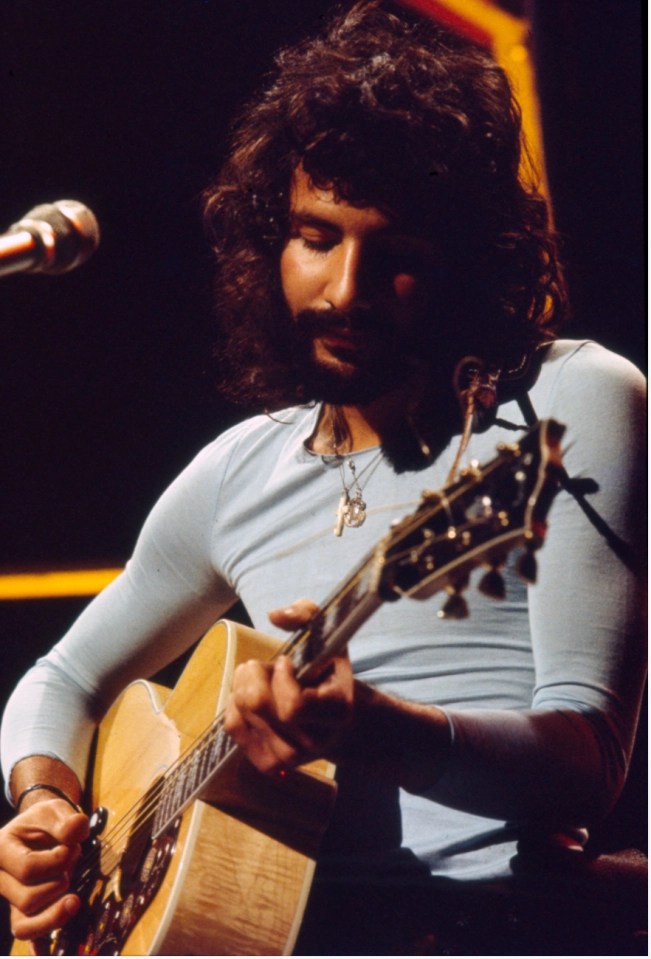 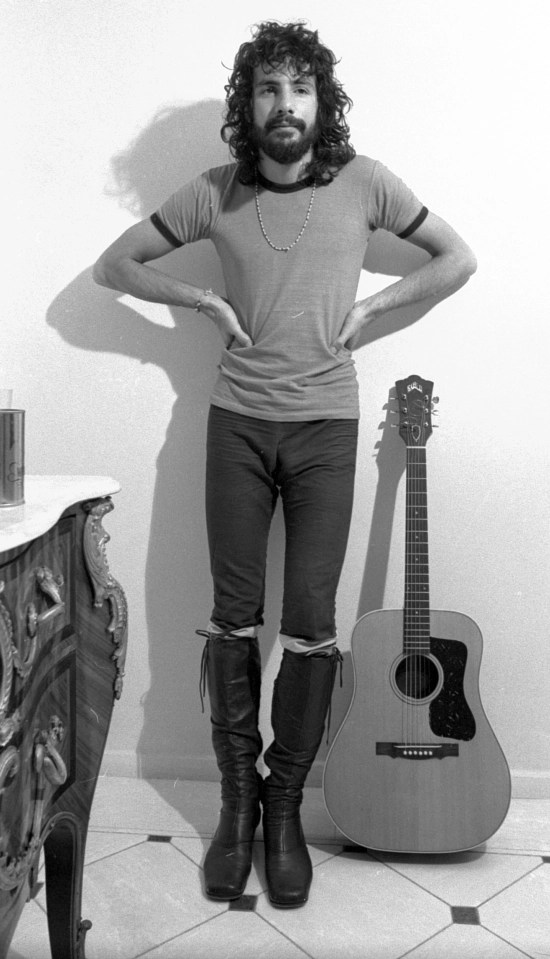 The 50th anniversary super-deluxe Vinyl and CD editions are out now as well as a 2CD version. February sees the re-release of the Harold & Maude soundtrack with music by Cat Stevens.