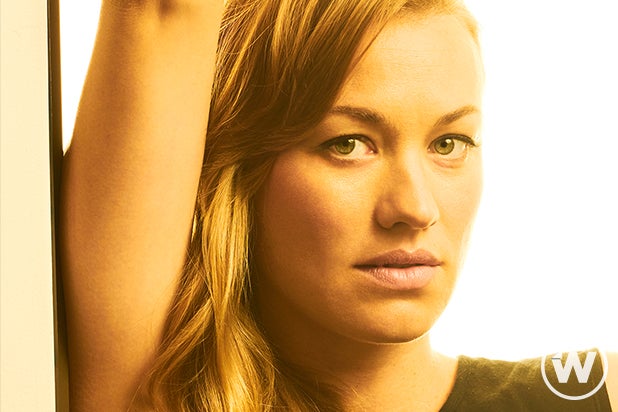 Photographed by Jill Greenberg for TheWrap at Aesthesia Studios

“The Handmaid’s Tale” star Yvonne Strahovski has closed a deal to star in Chris Pratt’s sci-fi film “Ghost Draft,” an individual with knowledge of the project told TheWrap.

Chris McKay (“Lego Batman”) is directing the Skydance project. “Ghost Draft,” a working title, is written by Zach Dean and is about a man who is drafted to fight in a future war which forces him to confront his past. Strahovski will play a woman Pratt meets in the future.

Producers are Adam Kolbrenner, Jules Daly and David S. Goyer, while Dana Goldberg, Matt Grimm, and Don Granger are overseeing the project for Skydance. Production is set to begin this summer.

Strahovski currently stars in “The Handmaid’s Tale” as Serena Joy, for which she received an Emmy nomination in 2018. She most recently starred in “The Predator” and “All I See Is You,” and her other film credits include “Killer Elite,” “I, Frankenstein” and “Manhattan Night.”

She is represented by Paradigm, Sue Barnett and Associates, McKeon/Myones Entertainment and Special Artists Agency.