Laura Hamilton, 37, locked lips with her husband Alex Goward before the couple enjoyed a trip to the theatre with their two children Rocco and Tahlia Goward. The A Place In The Sun presenter opted for a summery look as she stepped out with her other half on the red carpet. Laura wore a flowing yellow dress printed with a delicate floral pattern and added a pair of white trainers for added comfort. She accessorised with a tan-toned handbag and wore her blonde tresses in loose waves.

The pair posed for photographers outside the National Theatre in London, as Alex wrapped his arm around his wife in a sweet embrace.

The TV personality and her beau were also snapped putting on an amorous display as they shared a tender kiss at the event.

Later on, the couple’s son and daughter posed with the couple for an adorable group photo.

The Channel 4 favourite also took to Instagram to post a series of pictures and videos as she sat down to watch Peter Pan with her family.

Sharing a video of all the action from the show with her 54,000 followers, Laura wrote: “Never seen a Neverland like it @peterpanldn #Saturday.” 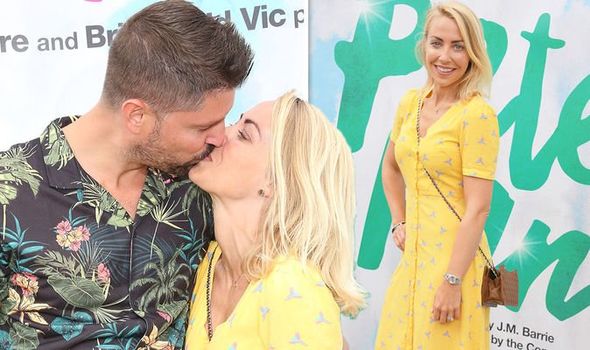 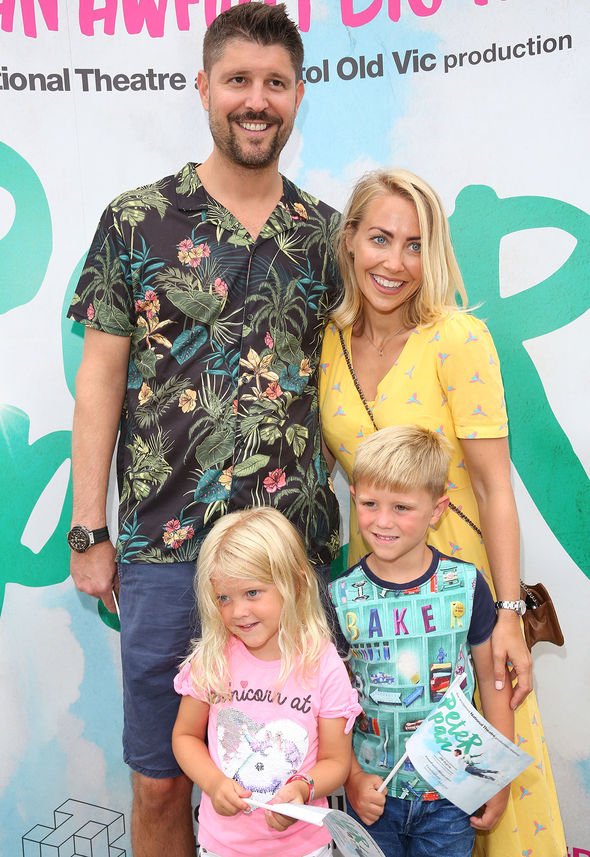 The blonde beauty and her brood also took a photo with former X Factor star Sinitta, 55.

Laura and Sinitta competed against each other in challenging winter sports on Channel 4’s The Jump.

She wrote across the photo: “The last time @thesinittaofficial saw Rocco he was a baby! @thejumpc4 #thejump #reunited.”

Elsewhere, Laura Hamilton opened up about filming a challenging episode of A Place In The Sun.

The star addressed her day when she shared a selfie on Instagram and added the caption: “And that’s a wrap… well for today at least. Our House Hunters have been AMAZING today.” 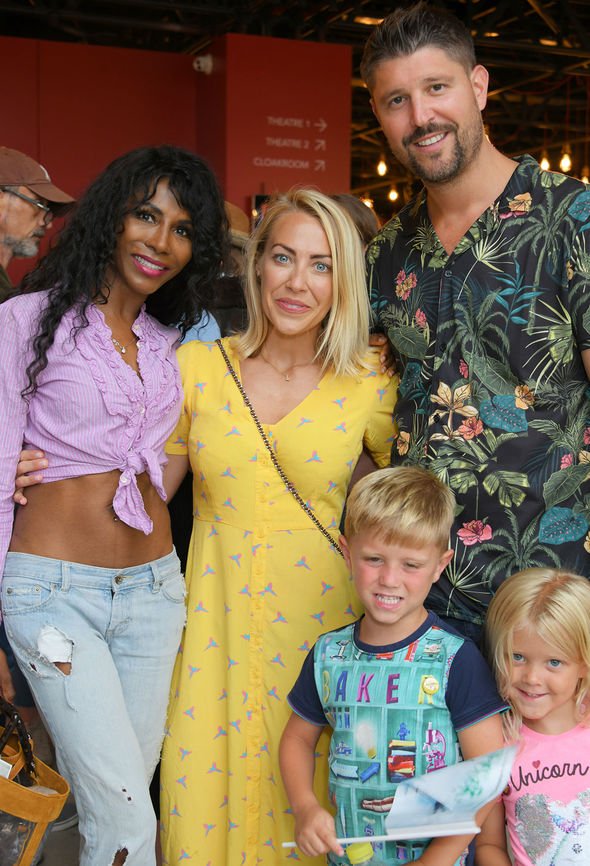 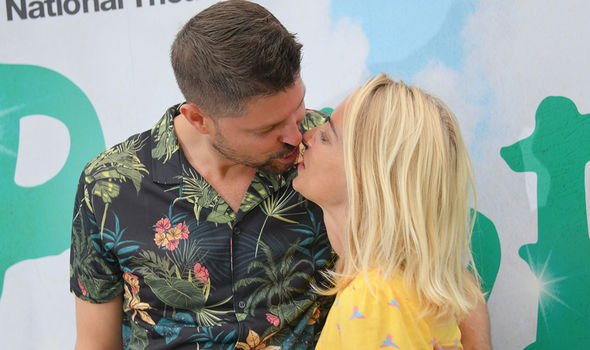 Laura wrote: “Such troopers filming in the heat with a foot in plaster and on crutches… determined to find their place in the sun.”

Earlier this month, Laura faced more issues when she told her Instagram followers she was stuck in Corfu, Greece, where she had been filming.

The presenter wore a floral skirt and a black vest top in a photo and wrote: “Don’t you just love air traffic control restrictions at this time of year?!”

“I’m not complaining though,” she continued. “I love my job & it’s totally worth it… @aplaceinthesunofficial.”

A Place In The Sun airs on Channel 4 today at 4pm.