Pointless saw the return of Richard Osman and Alexander Armstrong as they welcomed eight comedians to the podiums on this evening’s edition of the BBC quiz show.

The episode was full of banter and slapstick comedy, which brought both the audience and viewers to their knees.

However the moment which left viewers utterly speechless was a scenario which involved comedian James Acaster and his podium.

In the third round of the show James was struggling to come up with an ingredient one would put in a spaghetti bolognese.

Unfortunately for him, the only answer he could muster was “chocolate” – leaving his partner Joel Dommett a little unimpressed.

Despite his initial aversions to giving chocolate as an answer, James bit the bullet and began pacing around the studio in fear of losing the competition.

As if James’ luck wasn’t bad enough, he went on to lean on his podium, breaking the sign off brutally.

He then yelled: “Broke that! That’s broken…”

Alexander couldn’t help but laugh as he covered his mouth with his hand.

James continued by asking: “Chocolate, is it on the board?” 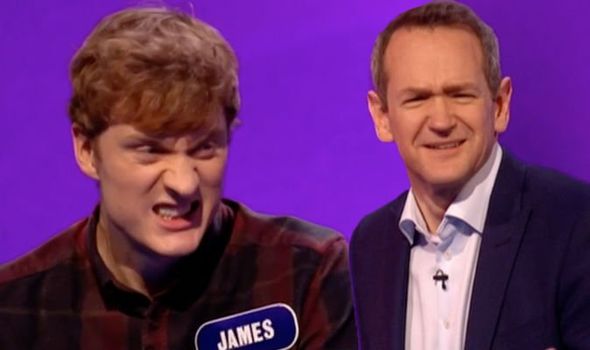 What were you thinking?

But it wasn’t – and the incorrect answer was enough to send the couple home.

James was then ridiculed by his fellow players, and even Richard Osman, who slyly remarked: “What were you thinking?”

James and Joel went home without any money for their chosen charity, and shame brought onto their families – as Joel himself said.

In a previous episode Richard and Alex were left a little baffled by their contestants’ reaction to a topic.

During the episode Alexander announced the next topic for the game was chemistry. 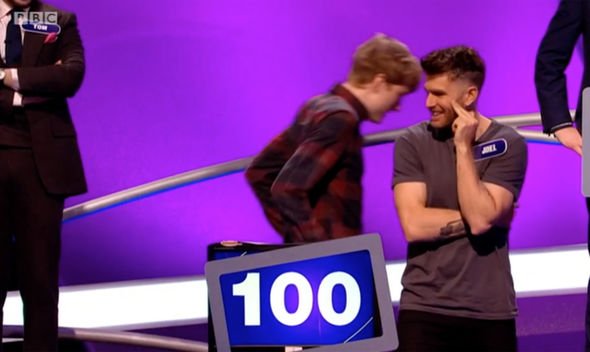 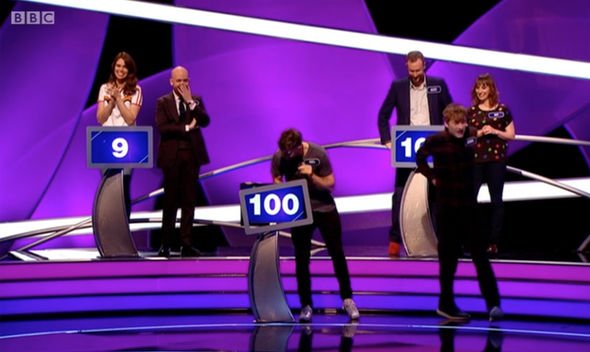 After this announcement, two members of the teams in front of him began giggling incessantly.

Alexander looked to Richard and announced: “We’ve never had a reaction like that before.

“I’ve never seen something like that from chemical elements!”

Richard was eager to agree, as he added: “It’s interesting to get such an enormous reaction from a chemistry round.”

Pointless airs weekdays at 5.15pm on BBC One.