But still no premiere date 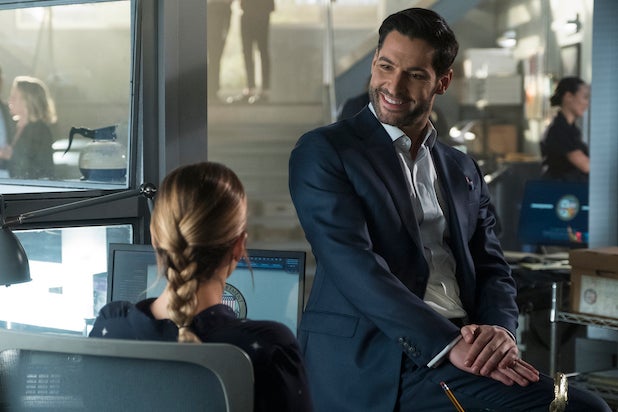 Hallelujah! Netflix has blessed the fifth and final season of “Lucifer” with an additional six episodes, bringing the grand total for the supernatural drama’s last run to 16.

The streaming service announced last month that it would end the Tom Ellis-led drama with a 10-episode fifth and final season to launch next year. No premiere date has been given for what is now a 16-episode Season 5.

“Lucifer” Season 4 dropped May 8 on Netflix, close to a year after the streamer revived the show following its cancellation at Fox. The 10-episode fourth season ended with one hell of a cliffhanger, which Ellis broke down for TheWrap here.

Joe Henderson, Ildy Modrovich, Jerry Bruckheimer, Jonathan Littman, Sheri Elwood and KristieAnne Reed are executive producers on the series, which was developed by Tom Kapinos and is based on the characters created by Neil Gaiman, Sam Kieth and Mike Dringenberg for Vertigo, from DC Entertainment.

“Lucifer” is produced for Netflix by Jerry Bruckheimer Television in association with Warner Bros. Television.