Chris Pratt is taking some flack over a statement his… T-shirt made?

The Avengers: Endgame star was spotted out and about in El Lay with new bride Katherine Schwarzenegger on Sunday, and his choice of Summer apparel has become a hot topic.

What was he wearing that was so offensive?

And here’s a smattering of the outrage over it…

Andy Dwyer would never wear a shirt emblazoned with a white supremacist dogwhistle. Chris Pratt is unequivocally the worst Chris.

Unfollowed already. Haven’t liked him since Parks & Rec anyhow, and I can easily cancel him in that too. @prattprattpratt hope those bigots pay you a good pay check. Bye girl.

I like him, but all these small things about his politics makes me wonder when he’ll say something transphobic, tank his career, and do the full heel-turn into a Fox commentator

Pretty soon he’s going to go full Sorbo or full Adam Baldwin and we’ll have to replace him in the Chris lineup with Chris Jackson. Actually can we just go ahead and replace him now and save future grief?

The T is a mashup of the American flag with the coiled snake and “Don’t Tread On Me” logo of the Gadsden flag.

The Gadsden flag was designed by a general in the American Revolution as the flag of the Continental Marines. 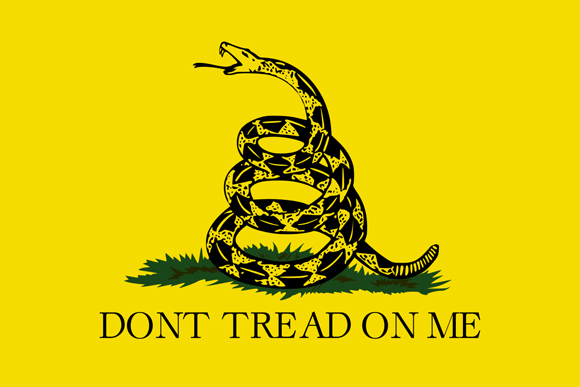 The rattlesnake, native to New England, was adopted as a symbol of the 13 original colonies thanks in large part to a cartoon by founding father Benjamin Franklin.

The Gadsden flag is still flown on U.S. Navy ships and has endured for over two centuries as a symbol of American patriotism. They even had it hanging on the set of The West Wing.

So, um… what’s the controversy??

Well, it seems it’s another one of those Pepe the Frog situations. The flag has been adopted as the symbol for some pretty Far Right groups in the U.S. over the past few years, first the Tea Party (who incidentally also commandeered the name “The Tea Party” from the American Revolution) and later full-on white supremacist groups.

Because of that association, many view the flying of the flag — or indeed the wearing of it — to be something of a hi sign among racists.

Is that fair though?

Isn’t it a bit of a leap to throw Chris in with that lot? We mean, those alt-right guys also love to paste the American flag on everything, we can’t exactly consider that to be a racist dog whistle.

Think about it this way:

If we saw Pat “the gays cause hurricanes” Robertson wearing a rainbow tie on The 700 Club, we wouldn’t suddenly think he was an LGBT ally.

Though TBH we’d prob have a good laugh about it. 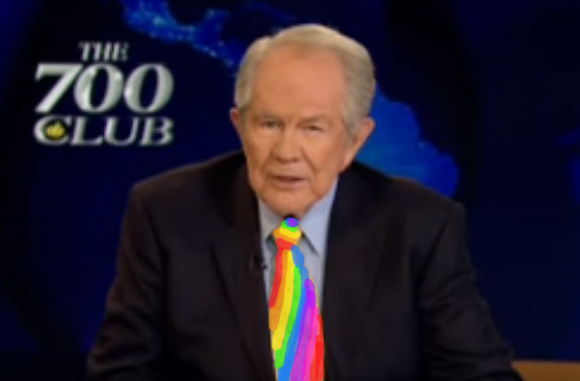 Look, we know Pratt is a conservative in a lot of ways. But we’ve never heard anything racist or homophobic from him.

When Ellen Page went after him over his involvement with a reportedly anti-LGBT church, he came out strongly against homophobia, saying:

“My faith is important to me but no church defines me or my life, and I am not a spokesman for any church or any group of people. My values define who I am. We need less hate in this world, not more. I am a man who believes that everyone is entitled to love who they want free from the judgment of their fellow man.”

It’s also very possible Chris doesn’t consider this a racist symbol at all, as many still don’t.

As recently as May of this year we saw liberal, pro-choice women using it as a meme to protest the abortion bans in Alabama and Georgia. 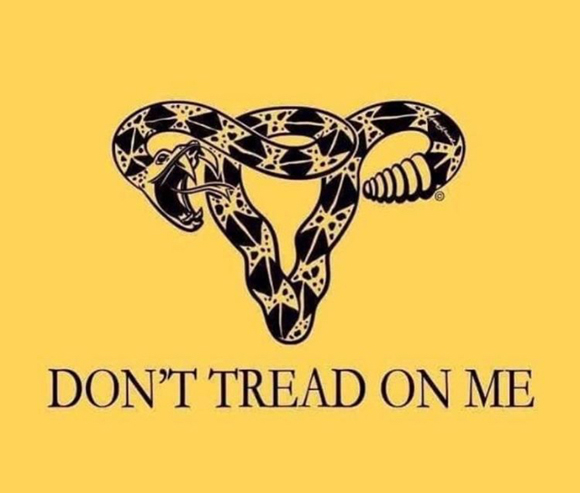 Pratt has not responded to controversy over the T-shirt as of this writing.

What do YOU think, readers? Is it fair to interpret someone wearing the Gadsden flag as a dog whistle just because some white supremacists have been using it??