Geordie comedian Chris Ramsey is partnered with Karen Hauer on Strictly Come Dancing and has made it to week three – movie week. The duo will be dancing the American Smooth (Foxtrot) to Cheek To Cheek by Frank Sinatra from the film Top Hat.

Chris admitted on his Sh**ged Married Annoyed podcast with wife Rosie, in his excitement of getting through he accidentally pushed his professional dance partner down the stairs.

He said: “I was cheering so much when we got through that I pushed [Karen] down the stairs.

“We were on a step and she fell backwards and had to grab the bannister – I picked her back up and everyone was like: ‘What a d**k!’”

However, Chris then confirmed Karen had escaped unscathed saying: “She was fine, I picked her back up.” 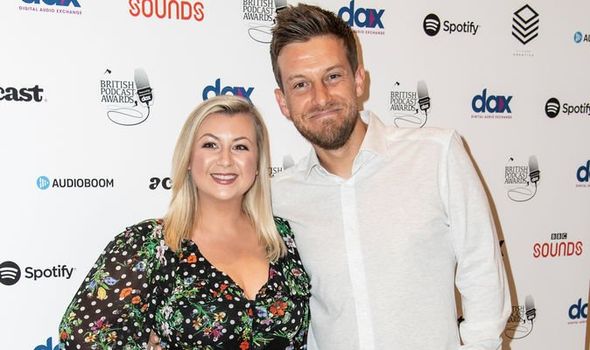 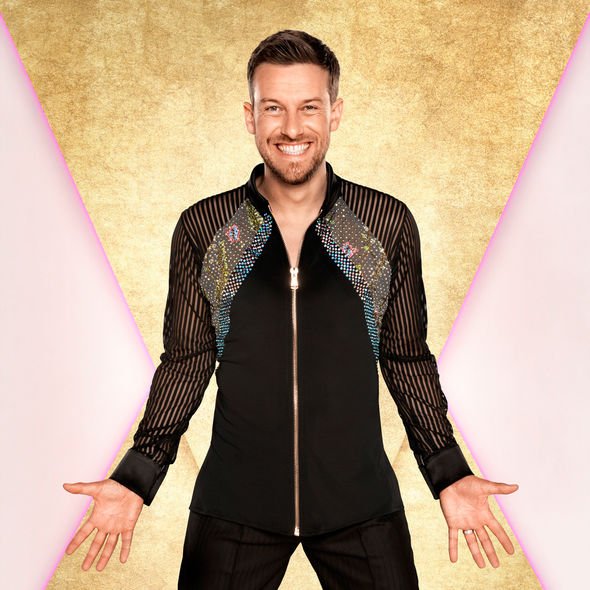 It’s not the first time Strictly has almost landed Chris in hot water, as when it was first announced he was joining the show, his wife Rosie was unimpressed with not getting a phone call.

Chris revealed he was starring in Strictly on the One Show, alongside former England goalie David James and EastEnders star Emma Barton.

However, he didn’t ring his wife Rosie Ramsey after appearing on the One Show, and she took to Instagram to share her feelings.

Rosie joked to her 290,000 followers: ”So yeah, very exciting announcement, I’m not being funny, I don’t want to start rumours but he said he was going to ring after. 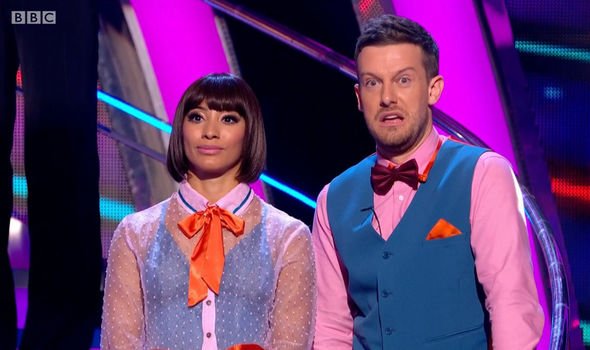 “He was on the One Show half an hour ago. It’s started already. I knew it would happen.”

She added the word “Curse” to her quip, however later took to Instagram to reveal she was joking.

She wrote: “He rang, our marriage is safe. I’m really looking forward to having something to actually do on a Saturday night.

“As always your support for stuff is incredible! Feel like it’s me doing it! (Wish it was. Not bitter. Bit Bitter. It’s all good).”

In September, Rosie wrote for Metro.co.uk and debunked the Strictly Curse and stated how proud she was of Chris for taking part.

She wrote: “‘Rosie’, I hear you all cry. ‘What about *gasp* the curse?’ I can see the horror, shock, screaming and fainting now.

“Now, strap in. This may come as a genuine shock to you but it was actually me who forced my husband to say yes to the show.”

She added: “But Rosie…the curse?’ I hear you ask again. Yes. I know. I am fully aware of ‘The Curse’, I’m also aware that it’s been given its own special name. 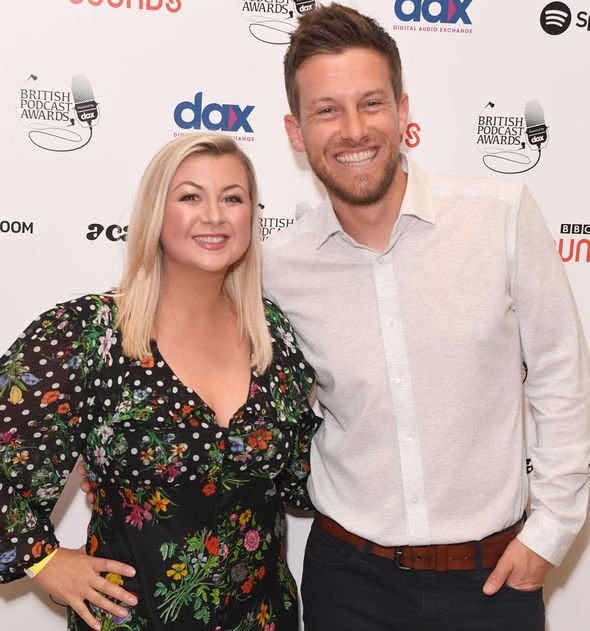 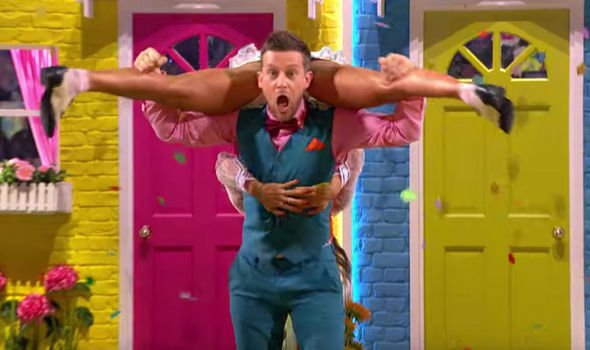 “How utterly delightful… Now, I trust my husband and understand that he interacts with members of the opposite sex daily, as I do. I cannot control him.

“I can only, like everyone else in a relationship, hope that our marriage never goes down that path, be it by him or myself.”

She also went on to explain how her husband could have some hidden talents which could help him on his Strictly journey.

Rosie wrote: “Thankfully though, what Chris has been blessed with is the ability to be good at things he has never done before.

“He is one of those people who can watch someone do something a few times then copy with perfect form. Irritating – yes – but also extremely impressive.

“He also possesses an incredible memory, which is great for when you need to find things around the house.

“However, not so great for the morning after a drunken row and he’s remembered every single word you’ve said.

“Honestly, I’m expecting great things from Chris on the show, I can’t wait to watch from home with our little boy Robin.”

Strictly Come Dancing is back on screens tonight at 6.40pm