Coleen Rooney has been seen with her husband Wayne for the first time in three months.

The WAG, 33, took to Twitter on Friday to share a black and white snap with the footballer as they enjoyed a double date with pals.

Hinting at Wayne’s absence from her social media in recent weeks, Coleen captioned the post: ‘It’s been a while… Great to be back to weekday date nights and meeting up with friends.’ 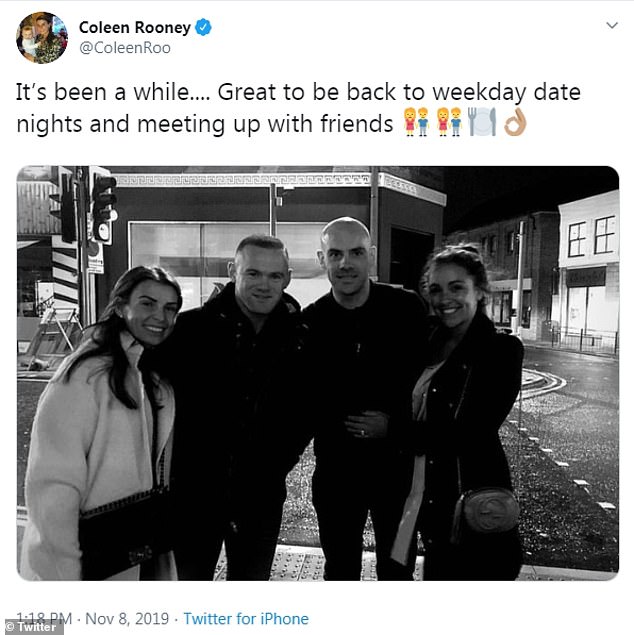 They’re back! Coleen Rooney has been seen with her husband Wayne for the first time in three months as she tweeted a cosy snap following their double date night with pals

Of course Coleen could also be referencing that this is her first date night with Wayne since her drama with fellow WAG Rebekah Vardy, which saw her accuse the wife of Jamie Vardy of selling fake stories about her to the press.

Regardless the couple were the picture of happiness as they enjoyed the outing together with their friends.

Coleen and Wayne were last spotted together on 28th August, as they arrived at Washington Airport to jet back to the UK, just a week after the sporting star had been spotted entering a hotel with a mystery woman.

Wayne hit back at the reports at the time after he was spotted with his arms around a woman in a nightclub in Vancouver, Canada. 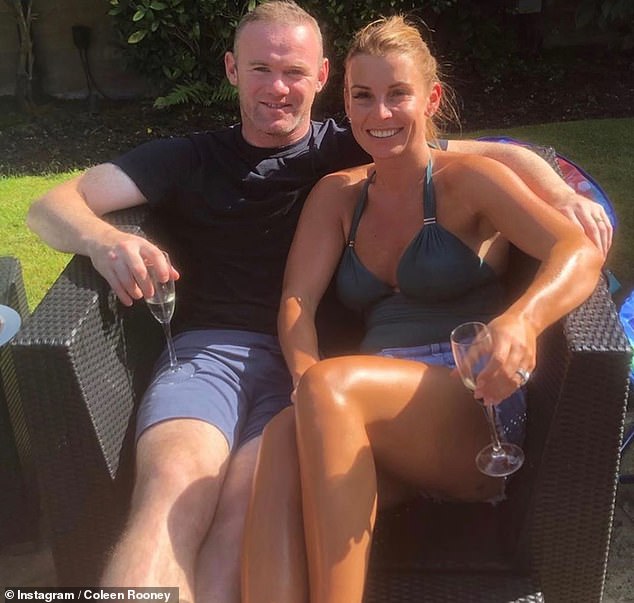 Happy: The WAG hadn’t been spotted with her footballer husband since late August. Their last joint social media post came on 24th July

Responding to the reports on Twitter, he wrote: ‘Nothing happened between me and any girl on that night in Vancouver. I did not enter the lift alone with the girl pictured in the hotel foyer.

‘The girl pictured in the club was simply one of many who innocently asked for photographs and pictures.’

It was long thought that Coleen wanted to move back to the UK to be closer to her family, but Wayne still completed his contract for DC United last month, and will now remain in England permanently as an assistant coach for Derby County. 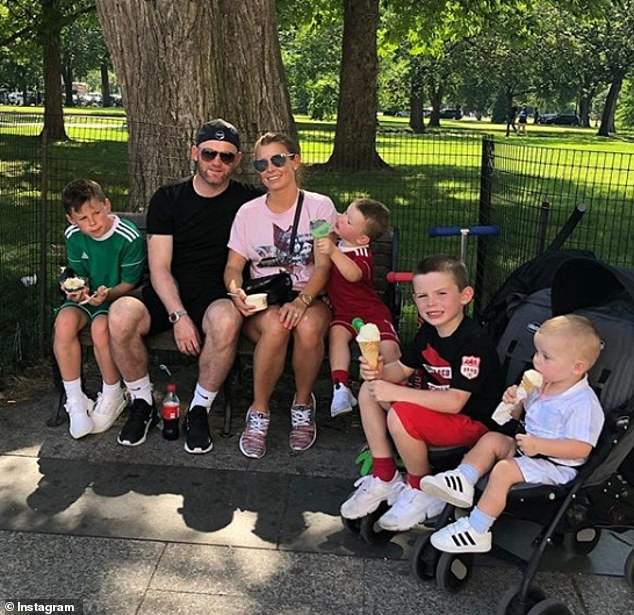 Close bond: The couple last appeared in a family snap together on 24th June, as they enjoyed a family outing in Washington together

Coleen and Wayne’s last joint social media post came on 25th July, as they posed for a loved-up snap during the summer holiday with their family.

The couple last appeared in a family snap together on 24th June, as they enjoyed a family outing in Washington together.

Cancelled: Last month Coleen did not join Wayne on a half-term break in Barbados, and said to her fans on Twitter that she was suffering from ‘an infection’

Last month Coleen did not join Wayne on a half-term break in Barbados, and instead opted to stay at home with her youngest son Cass, 20, after telling fans she was suffering from ‘an infection.’

She wrote on Twitter: ‘Lovely morning in the fresh air with Cass. We had planned to be with the rest of our family in Barbados for half term break.

‘Unfortunately I became poorly with an infection before we were due to leave. I am not able to join them for the time being, even though I am feeling better [sic].’

The tweet came as Wayne was spotted touching down in Barbados to join his three other children for their trip, before joining friends and family on the beach near their home on the Caribbean island.

The football star arrived a few days after his sons, who jetted over with their grandparents Colette and Anthony McLoughlin, Coleen’s parents.

In 2017 Wayne and Coleen were plagued by split rumours following the footballer’s wild night out in September – which saw him arrested for drink driving while behind the wheel of party girl Laura Simpson’s car.

Coleen – who was pregnant with their son Cass at the time – finally addressed the rumours in a lengthy Facebook post, confirming she decided to give her husband a second chance. 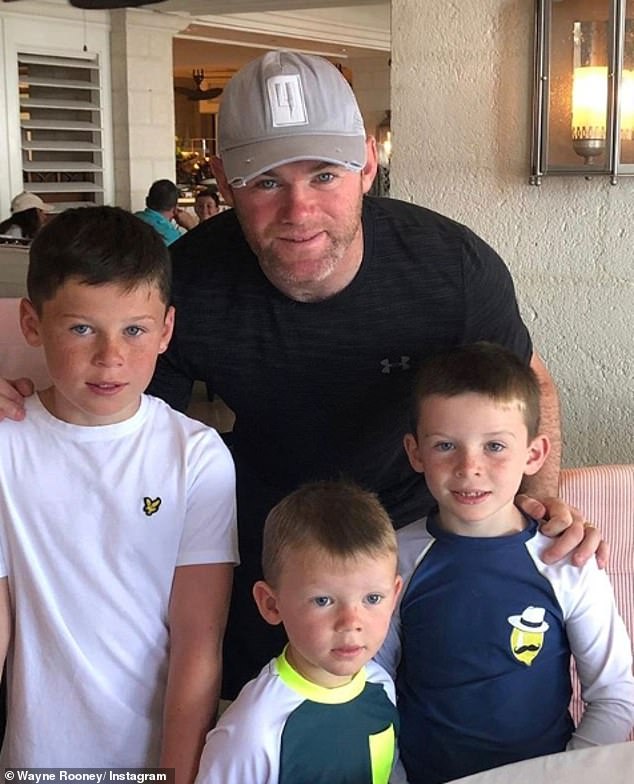 Birthday boy: Wayne did take to Instagram to share a sun-drenched picture of himself and three of their sons on holiday in Barbados