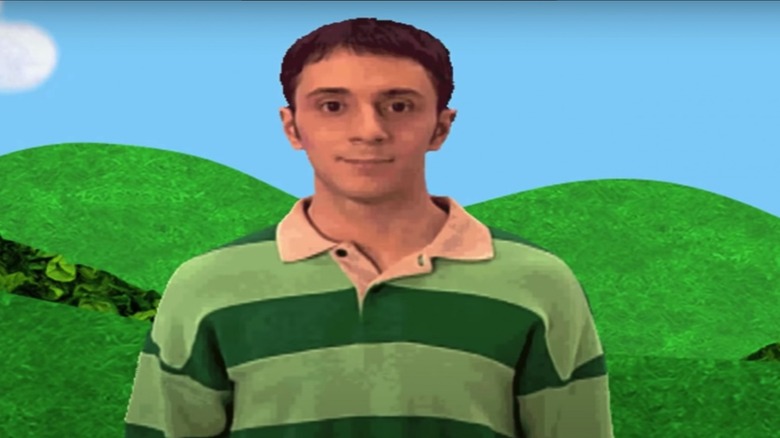 The millennial side of the internet had a collective therapy session when Steve from “Blue’s Clues” told us he’s proud of us. The host from the popular children’s show appeared on our timelines on the 25th anniversary of the series, when channel Nick Jr. tweeted a video of him explaining his sudden departure in 2000. Steve Burns was back in a striped green shirt and khaki pants, invoking a sense of nostalgia and closure for his now grown-up audience: “I guess I just wanted to say that after all these years, I never forgot you, ever.”

“Now that Steve from blues clues apologized I can begin to work on my issues with men. 2021 is about healing,” musician CHIKA tweeted. Another said, “Can Steve come back and compassionately tell me how to get a Clue as an adult. Like how to qualify for a mortgage and meal prep?” (via Twitter). However, the actor wore more hats than just “beloved host” during his time on the show. Read on to know about his many roles on “Blue’s Clues.” 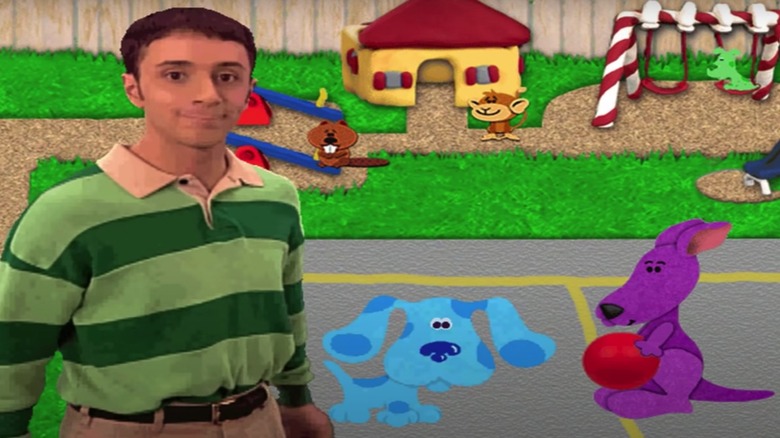 Along with a cast of animated salt and pepper shakers, spoons and couches, Burns created a sensation with the show when it first aired in 1996 (via IMDb). Blue the pup (who was also animated) prodded him with clues to dances, treasures and games. On screen, he was the host everyone waited to hang out with. Off-screen, Burns’ background in acting and degree in theater let him do a lot more (via The New York Times).

According to his IMDb profile, Burns was also a co-producer, writer, and creative consultant for many episodes. His ability to understand the show from different perspectives made him the perfect candidate to consult with for the latest reboot of the show, “Blue’s Clues and You.” Burns was brought on as a consulting producer and even directed five episodes. Burns also helped pick the new host, Josh Dela Cruz, who’s come to be quite popular, too (via IMDb). While Burns is credited with many roles, his prowess at acting and connecting with his preschool audience is what we’ll always remember him for.