Now that Andy Cohen has confirmed there will be a reunion for ‘RHONY’, Eboni K. Williams is sharing what she hopes to accomplish during the annual special.

Eboni K. Williams feels “great” now that Andy Cohen has confirmed there will be a reunion for The Real Housewives of New York City this season. Fans had worried that there wouldn’t be a reunion this season since it’s usually filmed before the current season ends, and Season 13 has already concluded — but now it’s officially happening, and Eboni is thrilled.

“I think that would’ve been just a missed opportunity to not have a reunion after a season that was met with a lot of opinions and perspectives, right? That’s what reunions are for and get everything on the table,” Eboni told HollywoodLife during an EXCLUSIVE interview on IG Live on Sept. 13. “I have feelings and thoughts. I am certain that my cast-mates have feelings and thoughts and I think it’s going to be a fantastic reunion.”

But don’t expect Eboni to go off on anyone when the cast does reunite for the reunion. “I don’t really do confrontation. That’s not really my jam,” she said. “I’m looking forward to hearing [their] thoughts and opinions — probably the most of Luann [de Lesseps], [though], because we’ve had the least amount of communication since the show aired, I would say.” 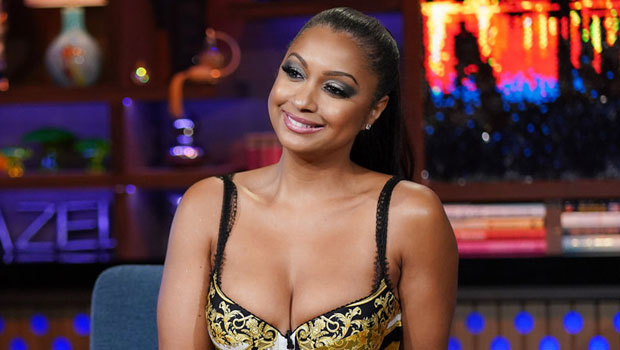 When asked whether she’d return for another season, Eboni, who will be guest-hosting on The View soon, told us, “We know how this thing goes, right? First, the network gets to make a decision around who they want to extend invitations to, and I’m pretty sure that’s going to be after the reunion. And then, once they make their decision, those of us that are fortunate to get a decision back, we get to make a decision. Does it make sense? I’m just somebody that makes decisions around what makes sense. What makes sense personally? What makes sense for me on a business decision because I am a business woman. What makes sense for my personal life and my financial goals, frankly.”

At this time, it hasn’t been revealed when the RHONY cast will film the reunion so the show is currently on hiatus.