Just days after a video resurfaced where Jessica Biel can be seen admitting that she’s not the biggest fan of NSYNC, the actress is officially winning Halloween with a tongue-in-cheek costume poking fun at that fact. At the Casamigos Halloween party on Friday, Oct. 25, she channeled her husband’s former boy band days — and it might just be one of the best looks I’ve seen this year. Get ready to say bye bye bye to 2019, because Jessica Biel’s Justin Timberlake costume will make it feel like it’s 2000 all over again.

On Friday night, Biel was busy tearin’ up our hearts (and the dance floor) while rocking a circa 1999 blue metallic jumpsuit, diamond earrings, white tennis shoes, small blue sunglasses, and a curly-haired wig that threw it back to the short curls that the musician rocked during his NSYNC heyday. Meanwhile, Timberlake himself also got in on the nostalgia by dressing up as a microphone — and it might just be the best couple’s costume of Halloween 2019.

According to People, the duo went all out by enlisting four other male friends to dress up as the other band members, and the group was reportedly busting moves and tearing up the dance floor until the early hours of the night. In short, it sounds like a Halloween party that ’00s Justin would very much have approved of. 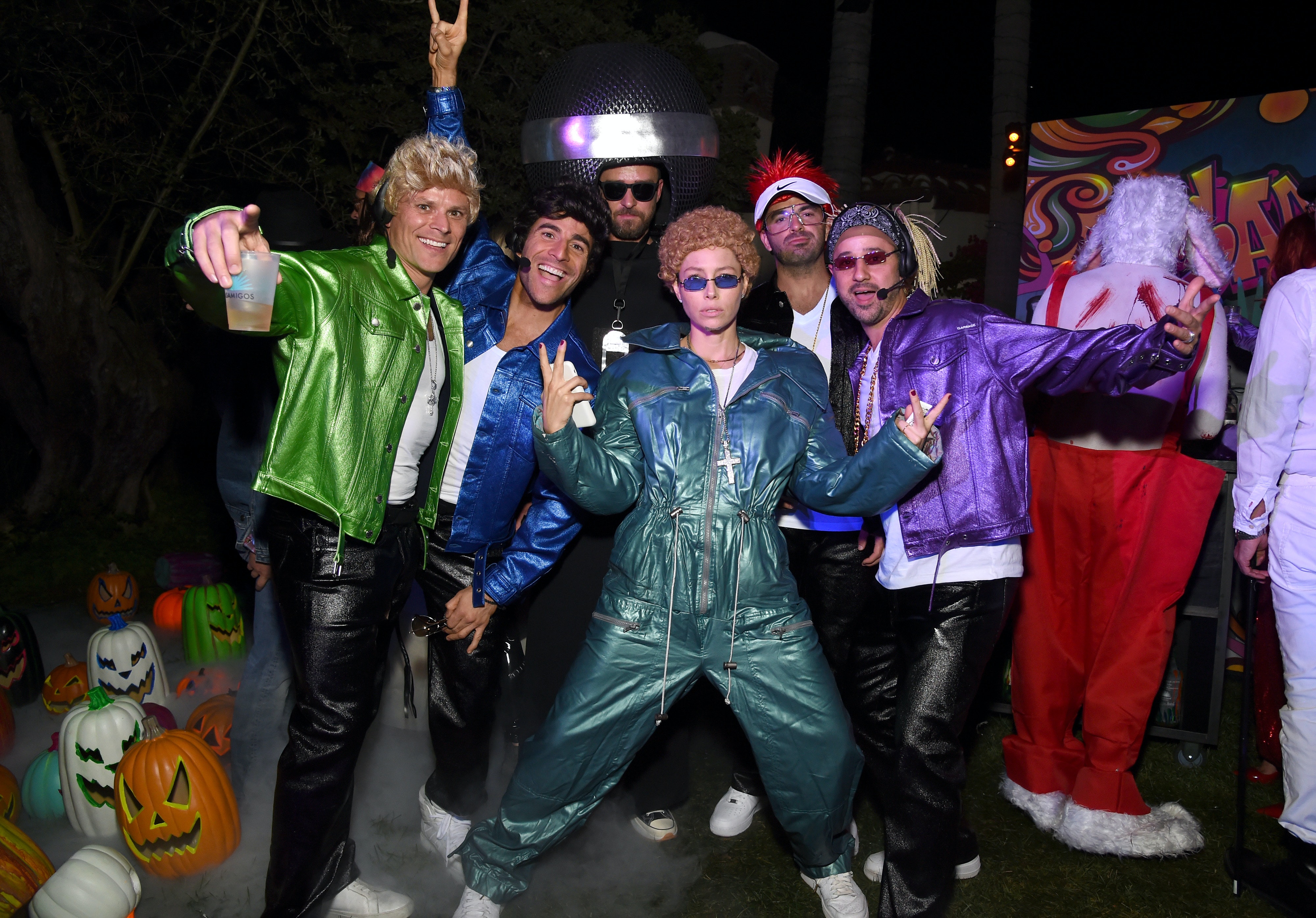 Biel’s costume comes just days after Jimmy Fallon played an old clip of her admitting that she wasn’t the biggest ‘NSYNC fan back in the day.

"To be honest, I don’t really listen," she could be heard saying. “I mean, I know of them, of course. And I’ve heard of them, and I’ve heard the music. But I don’t think I own any of their CDs. I’m not a huge fan. But, cool, I guess." It’s safe to say that times have definitely changed, and Biel has made no secret of the fact that she’s now Timberlake’s number-one fan.

Speaking to Marie Claire back in 2017, Biel gushed about her husband, "We have similar values; we believe in loyalty, honesty. We like to have fun. We like a lot of the same things. Also, in the business, we’re all very career-oriented, and you have to be a little selfish. I understand that about my peers — about being focused and driven — and if you can find that and someone who shares the same values as you, it’s like: Score!"

Additionally, in a 2017 interview with ETOnline, Biel added, "I hope I’m inspiring to him. I think having a partner who is doing something that you’re excited about — like for me, his music and everything that he does — it’s just amazing to see somebody doing what they love, and I think it can be as simple as that."

While Biel may not have been the biggest fan of NSYNC-era Justin, it’s safe to say that she is Timberlake’s biggest fan now and is learning to embrace his boy-band beginnings with humor — and it’s total couple goals. My only question is how this duo is going to top this epic costume idea next year.