Nicki Chapman revealed she feared losing her eyesight and speech in the wake of her brain tumour diagnosis.

The 52-year-old spoke candidly of her health scare in a new interview on The Chris Evans Virgin Radio Breakfast Show on Tuesday and praised the surgeon, who removed the majority of the golf-ball sized mass in May.

She said: ‘Saw my consultant, they put me on medication to see me through. I was still working at the time and that stopped the eyesight and speech problems. 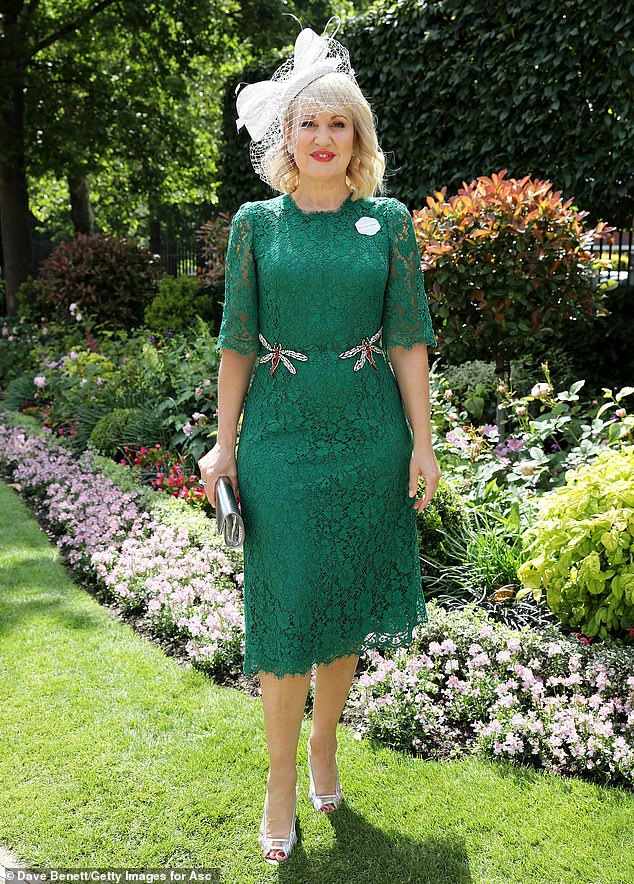 Worry: Nicki Chapman revealed she feared losing her eyesight and speech in the wake of her brain tumour diagnosis

‘It was serious I could have lost some of my eyesight or my mobility and speech. But I had a fantastic surgeon and great team around me.

‘I know I have been fortunate, I am not going to use the word lucky I say fortunate. Great care, it went my way. They couldn’t take out all of the tumour, I got a little bit left. The NHS looked after me and I feel fine and I’m back at work!’

Although the surgeon was unable to remove the entire tumour, Nicki said her diagnosis has had a life-changing and positive effect on her.

She shared: ‘Nine to ten weeks ago I was diagnosed with a brain tumour… It was literally in April. I still have a little bit of it left ,but the good news is I’m smiling. 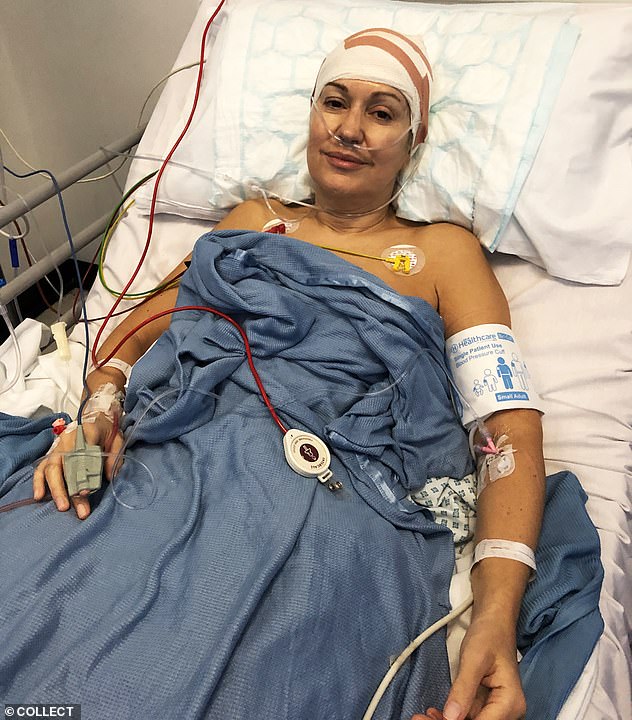 Health: The 52-year-old praised the surgeon, who removed the majority of the golf-ball sized mass in May 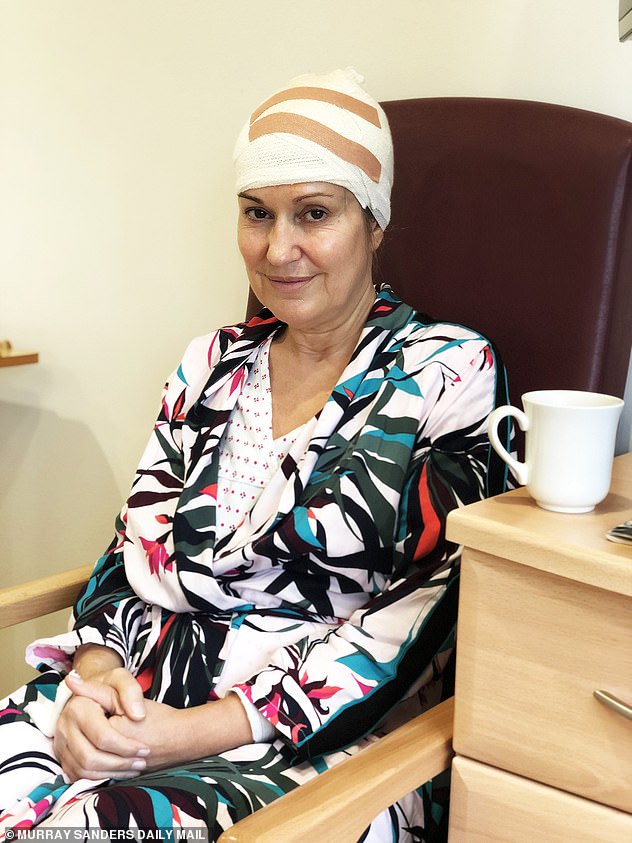 Reflecting: Although the surgeon was unable to remove the entire tumour, Nicki said her diagnosis has had a life-changing and positive effect on her

Reflecting on a difficult few months, the former Pop Idol judge, who has nicknamed the remains of her tumour Bert, said that she knew something was wrong when she lost her eyesight and ability to speak properly.

WHAT ARE BRAIN TUMOURS?

A brain tumour is a growth of cells in the brain that multiplies in an abnormal, uncontrollable way.

It can either be malignant or benign.

The symptoms of a brain tumour vary depending on the exact part of the brain that’s affected. Common symptoms include:

Brain tumours can affect people of any age, including children, although they tend to be more common in older adults.

Nicki admitted she initially believed that she had a stroke following a visit to her GP as she had no other symptoms and rushed to A&E alongside her husband Dave Shackleton to find that she had a tumour.

‘I had no headaches, I call him ‘Burt’ and I had him for about two to three year,’ she continued. ‘My eyesight started to go and then I couldn’t speak one day, I was doing a voice-over.

Adding: ‘Not great, as I could’t speak properly and I spoke to my GP and she said I think you have had a stroke, you had better get down to A&E. It was literally that quick, it was like 48 hours. No other signs.

‘I felt great and you wouldn’t have noticed any difference. They thought it was a stroke, A&E were just brilliant. Thank you to all the staff there.

She concluded: ‘They saw me so quickly at Charing Cross hospital in London. Anything to do with strokes they see you within 10 – 15 mins, if they can and they said to me you actually have a brain tumour and you have had it a long time.’

Nicki spoke of her brain tumour diagnosis on This Morning last month and said it was a ‘dark gift’ that has allowed her to become less judgmental.

She told hosts Holly Willoughby and Phillip Schofield: ‘It gives you a different perspective. My friend said it’s a dark gift and I agree. I hope I don’t judge as much and I hope I’m more patient.’ 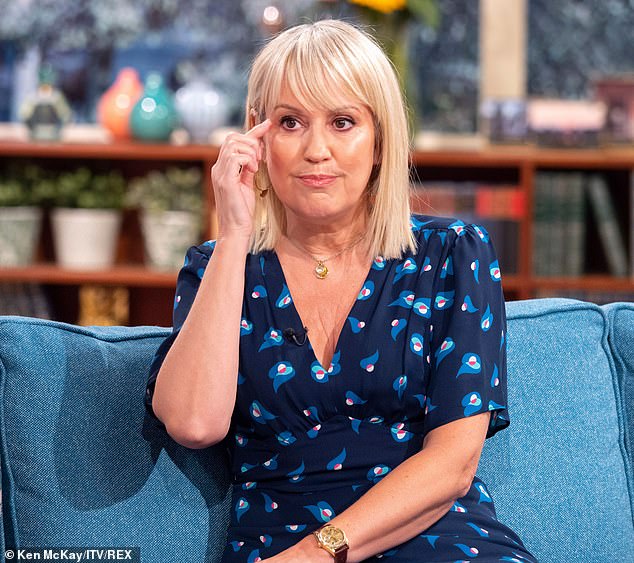 ‘Dark gift’: Nicki spoke of her brain tumour diagnosis on This Morning last month and said it was a ‘dark gift’ that has allowed her to become less judgmental