Novak Djokovic is a Serbian tennis player who is considered by many to be one of the all-time tennis legends. Djokovic has racked up numerous awards and accolades during his time in the sport, and notably is the only player to complete the career Golden Masters on the ATP Tour. With such a high-profile athletic career, it is natural that Djokovic’s personal life would be a topic of interest among fans. Although Novak Djokovic is happily married, his wife prefers to remain out of the spotlight — and Djokovic himself has revealed why he believes his wife has a hard time with the pressure, on occasion.

Who is Novak Djokovic’s wife? 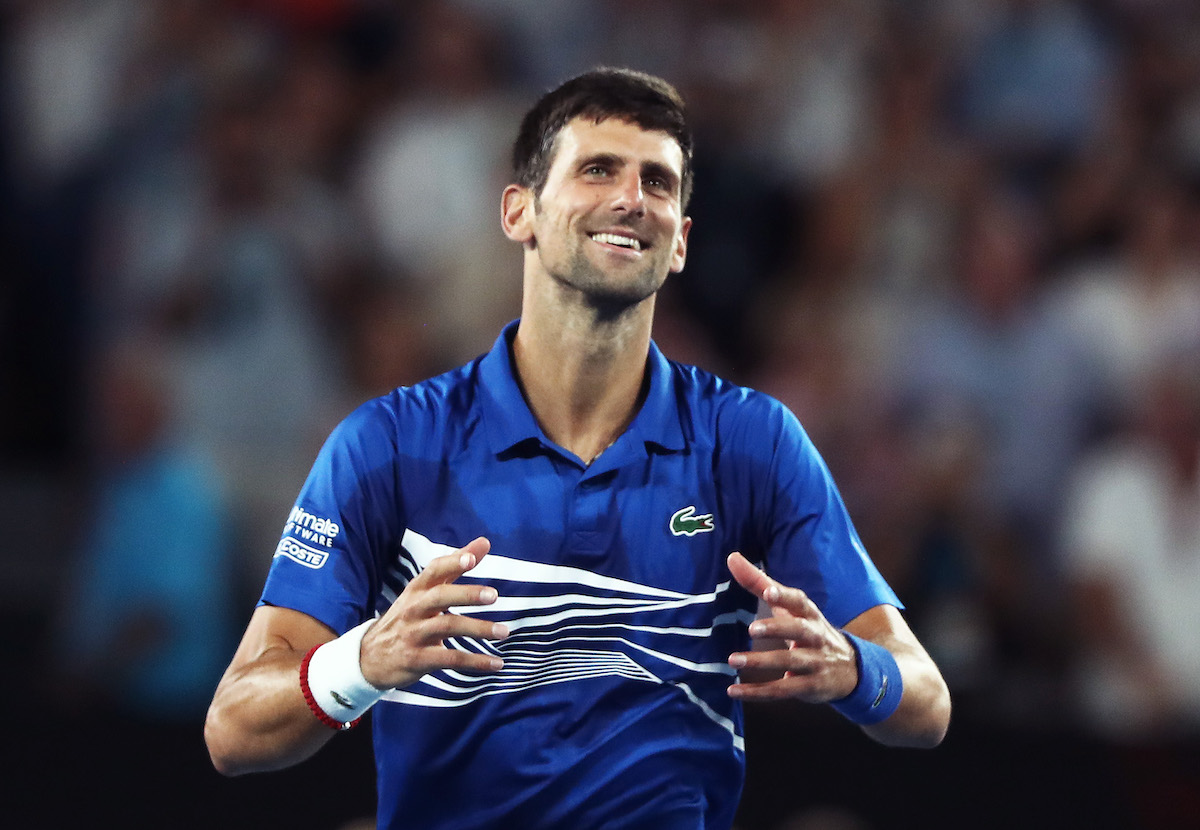 High-profile athletes can have such stressful jobs that maintaining a happy home life can be a real struggle. Fortunately, Novak Djokovic is one athlete who has been able to enjoy a long-term relationship. Djokovic began dating Jelena Ristic in 2005, only two years after Djokovic started his professional tennis career. By that time, Djokovic and Ristic were old friends, having known each other since high school, as reported by The Sun.

In 2013, after eight years of dating, the lovebirds got engaged — and tied the knot just one year later, in July 2014. Since their marriage, Jelena Djokovic has worked hard to maintain her own career, and The Sun reports that she works as the director of their charity, the Novak Djokovic Foundation. The organization helps disadvantaged children in Serbia by improving the country’s educational system.

What did Djokovic say about his wife’s avoidance of the spotlight?

Novak Djokovic is currently ranked as world No. 1 by the Association of Tennis Professionals, and to keep up with his strict schedule of matches and practice, he travels all around the world on a frequent basis. This doesn’t always make it easy for his wife — and as the tennis pro revealed in early 2021, living in the spotlight can be a lot to handle. As reported by 7 News, Djokovic explained, “She runs with the wolf. It can be very stressful to run with the wolf. I know that she doesn’t enjoy it at all times.”

Djokovic was referencing his wife showing up to one of his matches wearing a unique T-shirt that featured Djokovic’s face inside the silhouette of a wolf, along with the slogan, “I run with my wolf.” Djokovic praised his wife’s loyalty, stating, “It’s kind of living on the edge with the wolf. But I love her, she’s my great support.”

Does Djokovic have children?

Novak Djokovic has managed to build a family with his wife during his off-times from competition. Djokovic and his wife welcomed their first child, a son named Stefan, in October 2014. Three years later, the couple expanded their family and had a baby girl, whom they named Tara.

Over the years, Djokovic and his wife have shared a lot of sweet photos to Instagram, but they have generally kept their children away from the spotlight, preferring to keep that part of their lives low key — although they do allow rare glimpses into their home life from time to time, delighting their legions of fans.

It is very possible that the couple could choose to have more kids, since Djokovic revealed in a 2020 interview that he definitely wants more. For now, Djokovic is hard at work on his tennis career, working hard and relying on the steadfast support of his wife all the while.