Fashion trends come and go, but have you ever seen a trend and prayed it never returns? Yep, we all have. So when Reddit user @YouTubeIsAJoke asked, “What’s the most cringeworthy fashion trend that must never make a comeback?”, I needed to see what y’all think is hot and what y’all think is NOT. Here are a few trends people say it’s time to let die: 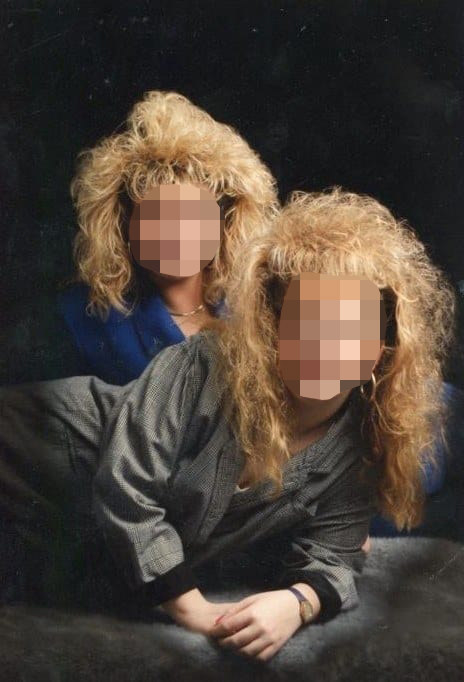 “The giant teased-up bangs. I used to call it ‘the claw.'”

2.Those pants that stick to your thighs, you know the ones:

“I had these florescent, blinding, bright blue pants from Limited too. They were made of some weird fabric that after sitting for a period of time, when I would stand up, they would be stuck to the back of my legs. I loved those things and would try to secretly unstick them from my legs, but it was so obvious.“

“Rat tails! Every boy had them when I was in elementary school, and it was just a bad idea! I thought it was abolished after the third grade, but at work a few weeks ago, I saw a kid rocking a rat tail and I cried a little.“

“When I was in high school, 1979-1983, we had this thing where you would wear your shorts on top of the sweatpants. I though it looked stupid then and wag my head in disbelief now.”

5.Pacifiers around the neck (yes, Gen Z, this was actually a thing): 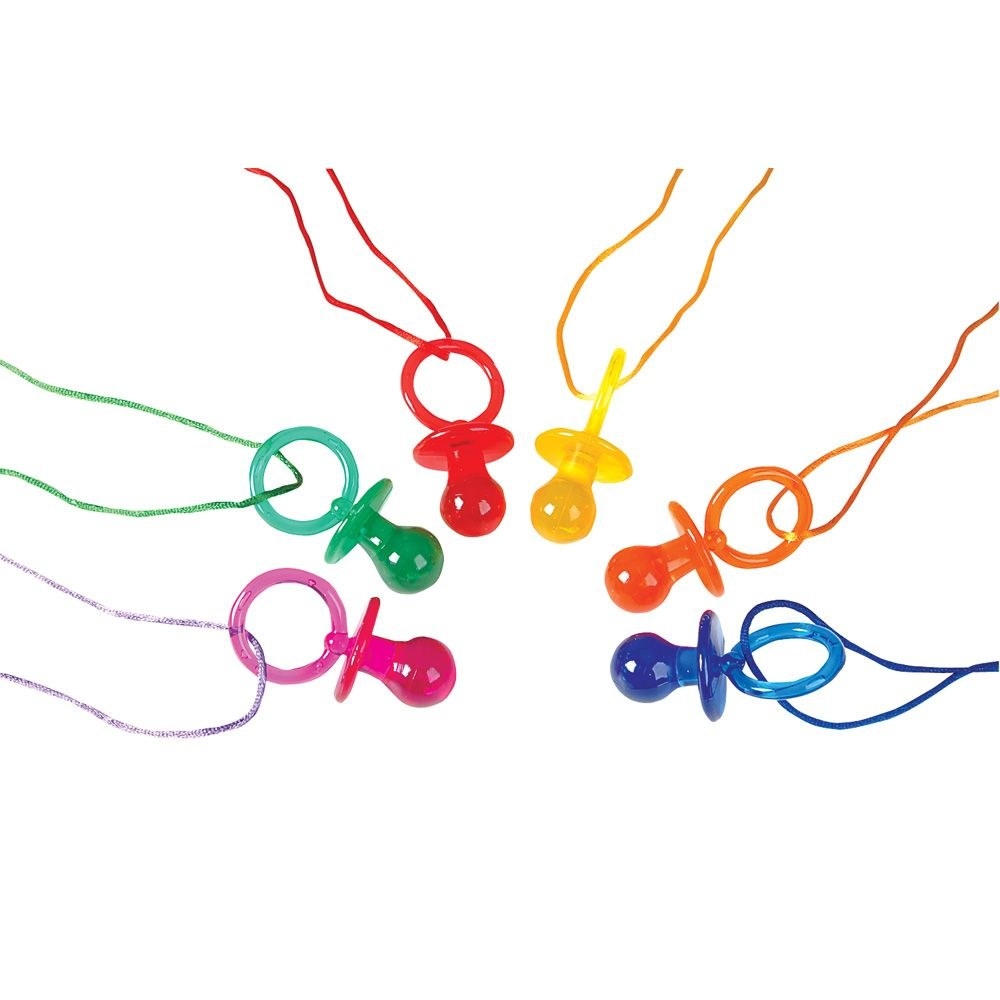 “When I was in college in the early- to mid-1990s, people were walking around with pacifiers around their neck. I never understood that one.”

“Clogs. I don’t know if it was a regional phenomenon, but in the late ’70s, all the cool kids (boys AND girls) wore shoes with 2” wooden soles. The high school hallways sounded like a cattle stampede between classes.“ 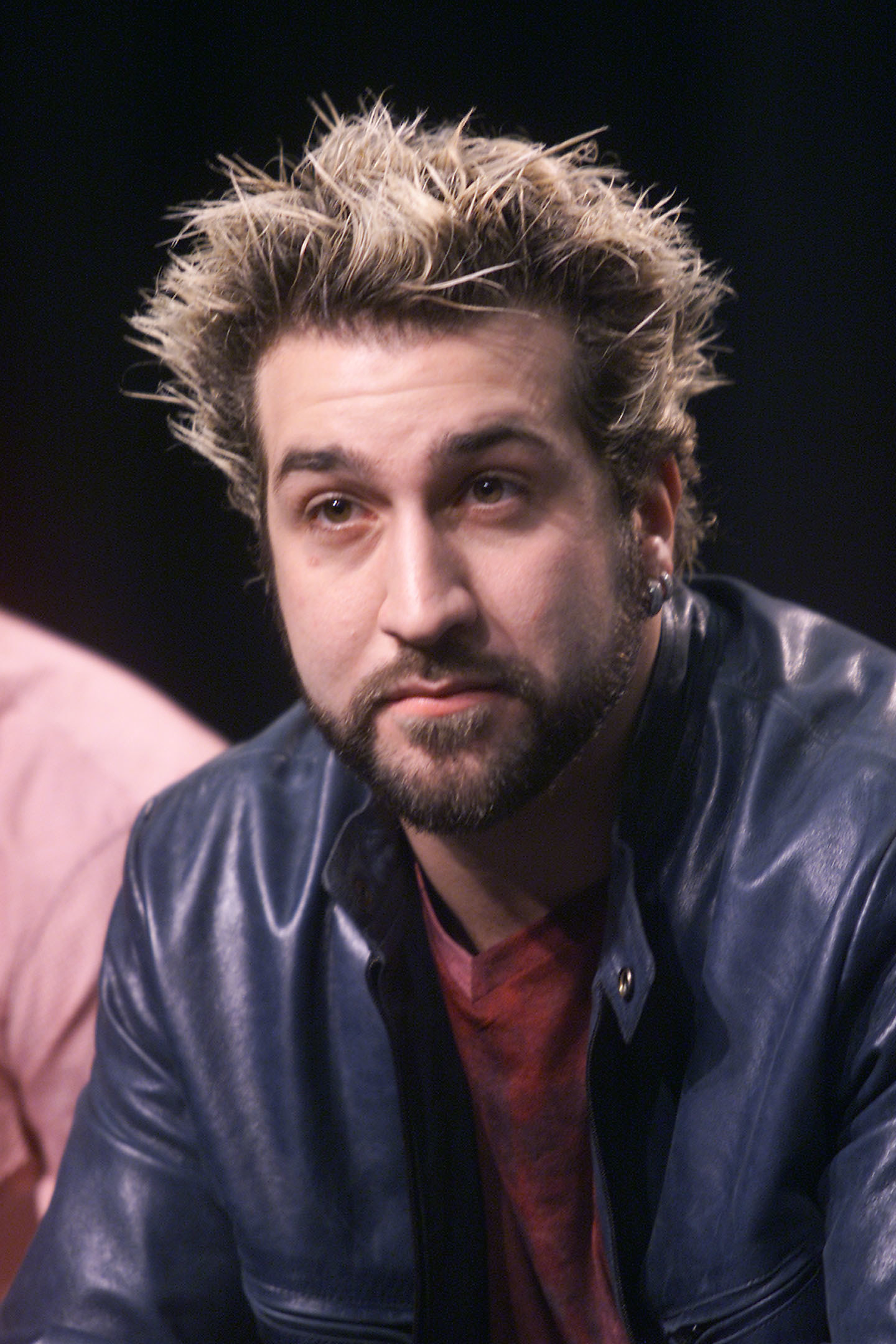 “Frosted tips! I think Guy Fieri is the only exception to this.“

8.Cartoon shirts with a very specific theme behind it:

9.Visible thong straps, ALL the time: 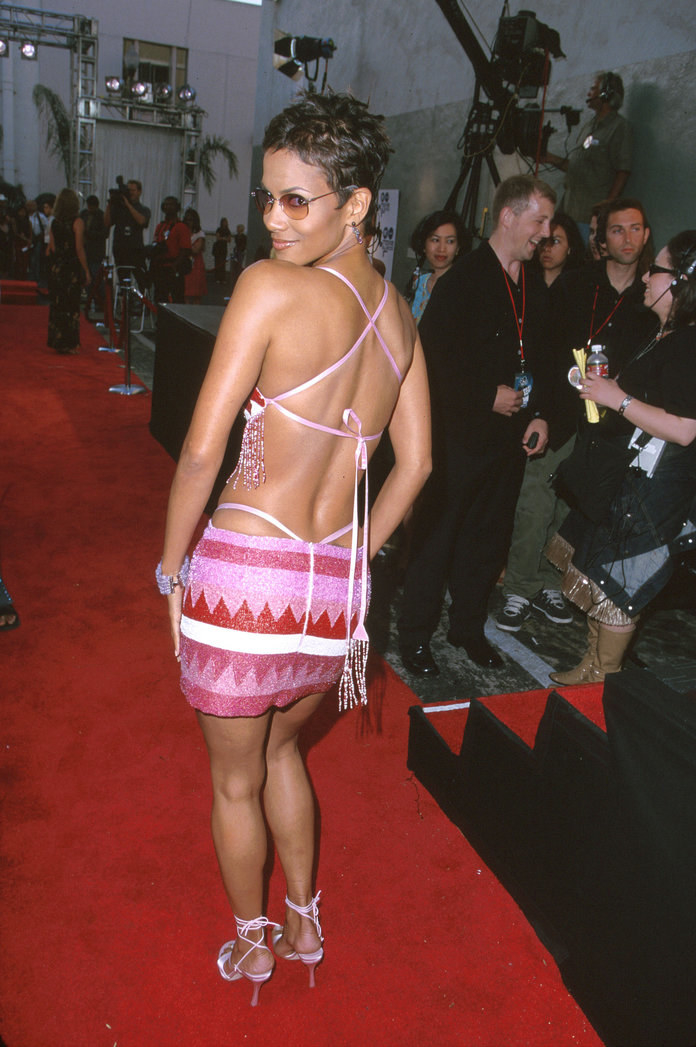 “That thing in the 90’s when you pulled thongs over the top of the jeans or skirts. I don’t get how that got popular.”

10.Those one-shoulder tops that made you wear another shirt underneath:

“In the early 2000’s there was a trend for girls at the club to wear these shirts that only had one strap over one shoulder. But most girls felt super self conscious wearing something that exposed so much skin/flaws/back fat, so they would wear a T-shirt underneath it, nullifying the whole point of the shirt. It looked awful.”

“Visor hats, especially combined with spiked hair. So many kids had this in the early 2000s in Australia. Give them a razor scooter and you’ve got the xxCoOl kiDxx trifecta.“

“I couldn’t stand those jeans that have fake underwear sewn in so it looks like our pants are sagging.”

13.Those sweatpants that are totally NSFW:

“Those sweatpants that say things like ‘JUICY’ or ‘MOIST’ on the butt. It definitely makes me cringe a little.”

14.And of course, the Bratz makeup that gave us nightmares:

“That Bratz doll makeup trend literally left me with so many nightmares.”

What fashion trends do you want to lay to rest once and for all? Leave them down in the comments section!

Also, we’re poking fun at certain fashion trends, but style is a personal choice. If you wear any of these trends, rock it and have fun.