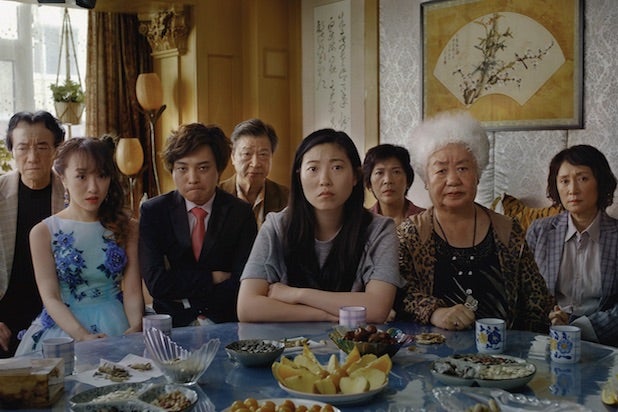 A24’s “The Farewell” had its four-screen opening this weekend and set a new mark for the highest per screen average of 2019, bringing some good news to an indie box office that has had very little to smile about his summer.

Premiering at Sundance in January, “The Farewell” arrived in Los Angeles and New York to critical acclaim, holding a 100% Rotten Tomatoes score with 90 reviews logged. The film grossed an estimated $351,330 this weekend for an average of $87,833, hitting that target despite power outages in Manhattan that forced the AMC Lincoln Square, one of the theaters screening “The Farewell,” to close early on Saturday night. The previous top average for the year was held by “Avengers: Endgame,” which had a $76,601 average from its record $357 million wide opening in April.

Written and directed by Lulu Wang, who based the story on her own family, “The Farewell” stars Awkwafina as Billi, a Chinese-American woman who learns that her grandmother (Zhao Shuzhen) has been diagnosed with terminal lung cancer. Against Billi’s wishes, the family decides to keep the cancer a secret from their matriarch, instead taking her to China to meet one last time with those closest to her. Tzi Ma, Diana Lin, Lu Hong and Jiang Yongbo also star.

While “The Farewell” has gotten off to a good start, the 2019 summer box office has failed to produce a breakout like “The Big Sick” or “Won’t You Be My Neighbor” in recent years. Amazon, the studio that released “The Big Sick” for a $42.8 million domestic run, has seen its latest release, “Late Night,” gross a much lower $14.8 domestic total after five weekends in wide release, while Annapurna’s “Booksmart” has grossed $21.8 million after eight weekends.

Also releasing this weekend is Bleecker Street’s “The Art of Self-Defense,” a dark satire starring Jesse Eisenberg as a quiet accountant who takes up karate after being attacked by a motorcycle gang. Written and directed by Riley Stearns, the film was released on seven screens and made just over $121,000 for an average of $17,297. The film premiered at SXSW and has a Rotten Tomatoes score of 92%.

Finally, NEON’s “The Biggest Little Farm” is approaching the $4 million mark after adding $76,000 in its tenth weekend, bringing its total to $3.92 million.