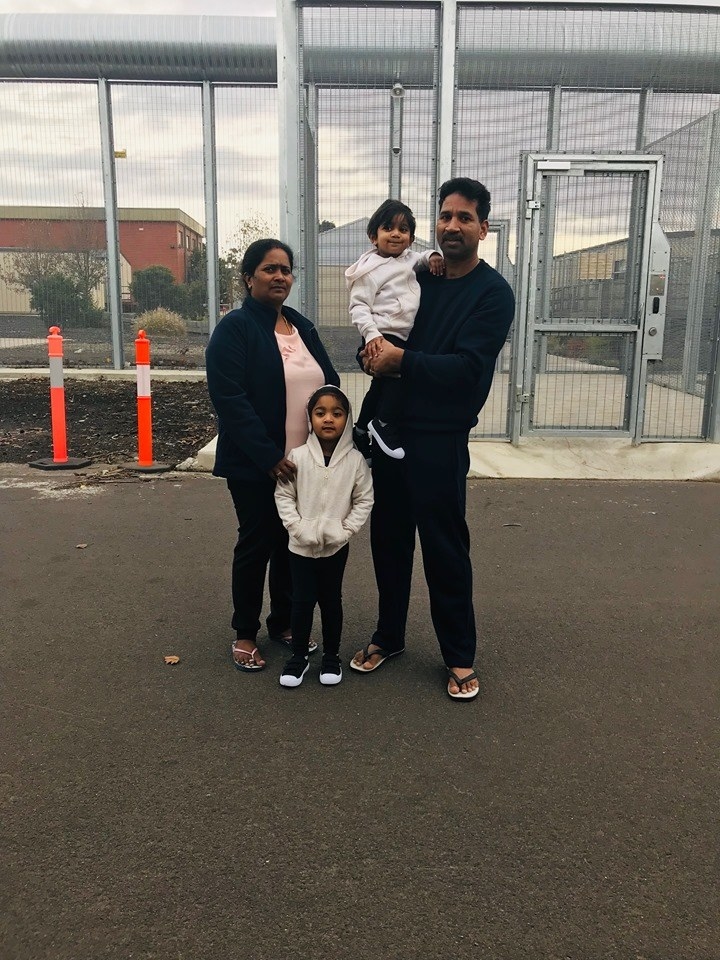 Time is running out for the “Biloela family”.

Unless the government has a change of heart and decides to let the family stay, they will have to win a difficult case in the Federal Court, which will be argued at 9:30am on Wednesday.

What is the family arguing?

Actually, the only member of the family technically involved in the case is the youngest, 2-year-old Tharunicaa.

Her lawyers say she can’t be deported to Sri Lanka because the government has never considered her claim for protection.

That’s what they told Justice Mordecai Bromberg on Friday, before he issued an injunction preventing the government from taking any steps to remove her from Australia until Wednesday.

They say it’s unlawful to remove her from the country before her refugee claim is individually looked at.

The family has argued that they are at risk of harm if returned to Sri Lanka because of their connections with the Liberation Tigers of Tamil Eelam. 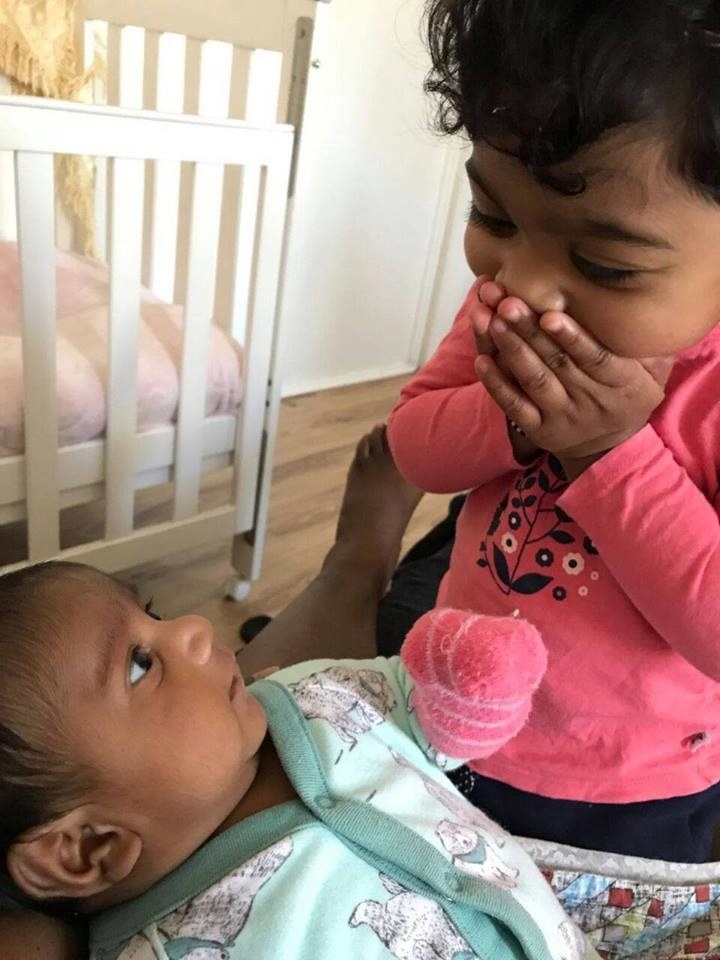 What about the rest of the family?

The protection claims of the other family members — parents Priya and Nades, and 4-year-old Kopika — have all been rejected.

“They could technically deport them right now if they wanted to,” barrister and migration law expert Jason Donnelly told BuzzFeed News.

The family’s lawyer, Carina Ford, has said the government gave her an assurance that the family won’t be split up.

What are the family’s chances?

Donnelly said it would be a difficult case for the family to win.

Even if Tharunicaa’s protection claim has not been assessed, “the question for the court is one of materiality: would it make any difference?”

The government will argue that looking at Tharunicaa’s case individually wouldn’t change anything, Donnelly said. The rest of the family has already been found not to be refugees, “so there’s no reason to suppose the youngest daughter would be owed protection when she is part of the same family”.

The government’s lawyer told Justice Bromberg on Friday that the case was “manifestly hopeless”. 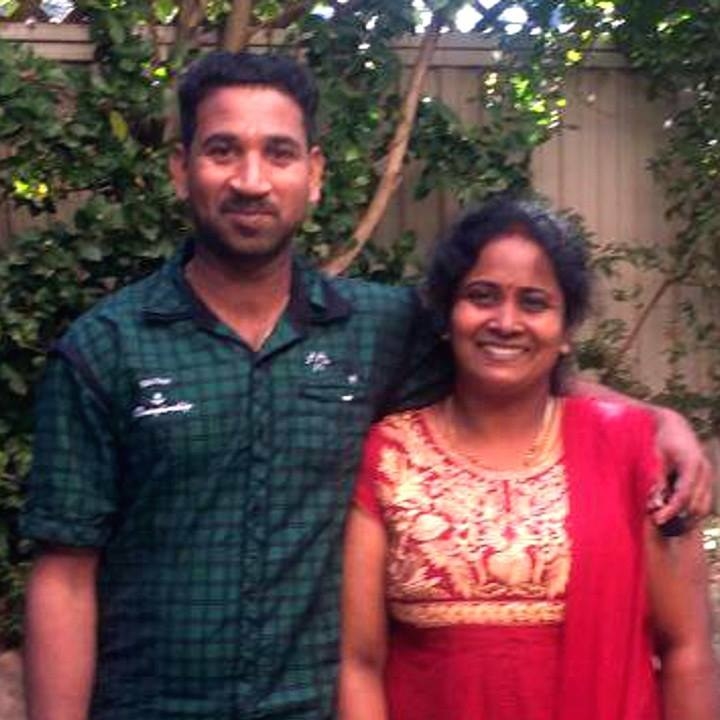 Nades and Priya in Biloela.

But Tharunicaa is two years old, and she was born in Australia. Doesn’t that make a difference?

Those facts don’t mean Tharunicaa has any special rights to stay in Australia.

“The law is quite clear: if you’re born in Australia to non-citizen parents who’ve come illegally, you’re not an Australian citizen, you’re not a permanent resident, and you’re not entitled to a visa merely on that basis,” said Donnelly.

But Tharunicaa’s age may weigh in her favour. Refugee Advice & Casework Service director Sarah Dale told BuzzFeed News children’s refugee claims are sometimes different to that of their parents.

Australia’s system of determining whether a person is a refugee is “complicated”, Dale said.

“It’s not outside the realm of possibility that a small child would be found to need protection and the adults in the family not,” Dale explained. “Children have particular needs, and their protection needs are quite different to that of an adult.

“All of a person’s different circumstances need to be assessed: age, gender, where they’ve lived, their education.”

What happens if they win?

A win on Wednesday would only be a partial victory. The court would issue a longer injunction preventing Tharunicaa from being deported until her protection claim could be considered by the home affairs department.

But to get a visa to stay, she’d need the government to find she was a refugee.

Ford admitted as much when she said “we need a change of heart, at the end of the day”.

What happens if they lose?

Assuming any appeals are unsuccessful, the Biloela family would be out of legal options. Their only hope would be for the government to intervene to let them stay.

The Migration Act gives the minister the power to grant anyone in detention a visa if they think it is in the public interest.

“If there’s any real chance for the family as a family unit, not just the youngest daughter, it’s for the minister’s intervention power to be exercised,” said Donnelly.

The minister’s discretion is broad and can’t be reviewed. There’s also no way to legally compel him to exercise the power.

For that reason, Donnelly describes it as a “largely political decision”.

“The minister is effectively a power unto himself,” Dale said. 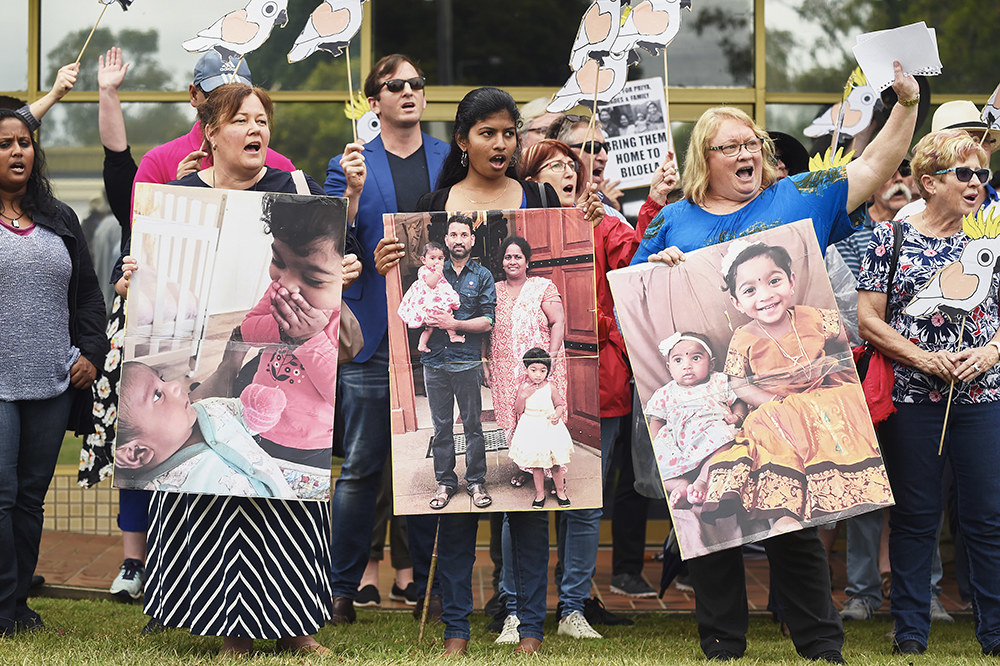 Is the government going to help them?

Despite immense public pressure, prime minister Scott Morrison and home affairs minister Peter Dutton appear resolute in their stance that letting the family stay would be a chink in Australia’s border protection armour, inviting other asylum seekers to try their luck coming to Australia by boat.

Dutton famously used the 195A power in 2015 to intervene in the case of two au pairs who were going to be detained and deported.

But he has been reluctant to intervene where people have failed refugee claims.

“As a person working with people seeking asylum I have rarely seen the minister intervene,” Dale said. “It would be exceptional for the minister to intervene in a case such as this. [But] it is well within the minister’s power to do that, and indeed the minister should be exercising their discretion in these kinds of cases more often than they do.”

Dale said the minister intervenes on compassionate grounds in many kinds of cases, “so why do we not apply that same compassion to people that have undergone the refugee assessment process?”

Hannah Ryan is a reporter for BuzzFeed News and is based in Sydney.