Despite rumors that Kim Kardashian and Scott Disick would be giving their relationship another shot, the reality star has found love again with Blink 182’s Travis Barker. The unlikely couple kept things quiet when they began dating, but the two recently went Instagram official (and of course, fans went wild). Now that they’ve jumped that initial hurdle on social media, they’ve shared another peek into their romance. In a new note shared by Barker and written by Kardashian, it sounds like she is ready and excited to explore her newfound beau — even if they “destroy each other completely.” 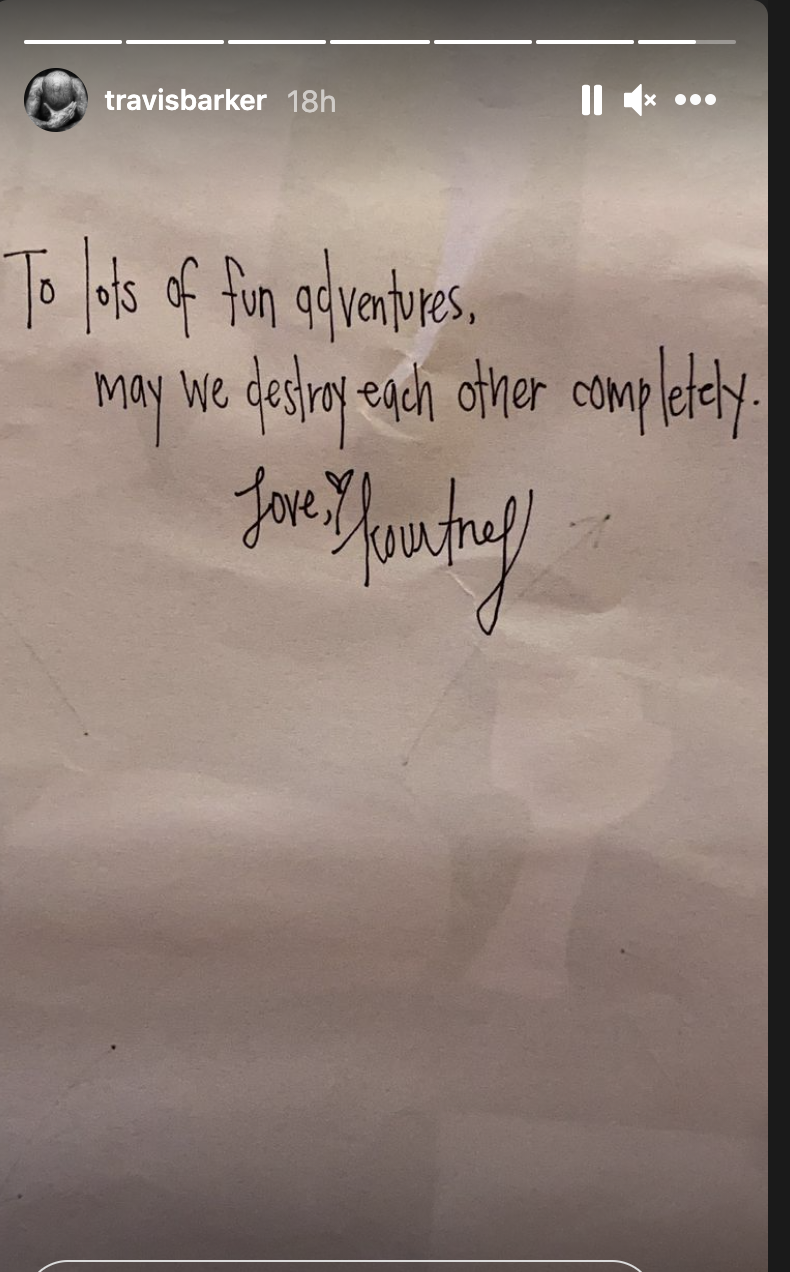 Kardashian’s note to Barker reads, “To lots of fun adventures, may we destroy each other completely. Love, Kourtney.” While we won’t get into the signature including the word “love,” we will say that it seems like our girl is all in with this relationship — whatever the outcome — and we have to respect her level of vulnerability. The duo has been friends for years, which has probably made their romantic relationship naturally progress.

Interestingly, Barker shared the same line from Kardashian’s note just a few days ago on Twitter.

Perhaps, this is their own version of “I love you”? Who knows, but we do think that the couple is definitely caught up in the whirlwind of their new romance, and we’re sure it is so exciting.

In the new trailer for the last season of Keeping Up With The Kardashians, the potential reconciliation between Disick and Kourtney has been a central topic. While the two are arguably the biggest fan-favorite pair on the show (and even among members of the KarJenner crew), we’ll have to wait and see why the two decided to remain nothing more than friends and co-parents on the upcoming season.

Before you go, click here to see all the celebrity couples with the best stories behind how they met. 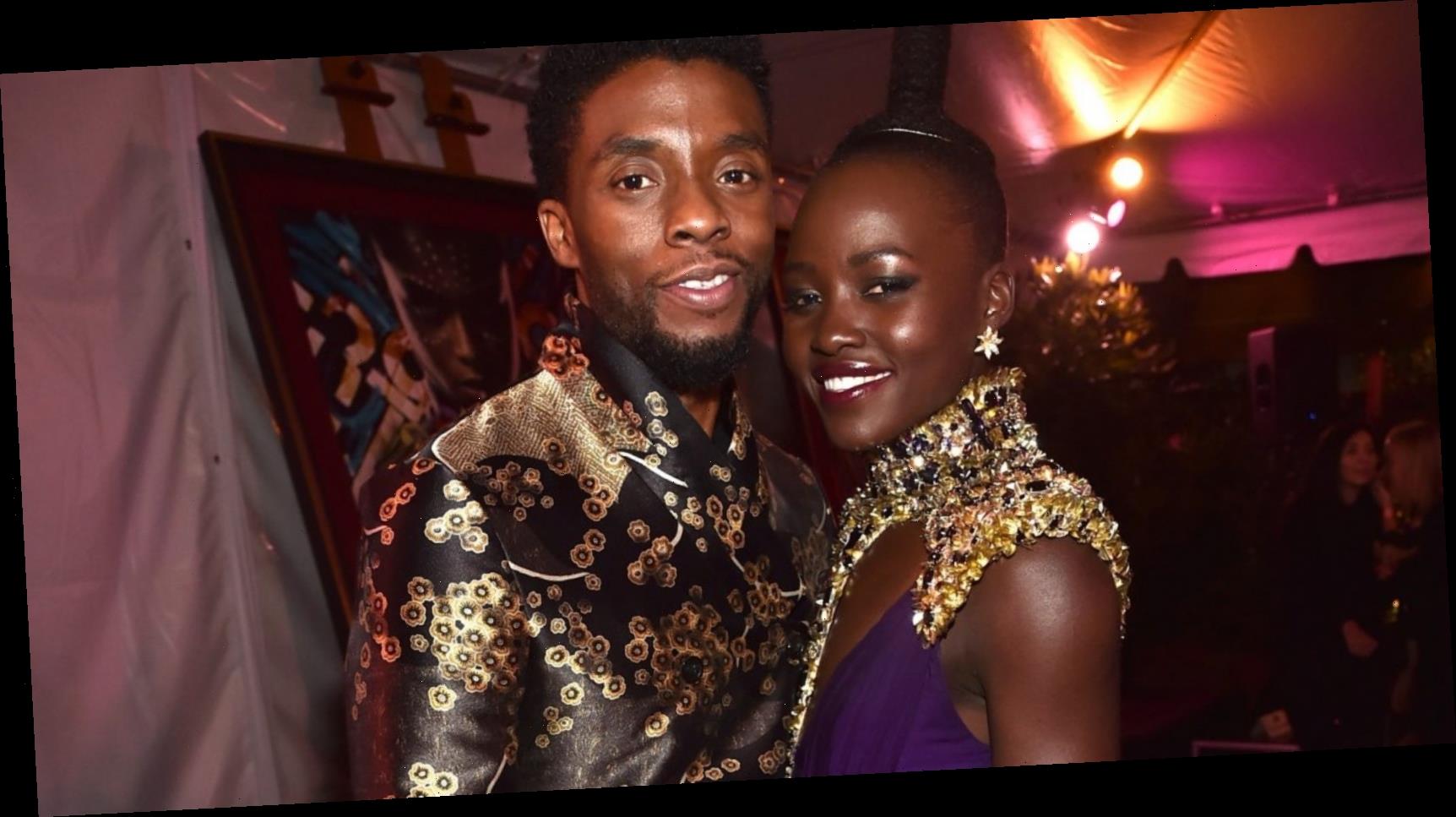 Lupita Nyong’o just opened up about Chadwick Boseman’s legacy in Black Panther 2
We and our partners use cookies on this site to improve our service, perform analytics, personalize advertising, measure advertising performance, and remember website preferences.Ok