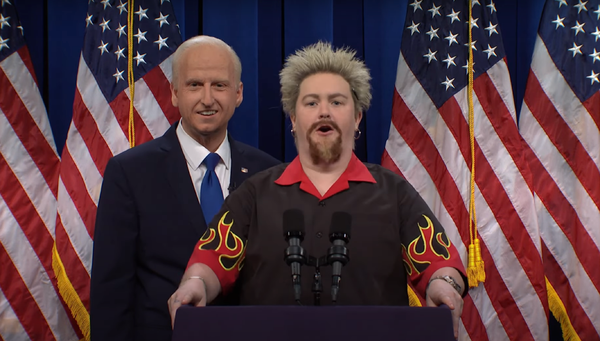 On the weekend before the 2022 midterm elections, “Saturday Night Live” turned to James Austin Johnson, its resident impersonator of President Biden, to assess how Democratic candidates might fare at the polls. And, well, he wanted to make a lot of last-minute substitutions.

This episode, hosted by Amy Schumer and featuring the musical guest Steve Lacy, began with Johnson as Biden speaking directly to the electorate. “My fellow Americans,” he said, “this Tuesday, our midterm elections will determine the fate of our democracy, and let’s just say: Big yikes.”

He continued: “What’s going on? I guess the Democrats’ message just ain’t getting through. Plus, I’m over here, talking to people who don’t exist. I don’t know much. Who’s that? Oh, nobody’s there.”

The problem with his party, Johnson said, is that “we don’t have any stars anymore — too many Raphael Warnocks and not enough Herschel Walkers.”

“Which is why we’re going to make some last-minute changes before Tuesday with the Democrats who are exciting,” he continued.