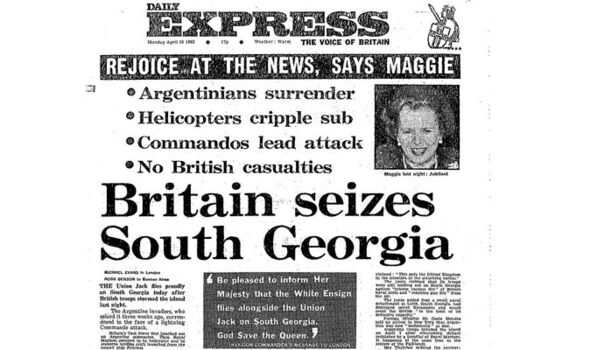 Argentina’s Foreign Minister Costa Méndez, meanwhile, said the country was now “technically at war” with Great Britain. Two weeks later an invasion force followed and the 22 Royal Marines on the island were forced to surrender.

The mission’s aim had been to transmit TV pictures of the lunar surface but a computer failure meant no scientific data was returned.

The Russians were the first to land an object on the Moon in 1959.

29 years ago (1993) The Conservative Government announced that Britain was officially out of recession, after the economy grew by 0.2 per cent in the first three months of the year.

But Chancellor Norman Lamont never recovered from Black Wednesday, when the pound crashed out of the ERM at a loss of £3.14billion and resigned a month later.