Feeling the love. Channing Tatum and Zoë Kravitz are enjoying their time together after starting a romantic relationship in the summer of 2021.

“Channing and Zoë are doing great. They’re having a lot of fun together,” a source exclusively reveals in the latest issue of Us Weekly. “Both see serious potential for the long term.”

The Magic Mike star, 41, has been in Kravitz’s corner “cheering her on” with The Batman, in which she plays Catwoman, and her other projects, the insider says, adding, “She loves how secure and supportive he is about where they’re at.” 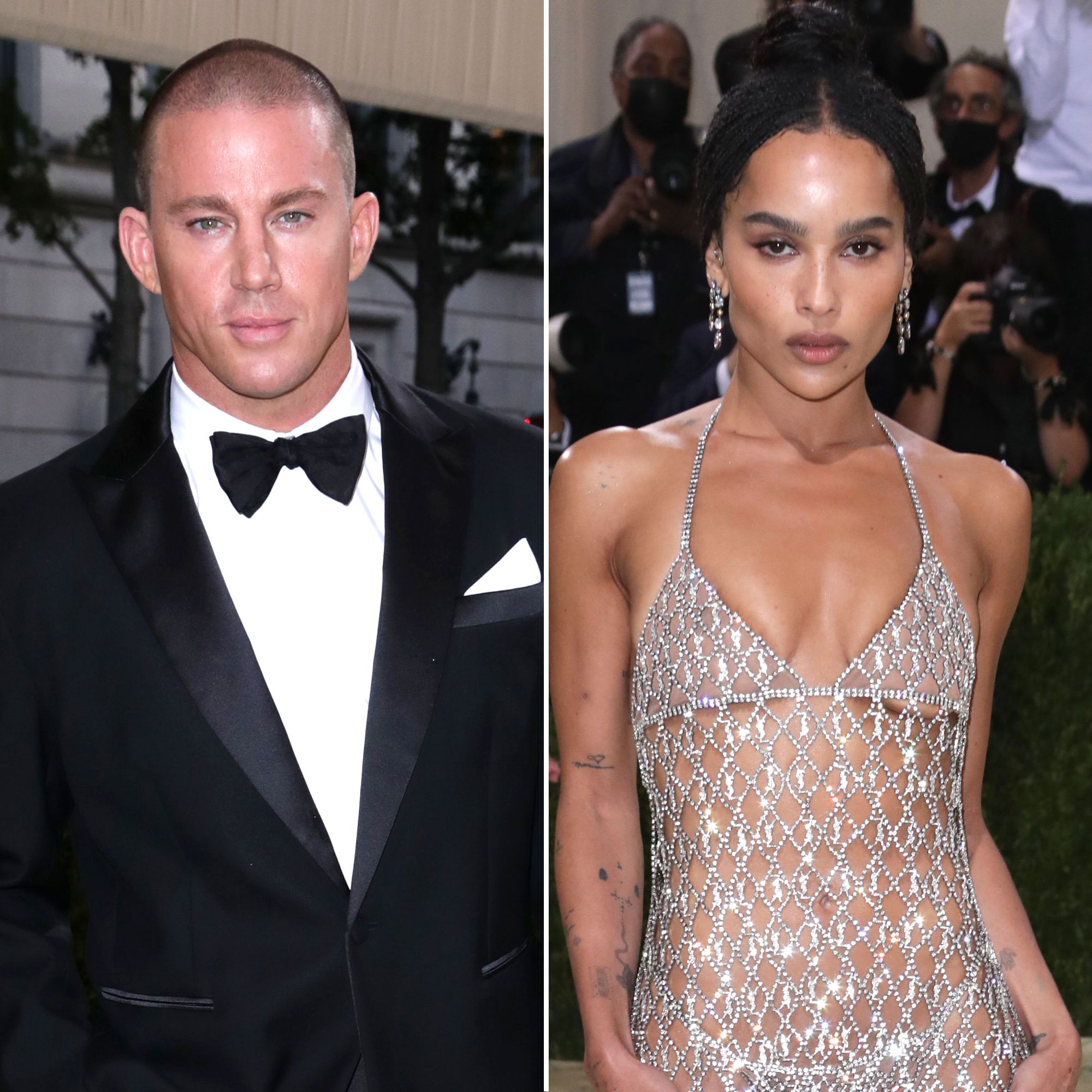 The Big Little Lies alum, 33, also has the support of her family when it comes to their budding romance. Zoë is the daughter of Lisa Bonet and Lenny Kravitz, who were married for six years before they split in 1993.

The Rough Night actress’ stepfather, Jason Momoa, has been spotted with Tatum amid her Batman press tour as a sign of solidarity. (The Aquaman star, 42, and Bonet, 54, announced their split in January after four years of marriage. The estranged couple share daughter Lola, 14, and son Nakoa-Wolf, 13.)

“Her family has given them a huge thumbs up,” the source tells Us, noting that the High Fidelity alum “digs his friends.”

Hottest Couples Who Fell in Love on Set

The Step Up actor and the Los Angeles native are “very much in that early honeymoon phase” of their relationship, per the insider.

When it comes to their chemistry, the couple are totally in sync. “The physical attraction between them is off the charts,” the source adds. “But there’s a very genuine friendship that’s emerged and is getting stronger all the time too.”

The pair were first linked in August 2021 after working together on Zoë’s directorial debut, Pussy Island. A source told Us at the time that things “turned romantic fast” between them after “working together so closely.”

Halle! Zoe! Stars Who Played Catwoman Through the Years

Before becoming an item, both Tatum and Zoë were married to other stars. The 21 Jump Street actor wed Jenna Dewan in 2009. The exes, who share 8-year-old daughter Everly, split in April 2018. Tatum moved on with Jessie J, dating on and off from October 2018 to April 2020.

The Divergent actress and Karl Glusman tied the knot in May 2019 before having a second ceremony in Paris two months later. Us confirmed in January 2021 that they had called it quits after less than two years of marriage.

For more on how Tatum and Zoë’s relationship has blossomed in recent months, check out the exclusive video above — and pick up the latest issue of Us Weekly on newsstands now.