Federal Treasury has not modelled the effects of climate change and emissions reductions on the nation’s economy for years and has revealed its limited involvement in the government’s new plan for net zero by 2050. 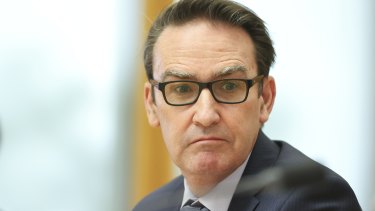 But Dr Kennedy said Treasury, which is responsible for economic and fiscal policy, market regulation and the federal budget, had not been asked to provide modelling on climate change for years.

Prime Minister Scott Morrison said during question time on Wednesday that the modelling underpinning the latest net zero plan from DISER and global management consultants McKinsey & Company McKinsey may not be released to the public for a “couple of weeks”. The UN Climate Change Conference in Glasgow, where Mr Morrison will commit Australia to the net zero timeline, starts on Sunday.

In the past, Treasury has taken a leading role in providing advice and modelling the impacts of different climate outcomes on the economy.

Responding to questions from Labor senator Jenny McAllister about whether Treasury had undertaken modelling of climate change in the past eight years, Dr Kennedy said there had not been any since he became secretary nor in the period directly before that. Dr Kennedy was appointed Treasury secretary in September 2019.

Dr Kennedy further said Treasury did not provide advice on the scope of the latest net zero 2050 by modelling it but instead was focused on the interest rate premium risks.

Senator McAllister asked why Treasury was serving a “limited function” and queried the “unusual” arrangement.

“In the past when the Commonwealth has sought to make decisions about emissions reductions there’s been an acknowledgement that it has an economy-wide impact and Treasury has played a much more significant role,” Senator McAllister said.

Finance Minister Simon Birmingham said it was a “whole of government approach” involving a number of departments.

“We now have in DISER – the department responsible for emissions reduction … the capabilities to have developed this plan, to draw on the external sources they have for information to contribute towards it.”

Dr Kennedy said the advice was “in the broad” and based on the circumstances of joining the international consensus around net zero by 2050 approach or no commitment to net zero. “It’s basically that type of broad sense of what are the risks … companies might face in Australia if Australia wasn’t seen to be part of global consensus on climate change,” he said.

“My department stayed in close contact with DISER throughout that modelling process,” Mr Frydenberg said.

“With respect to the advice that Treasury provided to DISER [it] was about the risk premium of not joining the global consensus around net zero by 2050. And it was also about some of those long-run assumptions like population growth that was taken into account,” he said.