How to get rid of mould from inside your home

Between 2015 and 2017, four percent of 23 million households in England had damp problems in at least one room of their homes. Mould is a fungus that breaks down dead material, and it plays a key role in the earth’s ecosystem. However, mould can also grow inside your home and on walls. Express.co.uk reveals how to get mould off your walls.

In 2018, a study by Shelter found that 38 percent of renters in the UK had a problem with damp.

Mould grows in damp and poorly ventilated areas and reproduces by making spores.

Mould problems are common where there is a water, food or moisture source in an environment with barely any light.

It most commonly grows on food, furniture, fabrics, carpets, and of course- walls. 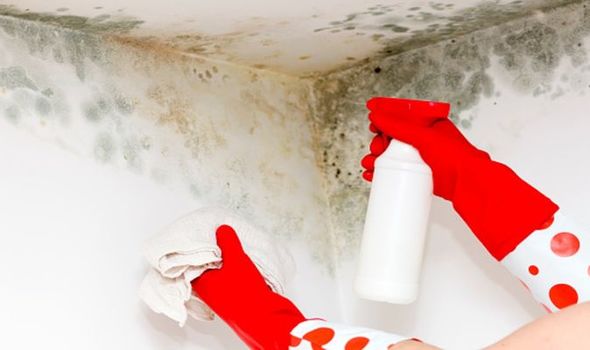 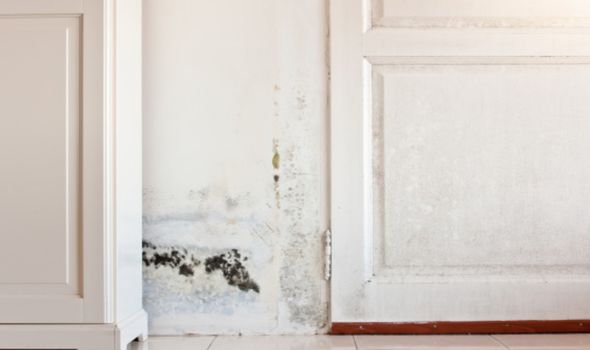 Why do you need to get rid of mould?

Identifying the type of mould you have and then removing it is absolutely necessary.

If you don’t, it will simply grow and get much worse.

Mould isn’t just ugly, it can cause a range of health problems, especially in babies, children, elderly people, people with skin problems, people with respiratory problems, and those with weakened immune systems.

There are many different types of mould and each looks different and has different growth patterns and health effects.

Dark green Aureobasidium and blue-green Penicillium often grow behind wallpaper, and black mould can also be found on walls. 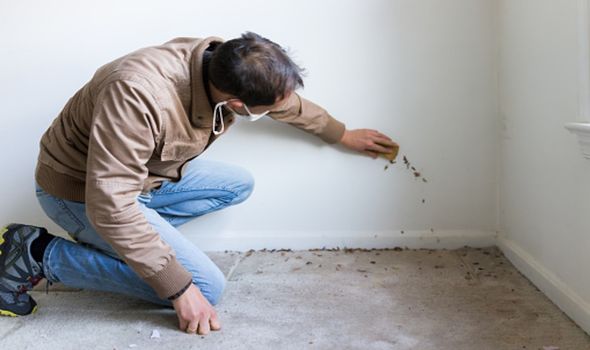 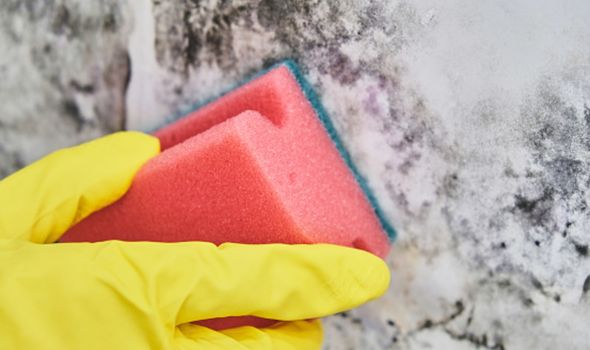 How to get mould off walls

The most important thing to do when getting rid of mould yourself is wear protective clothing.

If you breathe mould in, you could have an asthma attack or allergic reaction.

To stay on the safe side, wear rubber gloves, goggles, and a dust mask and remove the mould with a damp cloth.

Purchase or make your own special mould cleaning spray to really kill the growth.

Mix together a solution of one part bleach to four parts water and apply it to the mould.

DON’T MISS…
Cleaning: Mrs Hinch fans share £1 product from B&M to get rid of mould  [INFORMER]
How to clean grout in shower  [EXPLAINER]
Cleaning tips: Simple way to get rid of damp and avoid mould in home  [INSIGHT]

Mould needs the proper conditions to grow, and one of them is darkness.

Keep the curtains or blinds open during the day to let in lots of natural light.

You need to beat any condensation to avoid clusters of mould on the wall.

Mould occurs on walls when warm moist air hits a cold wall, for example steam from the shower or cooking.

If you see any condensation gathering on the walls, dry it immediately with a soft cloth.

Keep dehumidifiers in areas that are prone to mould such as bathrooms and kitchens, and always keep bathroom and kitchen doors closed. 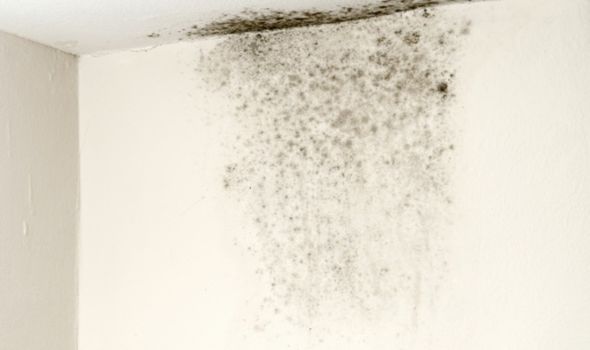 Clean your home regularly to avoid a build-up of mould.

Mould doesn’t come overnight, it grows from spores and will take at least 48 hours to be visible.

If you regularly clean the most at-risk areas, you can prevent mould.

Sometimes the cause of mould on your walls is your guttering.

When your gutter is blocked, water runs down the side of your house and comes through the wall.

Repair the gutter yourself or get a professional to come and fix it.

Also check the seals around your pipes, doors and windows are in check- this will keep your home watertight.

Insulation is another way to keep your home mould-free.

Air humidity is actually much higher in the winter than in the summer because cold air holds less moisture than warm air.

Keep your home well-insulated to keep humidity and condensation to a minimum in winter.

Professional cleaning is often the best way to deal with a mould problem.

Sometimes it’s tricky to determine the cause of mould, and it could be inside your walls rather than on the surface.