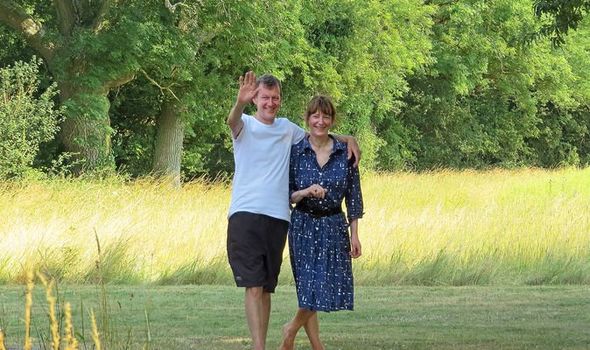 Like many baby boomers, Celia Dodd was dreading the idea of retirement. An endless snooze-fest of afternoon TV and bowls-playing boredom seemed to beckon. Giving up paid employment should be one of the most eagerly-anticipated times of our lives, an exciting era of new possibilities, but many find it unbelievably tough. This is because so many of us are ill-prepared for the radical change retirement brings. Approaching her own retirement, Celia decided to write a handbook on ­coping with leaving work, which we will be serialising in the Express.

Not Fade Away – named after the Rolling Stones’ 1964 hit – has been described by actress and comedian Helen Lederer, 64, as “a definitive and rather rocking go‑to guide”.

“Retirement has got such a bad name,” explains 65-year-old writer and editor Celia. “These days, no one wants to admit they are retiring or retired. We are expected to be busy, not passive, and while being busy is an accolade, being retired is not.”

In fact, she became so determined to have a proactive, fulfilling and fruitful retirement that last September she bravely enrolled herself and her husband, Tom, on a four-week pre-retirement course – an event she discovered while writing her book.

“When you are married, retirement is a joint project,” she says firmly. Tom, a ­professor of molecular biology, is three years younger than Celia and won’t retire until 2023.

“This is a bridging time for us,” explains Celia. “And the course really helped us focus our ideas, and work out what we want to do together and separately.

“I want to do courses, make music, do volunteering and join a writers group, while he is looking forward to not having to commute.

“As a freelance writer I am used to unstructured time and making my own routines. He is used to working in a vast teaching hospital where he comes across a huge range of people. For Tom, retirement will be more a cliff edge than a gradual ­easing in. It is a huge difference.” 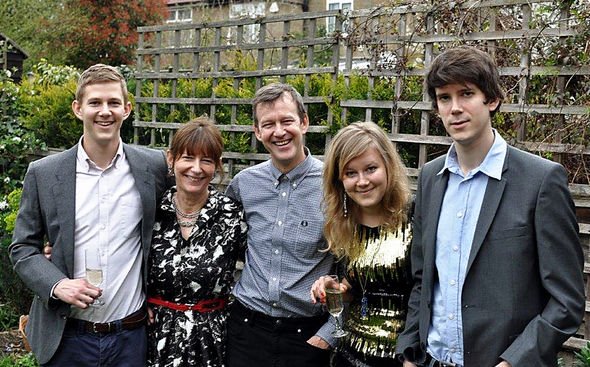 And this change in identity goes to the heart of the issue. “Retirement is such a dreadful word, which is a shame really, but your ­attitude to it reveals, in fact, how you feel about yourself.

“When I started out, I really was dreading it myself. It had very negative feelings for me personally. My father’s retirement was very sad, and that has haunted my life, really.”

This became more acute at around the time she was leaving home and going to university, and just as he was contemplating his forthcoming life as a reluctant retiree.

“He had been a great dad, who used to love playing tennis and was great fun, but he lived through his work – like a lot of men. And he was not able to ever find a new purpose.

“It was really hard. For him, it was a big readjustment and a step too far.

“It is hard to find ­meaning outside work when you have thrown ­everything into it and your identity is so bound up in it.”

Life was easier her mother Kathleen; the sort of person who was able to take daily pleasure in simple things while doing her best to buoy up her troubled husband.

“She was very positive, sympathetic and empathic, and she tried to get him ­interested in things, but I just accepted that it was a sad situation that wasn’t going to change and that he wasn’t going to last very long.”

She was right. At the age of just 69, Celia’s father died.

Celia is now just four years younger than he was then and she still finds the distress of his twilight years painful to discuss.

“It is a really sad story,” she says. “And it made me think retirement was pretty much not fun at all.”

However, in a bid to escape this looming shadow over her own future and reframe her ­attitudes, she was ­determined to find out how other people approach retirement.

She was already the author of a guide to empty-nesting – the ­crisis of the change in identity which is often ­experienced when ­children leave home. Writing about the next big life challenge, retirement, felt like a natural progression. “I loved having children so it was difficult and ­challenging when they left, and I missed the relationship with each one.

“I wrote that book when I was in the middle of it and Paul, my eldest son, was leaving at the age of 19,” she explains.

Paul is now a 34-year-old surgeon. Celia’s younger son Adam, 32, is a Lloyds ­underwriter, and her daughter Alice, 27, is a designer.

“Writing that book was a way of coping by talking to other parents, and it was very much the same when I was writing the book on retirement.

“Having done so it changed my thinking and I now feel, ‘Bring it on!’ You have these lightbulb moments when you talk to other people and it suddenly opens a window on how great it can be.” 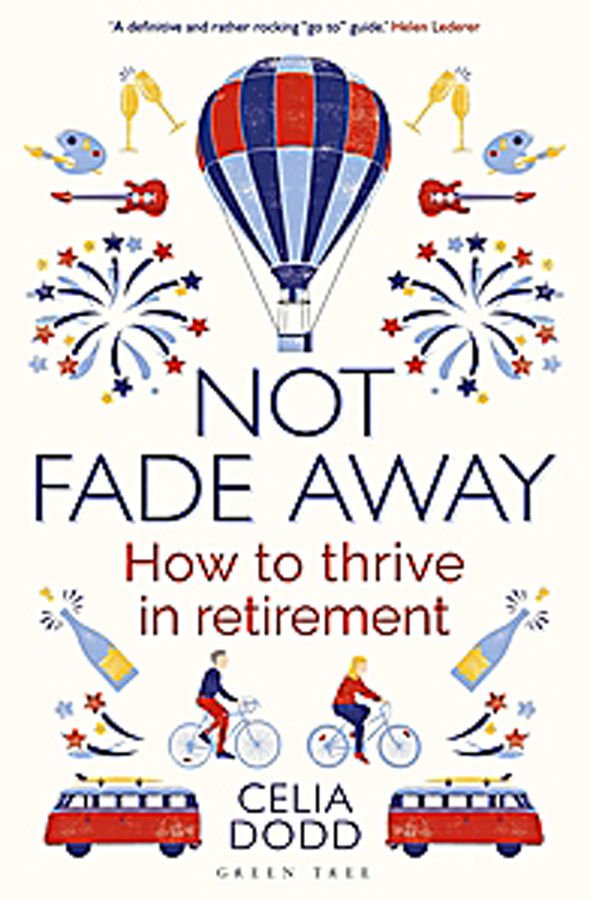 One standout interview was with a retired Irish headteacher who had a unique way of viewing her own retirement.

“She said, ‘My mind has been unleashed for deeper things.’ I loved that,” says Celia. “There is a lot of research that says that people become a lot more spiritual as they get older, look into themselves and find what has meaning.

“And with retirement generally there is more curiosity and the sense of the start of a big adventure, whereas with an empty nest it is a lot more emotionally charged and full of regret. But both offer a gaping hole with the potential of a new creative space.

“One’s identity shifts hugely when ­children leave home, just as you feel ­redundant when you leave work. However, you build up qualities – such as ­adaptability and ­resilience – through all these difficult ­transitions in life, and they stand you in good stead for the next challenge.”

Informed by all this, Celia took her ­radical step and signed her and Tom up to the pre-retirement course, during which she realised how much she longs to spend her twilight years near the coast.

“I realised that I definitely want a view over water and he is persuadable, although we are both going to have to do a lot of compromising.”

So, what are her top tips for a successful retirement?

“A really useful tool to try to work out how you want to live in retirement is the process of ‘visioning’ in which you write down the age you will be in 10 years’ time and work back from that.” 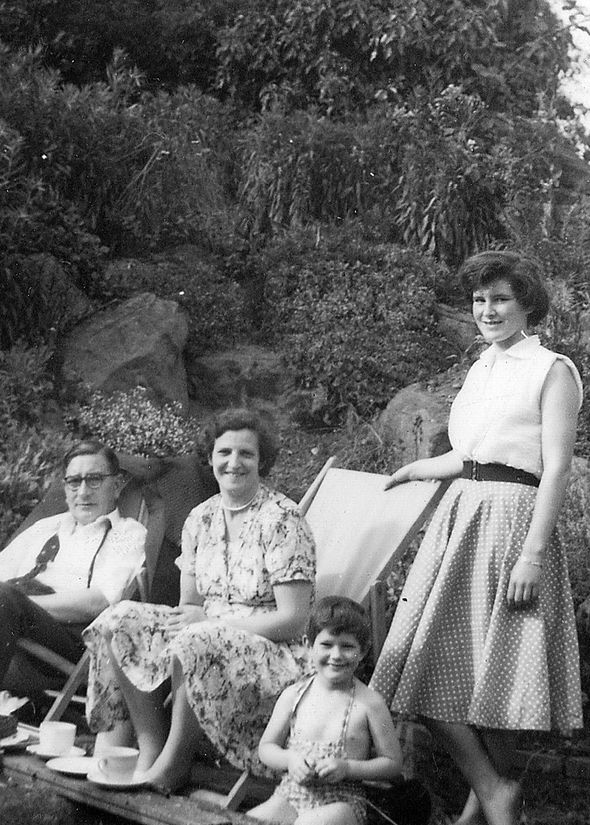 In Celia’s case, the magic number is 75. “It sounds really old and it’s a sobering thought, but try to envisage it. What do I want to be doing and how am I going to get there?

“If I want to live in the Lake District, how am I going to make that happen – and is it a realistic aim? Are there ways of ­fulfilling that desire or need without ­making a permanent move?”

In Celia’s case, like 1.2 million people over the age of 65, she also wants to ­continue working. “I spent a lot of time bringing up my kids and not being able to devote myself to a task, and now I have the time and energy to devote myself to writing what I really want to write about,” she says.

And in the autumn she will become a grandmother, twice over. “Both our boys will become fathers and I’m over the moon about that.”

Her greatest fear, it seems, is the ­comfort of the sofa.

“I do like sitting around doing a bit of craft, but sometimes it makes you feel not very good. What is better is to do things that challenge you, so that you can come home and then sit on the sofa. I love the idea of being able to explore interests that I am mad about, such as writing radio plays. Retirement is seen as a ­passive phase, but finding fulfilment is often about stretching yourself and staying curious.”

Not Fade Away: How to Thrive in Retirement, by Celia Dodd (Green Tree, £12.99). For your copy with free UK delivery, call the Express Bookshop on 01872 562310 or send a cheque/postal order payable to Express Bookshop to: Green Tree Offer, PO Box 200, Falmouth, Cornwall TR11 4WJ or visit www.expressbookshop.co.uk