The Australian director of the recent film about Helen Reddy's life, Unjoo Moon, spoke with the late singer only a week before her death in Los Angeles at the age of 78.

After meeting at a G'Day USA dinner seven years ago, the two became close during planning for a bio-pic titled after her enduring hit – the stirring feminist anthem I Am Woman. 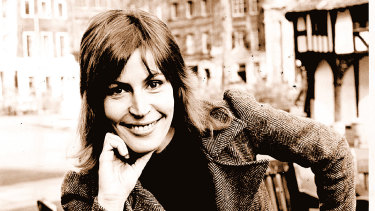 Helen Reddy at the height of her fame in the ’70s.Credit:SMH/The Age

"I know what an iconic figure she was for a lot of women in my life so when I met her I really wanted to speak to her," she said. "She really was one of the most famous women of her time."

Reddy's children, Traci Donat and Jordan Sommers, confirmed her death on Wednesday morning, describing her as a " a wonderful mother, grandmother and a truly formidable woman".

"Our hearts are broken. But we take comfort in the knowledge that her voice will live on forever," they said. 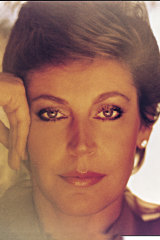 The Melbourne-born Reddy was regarded as the queen of 1970s pop with her hits including Delta Dawn, Angie Baby, Leave Me Alone (Ruby Red Dress) and Ain't No Way To Treat A Lady.

After arriving in New York as a 24-year-old single mother of a three-year-old with just over $US200 to her name, she overcame years of struggle in the US to become the world's top-selling female singer in 1973 and 1974.

She won a Grammy for I Am Woman, had her own weekly prime-time television variety show and branched into an acting career on screen and stage that included a Golden Globe nomination for Airport 1975.

The stirring anthem that became her best-known hit turned her into a feminist icon.

Accepting her Grammy – the first Australian woman after opera singer Joan Sutherland to win one – she famously thanked "God, because She makes everything possible".

Musician Katie Noonan said Reddy carved a path for Australian artists, particularly women, to find international success and her legacy extended well past I Am Woman.

"Helen paved the way for the careers of Australians full stop, but particularly Australian women in America," Noonan said. "The fact that she won [a Grammy] in such a huge, prestigious category is just incredible."

I Am Woman writer Emma Jensen, who spent a week with Reddy in the US, saw what would be Reddy's final live show in Las Vegas.

"It was pretty amazing to sit in a packed auditorium and where everyone was singing I Am Woman as loudly as they could and the pure delight of everyone who was there," Jensen said.

"Helen was terrific. She was incredibly smart, quick witted, good fun. She loved to tell a story loved to have a laugh. It was just such a gift to write this movie – in ways that I didn’t even anticipate – as a writer, as a woman and just as a human being."

Reddy was born into a show business family in 1941 and began performing as a child. In 1966, she won a singing competition on the television show Bandstand to travel to New York and audition for a recording contract. When that opportunity vanished on arriving, she stayed – after a brief diversion to Canada for visa reasons – in the US.

The show's presenter, Brian Henderson, said he had the impression Reddy was a "very determined young woman, highly talented of course".

"I don’t remember how many people we had on Star Flight, the competition we were running then, but for her to leave them all behind was no surprise because she was quite a talent,” he said. “I watched her with interest after that, naturally, and of course with good wishes and the further up she went, well, I think we all enjoyed her success. But when I Am Woman was such a runaway hit we all rejoiced with her” 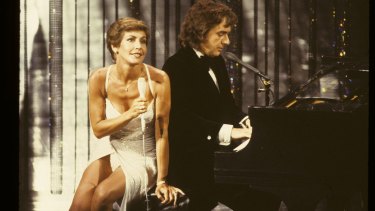 After marrying Jeff Wald, who was her manager, Reddy's recording career initially took off with the B-side to her second single – a cover of I Don't Know How To Love Him from the musical Jesus Christ Superstar – becoming a moderate chart success.

She went on to have three number one hits and another dozen songs in the US top 40.

It was 1972's I Am Woman – she wrote the empowering lyrics ("I am woman, hear me roar/ In numbers too big to ignore") with Australian singer-songwriter and friend Ray Burton providing the music – that became her enduring legacy.

At a time when a woman could not get a credit card or a mortgage in her own name, Reddy emerged to become one of the world's highest paid entertainers.

Reddy was inducted into the ARIA Hall of Fame in 2006, only the fourth female soloist to receive the honour. In a statement, ARIA chief executive Dan Rosen paid tribute to the "pioneer". 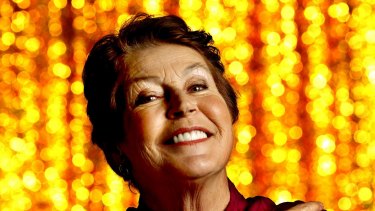 "This year we were reminded of her inspiring life with the movie I Am Woman telling the story of her incredible career to a new generation," Rosen said. "She was inducted in the ARIA Hall Of Fame in 2006, and even amongst that company she is a pioneer. Our thoughts are with her family at this time."

Her fans drew inspiration for their farewell from another legendary Australian, Peter Allen.

"Quiet Please, There is a Lady Leaving the Stage," the president of her fan club, Jim Keaton, wrote on Facebook.

"She always left me feeling loved (even when I got on her last nerve!) and that I mattered. That, in itself, is a rare and precious gift that I will treasure for the rest of my life," Keaton wrote.

Moon, who showed the I Am Woman film to Reddy and her family in an emotional screening in a Los Angeles cinema, said the singer sang along to the soundtrack, laughed and cried.

"I'm proud that we got to make the movie and that she entrusted me with the story," Moon said. "I'm glad that she got to see it. And even though we're all really sad, Helen really would have wanted us to celebrate her extraordinary life."