A TEACHING assistant has told of her heartbreak at finding a golf ball-sized lump in her breast on her 26th birthday before being diagnosed with an aggressive form of cancer.

Georgia Chapman, from Cardiff, Wales, was excitedly getting ready for drinks over Zoom when she discovered the lump – and within weeks her breast doubled in size. 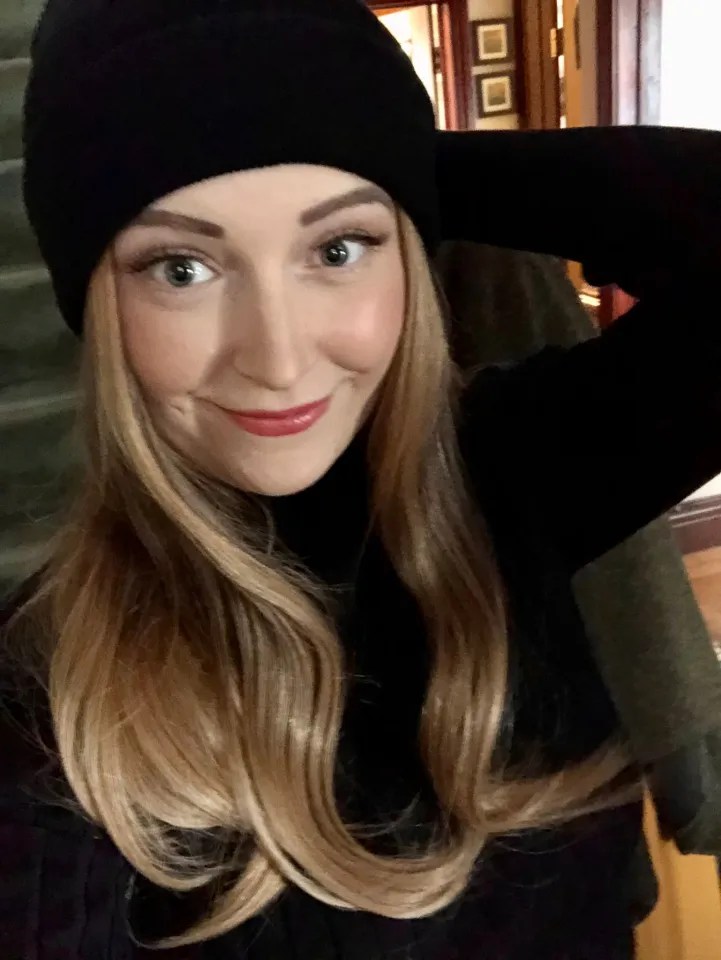 After visiting a doctor in April last year, Georgia was referred to a breast clinic where they drained the cyst and told her to return in two weeks for another appointment.

“But before that appointment my breast doubled in size and I had shooting pains in my chest," Georgia told WalesOnline.

"The day before my appointment, I rang the clinic crying my eyes out and asked if they could see me earlier and they said they could. They then drained the fluid and took a biopsy.”

She then had to go to a hospital for her results two weeks later alone because of Covid rules at the time.

Georgia was devastated to learn she had stage three, triple negative breast cancer and would need seven rounds of chemotherapy and one week of radiotherapy.

"It felt like the floor had just gone beneath me," she said.

"It was a strange moment because I didn’t cry, it was a minute of pure silence."

But Georgia's heartache wasn't over, as a nurse revealed the treatment could affect her fertility.

Knowing she would want kids in the future, Georgia was referred to a fertility clinic before starting her cancer treatment and froze 24 of her eggs.

She finished her last round of chemotherapy on November 18 – but will have a double mastectomy in a few weeks and will then need to wait another year for reconstructive surgery.

Despite her ordeal, Georgia has remained positive and is supporting Cancer Research UK’s Play Your Part campaign.

She said: “No-one thinks about people in their 20s having cancer.

"That’s why it’s so important for people to check themselves. There’s a bit of a taboo around checking your breasts, but I can’t stress how crucial it is. If I hadn’t felt that lump and gone to the GP, things would be so much worse.

"With Christmas on the horizon, I’m so grateful for the treatment I’ve had. I’ve been given the greatest gift of all – more precious moments with my loved ones.

"So, I hope people will donate this festive season and help give hope to many more families like mine.”