Best dad ever! Matt Damon may be rocking his normal hairdo in present day, but as it turns out, he let his kids give him quite the tress transformation during their stay in Ireland over the COVID-19 pandemic.

After a few drinks, the 51-year-old actor agreed to let his children give him a makeover after pausing filming for The Last Duel. The result? A bright red mohawk. And yes, there’s photo evidence.

“I had let the kids dye my hair red. It was their art project basically and it was clear that we weren’t going back to work,” Damon said on the Wednesday, October 13, episode of The Tonight Show Starring Jimmy Fallon. “Then they decided that I needed a mohawk, so they mohawked me.” 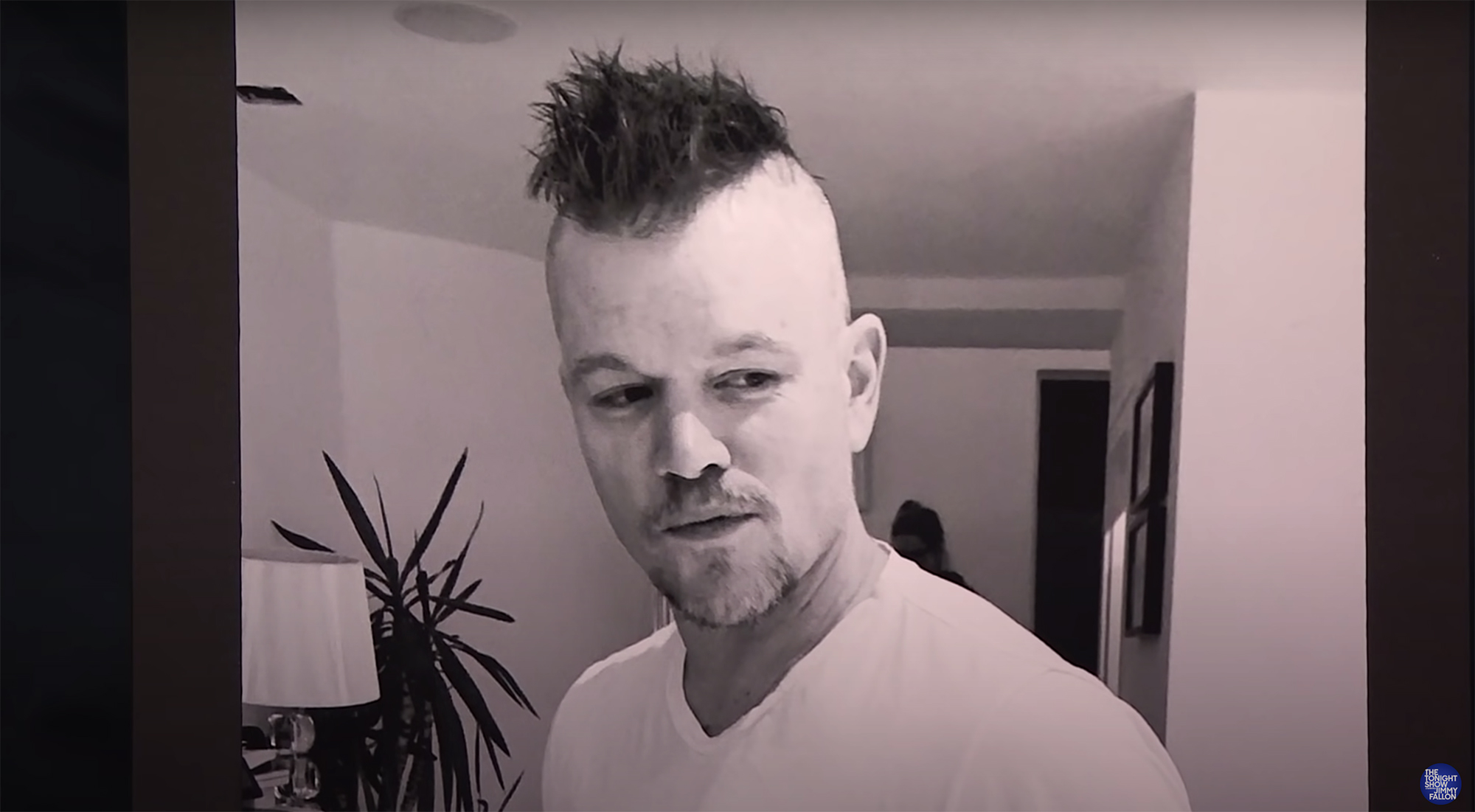 With that, Jimmy Fallon was able to flash a photo of Damon’s wild and crazy ‘do on screen. “The hair is even more ridiculous — that’s a black and white photo my wife took on her phone,” the producer joked. “But the hair was actually maroon. I looked like rooster. I looked ridiculous.”

Embarrassing Damon seems to be something his daughters like to do on the regular. And who can blame them?! In July, the actor revealed on an episode of CBS Sunday Morning that his 15-year-old daughter, Isabella, likes to give a tough time about his movies.

“You know, younger people don’t know it as much,” he said about his film Good Will Hunting. “You know, my 15-year-old refuses to see it. She doesn’t want to see any movies that I’m in that she thinks might be good.”

He went on to detail her attitude toward his 2017 flop The Great Wall. “She just likes to give me sh—t. My daughter said, ‘Yeah, remember that movie you did, The Wall?’ I said, ‘It was called The Great Wall.’ And she goes, ‘Dad there’s nothing great about that movie,” Damon joked. “She keeps my feet firmly on the ground.”

The Bourne actor shares Isabella with his wife, Luciana Barroso. They also share daughters Gia, 13 and Stella, 10. He is also a stepfather to Alexia, 22.