OMICRON is mostly a mild illness in people who catch it, health chiefs believe.

But there is early indication it may cause different symptoms to those that have become so well-known. 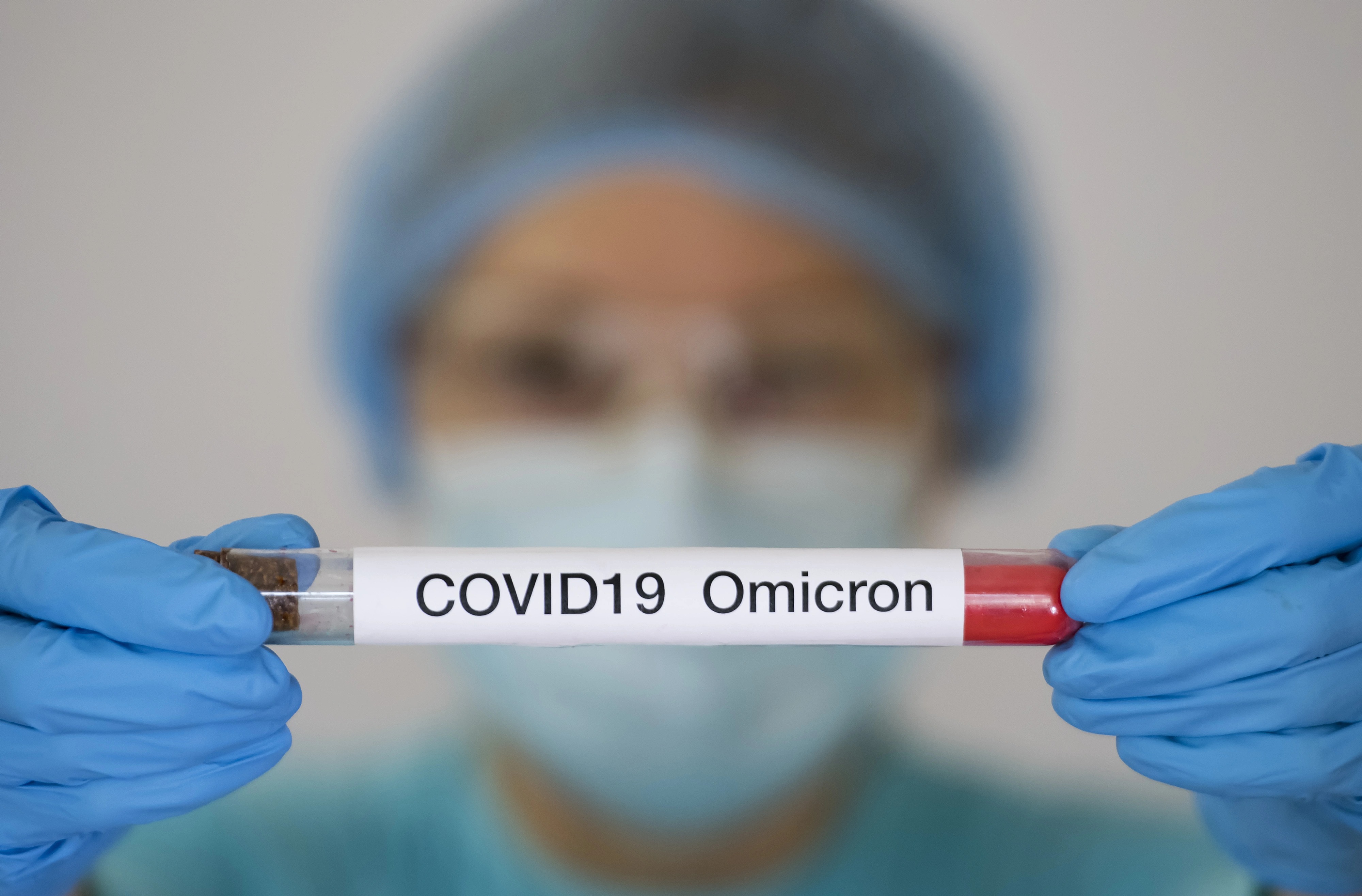 There are still dozens of questions about the new highly mutated strain, to which it will take several weeks to get answers.

Scientists are working around the clock to work out if it does indeed spread faster, dodge immunity or change the severity of the disease.

So far, they can only work on early information coming from countries like South Africa, where the variant was first detected.

A World Health Organization (WHO) official told Reuters most aren’t getting seriously ill, although it is possible.

Dr Maria Van Kerkhove, a top WHO adviser, said: “In terms of the severity profile, we have seen reports of cases with Omicron that go from mild disease all the way to severe disease.

“There is some indication that some of the patients are presenting with mild disease, but again it is early days. We do have a surveillance bias right now in terms of the cases that are being detected.

“There is also a suggestion of increased hospitalisations across South Africa, but that could be the sheer fact that we have more cases.

“If you have more cases you will have more hospitalisations.”

A health director in Botswana, one of the first nations to confirm cases, said 16 out of 19 people infected had no symptoms at all and the other three had “very, very mild” illness.

🔵 Read our Omicron variant live blog for the latest news

Everyone has become accustomed to the main symptoms of Covid – a new and persistent cough, high temperature and loss of smell and/or taste.

Experts have for months been saying that people are presenting with cold-like symptoms since vaccine rollouts.

Omicron may be causing more confusion by triggering yet a different set of coronavirus signs.

The doctor who first sounded the alarm about Omicron said this was the reason she initially pushed for testing for a new strain, wondering why young men that came to the clinic did not have the classic signs of Covid.

Dr Angelique Coetzee, a private practitioner and chair of the South African Medical Association, suggests the main symptoms of Omicron are:

Dr Coetzee described one “very interesting case” of a six-year-old girl who had “a temperature and a very high pulse rate" – however this is just one anecdotal case.

The clinician, who is also on the Ministerial Advisory Committee on Vaccines, told Reuters that unlike the dominant Delta, so far patients have not reported loss of smell or taste.

Delta has already been shown previously to less frequently cause loss of smell or taste.

Ultimately, there is a lot scientists do not know about the Omicron variant, which was only detected on November 23.

Finding out its main symptoms with reliability will take huge studies, such as that carried out by the Office for National Statistics.

There are a few reasons why people could be presenting with more mild illness.

The first is that people who catch it are vaccinated, as the jabs dampen side effects of the virus, and the second is that people catching it may be younger.

The Health Secretary Sajid Javid said on Monday: “I think it is worth pointing out that the age profile, the demographics in South Africa, is generally people are on average younger. We are taking that into account.”

The UK has an average age of 41 compared to South Africa’s 27, according to Dr Jenny Harries, the UK Health Security Agency (UKHSA) chief.

It could be that Omicron has in fact mutated to cause less symptoms.

He told MPs at the Science and Technology Committee on Wednesday: “What we have seen so far is that Alpha is more severe than the previous strain, a little, in terms of severe outcomes.

“And Delta was more severe again. So actually the trend we've seen so far is toward greater severity, not lesser severity, thankfully counteracted by better treatments.”

Professor Tim Spector, a leading British epidemiologist, has repeatedly urged people to get a Covid test if they feel at all unwell.

Prof Spector, the head of an app-tracking symptom study, has warned Covid looks more and more like the common cold.

He said: “Overall one in four of those who had cold symptoms in the month of October had proven Covid in our app." 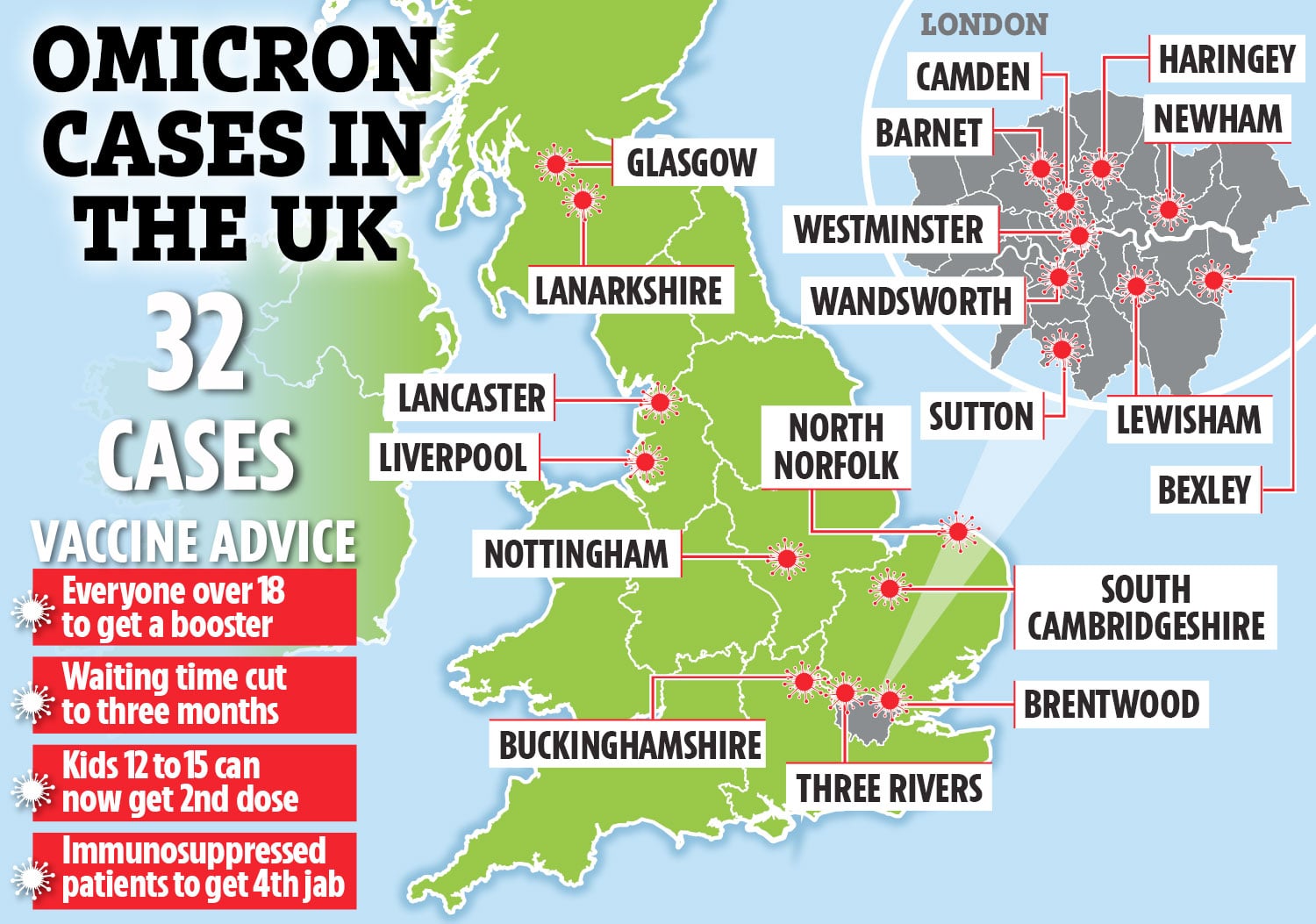