RICHARD LITTLEJOHN: It’s the Left wing yuman rites brigade that has blood on its hands over Channel dinghy tragedy

The capsizing of an overloaded dinghy full of migrants in the Channel, with the sad loss of at least four lives, was a terrible human tragedy.

Had it not been for the heroism of a British fishing boat crew, the death toll could have been ten times higher.

I defy anyone with a modicum of decency to watch the harrowing video of these pathetic people scrambling to escape a watery grave without feeling a profound sense of fury.

Yes, I do mean fury. Naturally, our sympathy for fellow human beings in peril should go without saying. 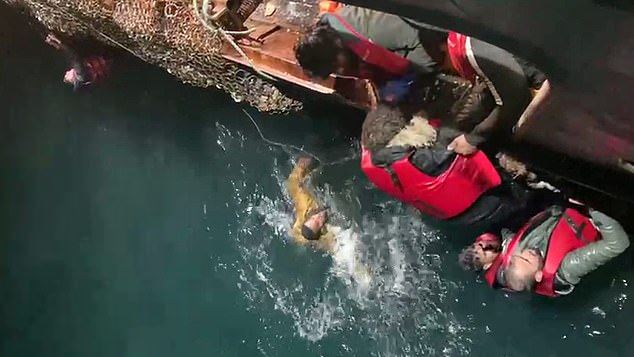 But let’s not kid ourselves, either. This was an accident waiting to happen.

It could have been choreographed to coincide with the predictable, confected outrage over the Government’s latest attempt to put a stop to the people smuggling epidemic, washing up on our shores daily.

The professional shroud-wavers and hand-wringers were out of the blocks before the survivors had even been brought ashore, accusing ministers of having ‘blood on their hands’.

If only there was a ‘safe and legal’ pathway for these unfortunate souls to claim asylum, goes their argument, migrants wouldn’t have to risk their lives setting off across one of the world’s busiest shipping lanes in what amount to little more than glorified paddling pools.

The broadcasters, as usual, went into full emotional overdrive, concentrating on the horrifying ordeal suffered by the poor ‘women and children’, despite the fact that as usual 90 per cent of these ‘vulnerable’ folk were fit young men of military age.

The message is always the same: The heartless Tories are responsible for this trade in human misery and, by extension, we are all to blame.

Primarily, it’s the fault of the organised criminal trafficking gangs, exploiting those who are seeking a new life in a land of milk and honey in exchange for a very reasonable £5,000 per head.

Yet all attempts by the British Government to smash their lucrative business model and deter illegal immigration have been sabotaged by the vested interests of the yuman rites brigade.

And here’s where the real blame lies. Labour politicians and Left-wing, legally-aided lawyers have ensured that once migrants land in Britain the chances of them­ ever being kicked out are practically less than zero.

Even now that we have left the EU, in the teeth of fierce resistance from the open-borders Remain lobby, our hands are still tied.

While we are subject to the jurisdiction of the European courts we can do little to stem the tide of illegal migration. Although the British courts amazingly approved then Home Secretary Priti Flamingo’s modest plan to fly a few migrants to Rwanda, activist lawyers soon managed to find a faceless European judge to put the kibosh on it. 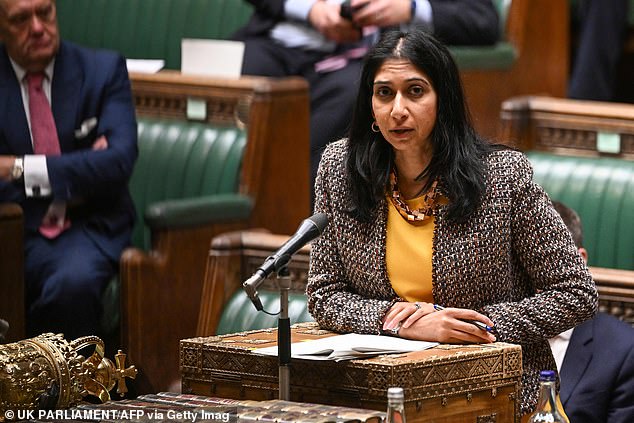 If there is one major criticism to be levelled at the Conservatives, it is that they have so far not only failed to pull out of the European yuman rites racket but have also lacked the courage to defy its perverse rulings.

Twelve years after Call Me Dave promised to replace it with a British Bill of Rights, the Tories are still dithering. In the case of the Rwanda plan, the Government should have simply ignored the ruling of the obscure Euro jurist, loaded up the first plan to Kigali and picked the bones out of it later.

What’s the worst that could have happened? The European court could have fined us. And if we refused to pay, their only sanction would have been to kick us out of the convention.

In which case, job done.

Rishi Sunak now says he will revive the Rwanda scheme. Believe it when you see it. The Left, the legal establishment, the refugee industry, the yuman rites gang, the BBC, the Guardianistas, will all fight him tooth and nail.

What these so-called ‘liberals’ refuse to acknowledge, while they are pointing the finger at everyone else, is that they are responsible for the plight of those tragic migrants who drowned in the Channel this week.

They are the Sirens recklessly beckoning gullible souls to risk their lives on the high seas.

For 25 years, the Left has turned Britain into a Promised Land for migrants. If, as they claim, there is no ‘safe and legal’ passage available, perhaps they would like to explain how, exactly, the population has risen by nine million since Labour was elected by a landslide in 1997?

Most of this extraordinary and unsustainable population growth is down to unfettered immigration, legal and otherwise, which the Tories failed to stem, largely because their big business backers demanded a steady stream of cheap foreign workers.

Who can forget Peter Mandelson admitting cynically that Labour planned to ‘scour the world for immigrants’? As a Labour insider later confessed , the intention was to ‘rub the Right’s noses in diversity’.

The Blair government so debased the term ‘asylum seeker’ that it has come to embrace everyone from those genuinely seeking refuge from oppression to all manner of foreign criminals and terrorists.

Over the past couple of years, the ruthless Albanian Mafia have been exploiting our legendary hospitality — packing the boats with young men destined to work in their drugs empire and money-laundering enterprises.

Why wouldn’t they? Whatever ‘Return To Sender’ deal Sunak cut with the Albanian government this week, most of these gang-related Albanians are here for the duration.

Soft-touch Britain has been willing to grant asylum to thousands of Albanians, no questions asked, even though other European countries refuse all applications on the grounds that Albania is a war-free democracy, a member of NATO and currently applying to join the EU.

Here’s just one example. The Mail on Sunday has discovered that two brothers who draped an Albanian flag on Winston Churchill’s statue recently, during a protest outside Parliament, are convicted people smugglers.

At least one of them arrived here in 2006 claiming, falsely, to be Kosovan. Although his application was rejected, it was overturned on appeal and he was granted British citizenship. Why?

In 2015, the brothers were found guilty of people trafficking but only received suspended sentences. Obviously.

Today they are living in Bedford and are described as ‘influential’ pillars of the Albanian community — presumably in the same way the Krays were pillars of the community in London’s East End.

If we can’t kick out convicted Albanian criminals, what chance do we have of repatriating their 12,000 countrymen who have arrived by dinghy over the past year?

Most of these Albanians — at least, those who haven’t already disappeared into criminality and the black economy — are among the thousands of migrants who, despite arriving here illegally, are now being billeted in four-star hotels across the country, at a cost to the mug taxpayer of £6 million every single day.

Yet still the Left and the yuman rites brigade scream about ‘racist’ Britain and accuse the Government of being ‘authoritarian, callous and insular’, in the pious words of the head of the Refugee Council. 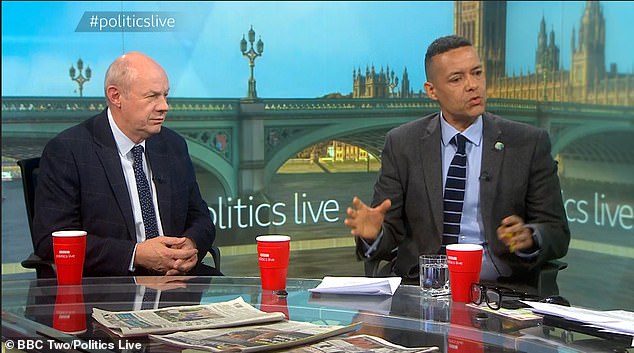 But this is the disgraceful level of abuse to which the Left has been reduced, in order to paint a horribly distorted picture of a xenophobic nation and a hateful Government which would cheerfully pitchfork migrants arriving in Kent.

They refuse to admit — simply so they can demonise their opponents and feel good about themselves — that they have created a Come On Down asylum system which this week literally lured some tragic souls to their death.

Instead of slandering everyone else, it’s about time the hand-wringing, shroud-waving, open-borders, yuman rites brigade recognised that they are the ones with blood on their hands.