Almost five months after her husband was taken away by Russian soldiers right in front of her, Natalia Kulakivska now has hope that her soul mate is still alive. Until recently, Kulakivska wasn’t sure whether her husband Yevhen had been killed or not.

The Russian Red Cross has now acknowledged that he is being held in a prison in Russia, but that’s all she knows. 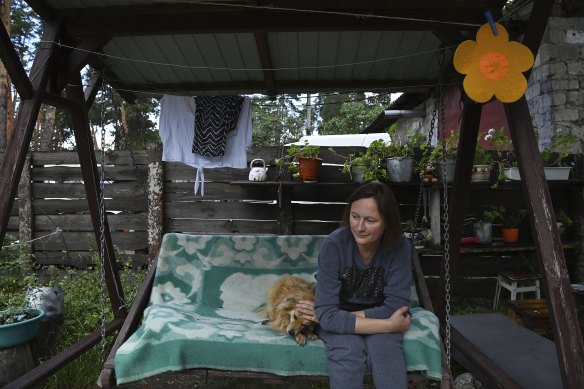 It’s news that Kulakivska doesn’t know how to take. After all, Russia acknowledged that they were holding her brother-in-law Serhiy as far back as May, but that hasn’t resulted in his release.

“It’s not a relief. It’s just information that makes me neither happy nor sad,” says Kulakivska, who lives in the city of Bucha, just west of the capital Kyiv.

“I know that when they acknowledge a prisoner it’s usually when a person has already lost his or her health or is exhausted. So I’m worried.”

The Russian invasion took three of Kulakivska’s family members; her nephew Vladyslav Bondarenko, 20, was shot dead after trying to escape a truck full of prisoners on the way to Belarus on March 22.

The Sydney Morning Herald and The Age first reported the plight of Kulakivska’s family members on July 16 as part of a four-part investigation into widespread war crimes being committed in Ukraine.

Enforced disappearance is a crime against humanity. Many of the practices associated with making someone disappear – torture, depriving them of a fair trial and inhumane treatment – are also war crimes under the Geneva Conventions.

It all started when the Russians began capturing areas in and around Bucha in an attempt to encircle Kyiv in late February. The battle for Bucha, a Kyiv satellite city of about 37,000 residents, was raging by early March and nobody could find out anything. Fearing the worst, Kulakivska and her husband evacuated their two children with a stranger. 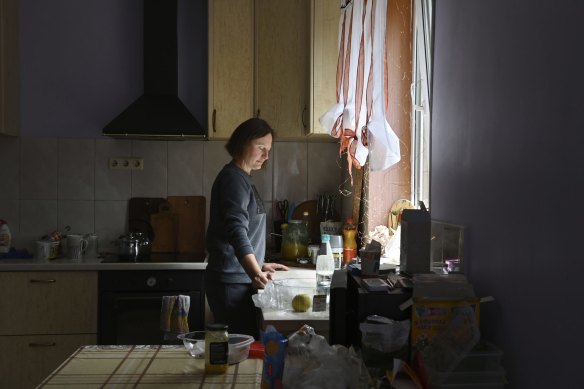 Natalia Kulakivska doesn’t know how to take the news that her husband has been reported alive.Credit:Kate Geraghty

Kulakivska’s sister’s husband Serhiy Lyubych, 37, had gone to collect water for neighbours on March 7, as the town was already cut off from electricity, gas and running water. He never came back, leaving his wife Snizhana wondering what happened to him.

Then Russian soldiers then came for Yevhen, 42, knocking down their front gate and storming into their house with guns on March 18.

The soldiers pointed at Kulakivska while questioning Yevhen. She believes the soldiers were threatening they would do something to her unless he started talking.

Shortly afterwards, they took her husband away, and she hasn’t seen him since. 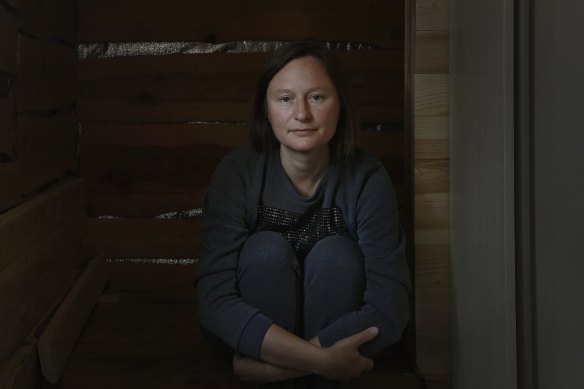 She hopes Yevhen will be released as part of a prisoner exchange.Credit:Kate Geraghty

According to the Ukrainian Red Cross, he is listed in Russia as a normal prisoner rather than a military prisoner. She believes he is being held in a prison in the Russian town of Novozybkov, and hopes he can be released as part of a prisoner exchange between the two countries.

Kulakivska wants to go to the prison herself, but Ukrainian and Russian human rights activists told her that it’s too dangerous. She might not come back.

She wants the Russian Red Cross to go to the prison to confirm her husband is alive, but she has been told they can’t.

She points out that the Ukrainian Red Cross has visited Russian prisoners of war in Ukraine, but it appears no one is allowed to visit her husband.

“Why can they visit Russian POWs in Ukraine but can’t visit Ukrainian prisoners in Russia?”

Asked to confirm whether her husband was alive, the Russian Red Cross said its mandate was limited and referred this masthead to the International Committee of the Red Cross (ICRC).

The ICRC said its teams have been able to access some POWs in Russia, “but not all”.

Get a note directly from our foreign correspondents on what’s making headlines around the world. Sign up for the weekly What in the World newsletter here.